SAM shows that 3 computers have been activated, but I only activated two

Hello, I purchased the Cubase Pro 12 upgrade package, upgraded from Cubase11 to 12, installed it on two PCs, and activated it for normal use, but after two days, the 12 of one of the computers could not run, I opened it When I activate the software, it shows that there are no activated 12 licenses. I tried to activate again but it shows that it has been restricted. After I open the steinberg id account, it shows that 3 computers have been activated, but I clearly activated two.

Did either of the PCs install a significant Windows update recently?

Can the official help me release the authorization of the original computer? Or reset the license and let me reactivate this computer.

If you can deactivate and reactivate both your computers, I’ll delete the activation that doesn’t get updated.

I asked the company to delete all my original activations and then reauthorize me to activate the new computer.

Your company has helped me solve the problem, thank you! 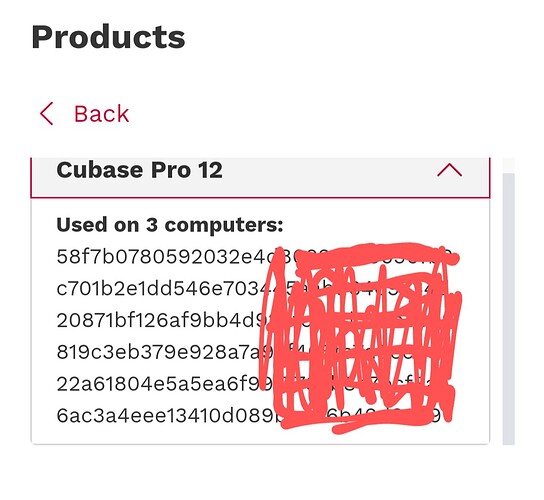 Hi @Mark_Elia , which version of Steinberg Activation Manager are you using? I’d recommend updating to the latest version as we fixed a bug which might lead to this situation. 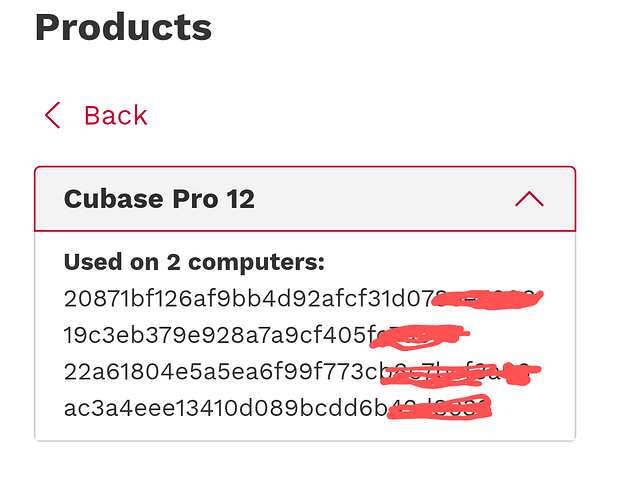 But it is normal the list more than 2 code machine?

That’s only two machines - each code is 64 characters long, I’d imagine you’re viewing on a portable device so the code is wrapping onto a second line due to lack of screen width.

If you spin your device landscape you’ll see.

Sorry, my problem still exist actually. I have deactivate all my computer. But still show used on 1 computer. I think it’s because I upgrade my Mac os Catalina from 10.5.3 to 10.5.7.
Can you help deactivate my existing cubase 12 manually from there? 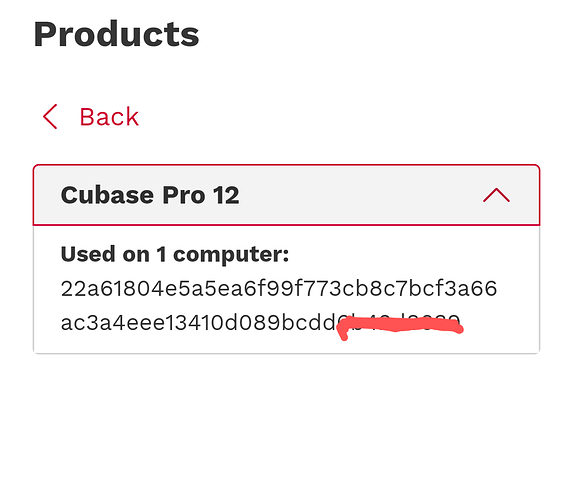 Can you help deactivate my existing cubase 12 manually from there?

I can’t as just a user too.
But I’m sure @Ben_at_Steinberg will help you out. (Just tagged him for you).

Could you PM me your Steinberg ID and I’ll investigate.

Hi Ben,
my problem actually is not completely solved. sometimes 3 computers can’t be activate because in my steinberg id show used on 3 computers. after deactivating 2 computers it turns out that there are still 2 active computers. in fact only 1 computer is active. After I deactivated the last computer, it turned out that there was still 1 active computer left.
I found out that the machine code that can’t be deactivated is the one I circled in yellow. please help to deactivate it from the server.
My steinberg id is [email address removed] id 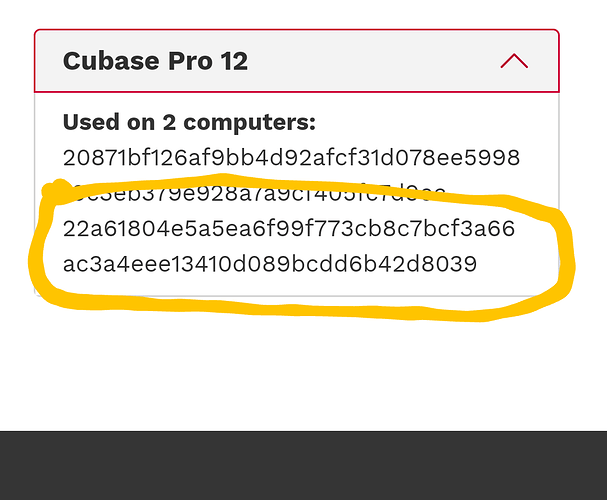 hi i dont know if this is he right way for ask your help but i have almost the same problem with others about activation and deativation of cubase 12 . i had install cubase 12 in my pc but my ssd was corrupted and i made 2 bad formats. now my fresh third installation works but other two dont so in my products shows 3 computers activated . how to remove the other two licences?

Please use this topic to request your activations to be reset:
Cubase 12 activations limit and releasing, Steinberg Team