My understanding from the online manual is that signposts display when an item in the score is NOT visible, like a hidden meter change.

I have a piece that changes key signature twice. The first key change (from C to Ab), no signpost displays. But when I change back to C major, that DOES produce a signpost.

I’m just curious as to why one is shown, but the other is not. Is this a bug, or a particular distinction I’m missing?

Is the key signature itself showing? If so, then no signpost will appear, but of course for a C major key signature there are no accidentals to appear, so only the signpost can appear.

I suspect you did not define C major at the start of the score… If you do, the signpost will appear at the beginning of the score too.

Well, the naturals are displaying to cancel out the Ab signature before it. So changing to C doesn’t seem to be to be an “invisible” key change.

Dan, this is expected behaviour. 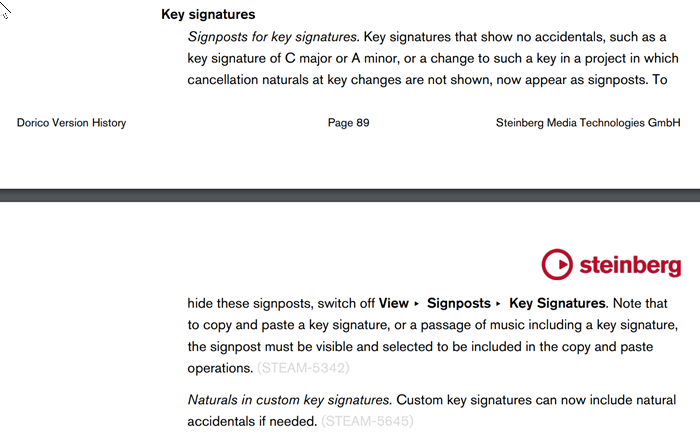