Hi there, just tried to watch the premiere on youtube live, at about 8min 58 secs issues with stream by the end no sound at all, rewatched after live stream ended, same probems. Improvements look good, (from what I could see). Thought Id let you know. … Any update on when 9.0 available ?

Hi mods, I tried to delete this topic as I see the youtube link / video has been removed. I tried to remove topic but all I suceeded on doing was voting for my post - lol.

Please feel free to delete my topic, (dont want to create any confusion. Thanks.

There is now a complete version of the video on the Steinberg YouTube channel: 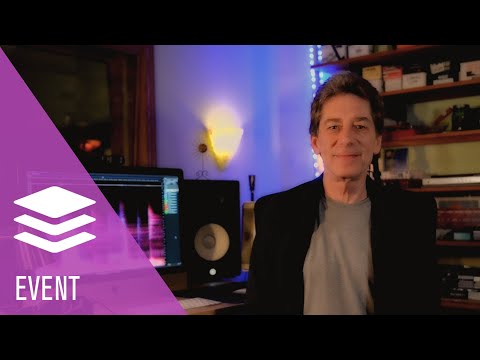 20% discount for all new purchases and updates until 21 July.

Hi David, thanks for the update

That real-time preview will probably worth the cost of the update alone tbh. Huge addition.

I see there will be a 20% discount for the product and to update for previous owners but what will the actual price be? I own Spectralayers 7.

The price has not been announced yet - the information I gave up the thread is the only information that was made public in the “World Premiere” video.

If I had to guess, I would say it is likely to be comparable with current upgrade pricing. Looking at what it costs to upgrade Spectralayers 6 to 8 will likely give you a good idea.

Cool with a new version. However, after watching the video I have a question. I think I was one of the first users to suggest to Robin that a debleed feature would be useful.

I explained the way I (and many others) record, which is live, with a whole band, in the same room, using a blend of mics and direct inputs (line-out from amps etc). I explained how and why it would be incredible to be able to use such a feature to remove say guitar bleed from a drum overhead track (and other mic tracks).

When the debleed feature was introduced (in Pro 8, I believe), I was enthusiastic about its inclusion. However, I immediately realised that the implementation of the feature made it useless for my purpose. This is for two reasons:

So, I suggested to Robin how useful - and really revolutionising - it would be if the implementation could be integrated into Cubase so that you could use the fx sends of a Cubase project’s individual tracks as sources for the debleed side chain, i.e. an electric guitar track etc.

So my question to Robin is this: Why won’t you implement the debleed feature this was? It would mean a complete revolution of the live-recording process. The current implementation just improves on the already extremely clean and well-separated sound sources of a studio recording process, which is clinical today.

Please, please, please, Robin and Steinberg, do implement the debleed in the way I suggest(ed). This would be a greater step than I think you fully understand.

All the best, and many thanks for a fantastic audio editor,

Hi @Magnus_N sounds like this would not be possible within the scope of an ARA plugin, but can you send me a PM explaining in detail your idea so it could be properly considered ? If needed with images to support it. Thanks!

And thank you so much for replying, offering to do this. I will do as you ask, but it may take a little while.

All the best, and thanks again,

However I am delighted, overjoyed really by the evolution of debleed as described at the announcement of Spectralayers 9. It means the fruition of a long wished tool up to a level, some of us have been waiting for before Spectralayers was first launched 10 years ago.

Thus, any change in this regard, please, make it as an addition instead of a replacement or diminish of what has been developed.
Furthermore, it wouldn’t be advisable to divert important developing resources/time into workflow enhancements and particularities related to only certain DAWs, as contrasted with the attainment of novel capacities in terms of improving resolution, delayering and synergic use of the unique tools already gathered in SL, for which us users are, I for one am very, very grateful already.

Debleed will be useful to experiment with for me on already-isolated mono tracks that I’ve demixed.

I’ll tell ya though, I’m one of these guys who just can’t cope with doing surgical stuff within the larger multitrack project daw. My brain has always been wired to operate as if I’m doing edits on stuff flown out of the 24trk tape machine through console, into the 2trk behind me, and then I swivel the chair around to the 2trk to focus on the editing…then fly it back into the 24trk.

It may take longer, but man, if I’m gonna debleed 3 minutes of sn/hh spill from a mono isolated bass drum extracted from one of my 1966 releases, my entire focus is gonna be on what I see/hear on that one waveform.

I just want to see that work area, be it wavelab, spectralayers etc. I don’t even want to remotely see all the other knobs/faders/controls/menu of the main daw. Too distracting

Which is why Ara as a concept, just doesn’t work for me.

Another quirk of mine regarding editing vintage stuff…I personally think multiple passes of signal, multiple conversion, multiple this/that on a waveform edit…enhances the sound one reintegrates to the project. Go figure

My main gripe with the premier is that it claims the crosshair functions are new to SpectraLayers 9, when in fact, they are present at least in SpectraLayers Pro 8.

@DanielAyo you might consider it a late free bonus but it was not here at SL8 launch, and was never advertised nor documented. It becomes official with SL9.

Ahh that’s interesting. I wonder if there will be any hidden bonuses with SL9…