I have watched many videos about gain staging, but I am still confused. When I gain stage my channels with the pre-gain to around -18 dbFS , the plugins (their meters) on that channels only barely kick in (if at all).

For example, the needle of Magneto II almost doesn’t move at -18dbFS input. Also my VU meter as a first insert, to my surprise, does not show around 0 db, but stays very, very low.

Considering that one of the reasons for gain staging is to bring in a good gain into the plugins, I don’t think that I’m hitting the sweet spot level that way at all.

The level on magneto input left meter will be what you’re putting into it. If you have -18 DB going in you’ll have -18 DB in the meter. The output meter however you can drive up by using the output knob. The meter on magneto is digital even though it looks like a VU. So 0 is 0. Not like the analog to digital conversion of -18 is 0 on a vu.

Thank you, Wickham_Sky - understood. But I wonder if plugins like Magneto are really working in their sweet spot that way if the incoming signal is even only barely visible.

I am additionally confused by the fact that my VU meter plugin (mvMeter) by far is not hitting 0db (despite it is set to “VU” with an offeset of -18 bdSF).

The recommendation to aim at -18 dbfs is to make your VU meters hit around there. Peak level can almost always go much higher.

Actually, in the digital world anything under 0 dbfs is ok. The only strict reason to adhere to the -18 recommendation is if you have plugins that model analog stuff and that these plugins sound best at that kind of rms input. I’ve personally never encountered a plug-in with that limitation.

I tend to keep my levels decently low (under, say, -12) but that is only because it prevents levels on buses from building up, not because it makes any sonic difference.

Thank you. Well, yes, but as I explained my VU meter does not hit 0 at all, and also the other plugin meter stay very low.

No, no. The VU meter can’t tell if you’re hitting 0 dbfs. Only the peak meter do that.

And what I really meant to say (in a convoluted way) was:
Skip the -18 rule (except perhaps in some rare circumstances)

I disagree with “skipping the-18 rule”. Having your audio at -18 allows you to keep your sliders closer to zero for better adjustment when it comes time to balance your tracks. Once you start dealing with compression and reverbs pertaining to your loudness levels and peaks before mastering your wish you used the -18 rule.

Thanks again! Okay, yes, the VU meter should not tell if I’m hitting 0 dbfs, but I was expecting it shows when I’m hitting 0 db, which it does not, but which I believe is the very purpose of that VU meter. Hmmm.

You seem to misunderstand how the “-18 dB rule” is meant.

Meters have different ballistic behavior. Peak meters, RMS meters and VU meters may show the same value when feed with a steady sine signal. But when fed with real music, ballistics comes into play, and the displayed values may differ greatly.

The recommendation to aim for -18 dBFS originates from times when VU meters were commonly used. This means that you should not aim for peak values of -18 dBFS, but rather for the 0 dB mark of a VU meter that has a reference level of -18 dBFS. That is, a VU meter that shows 0 dB when fed with a sine wave of -18 dBFS.

As has been stated correctly, gain staging is not really necessary with DAWs that use floating point math. However, it is quite useful and I absolutely recommend it. Starting with tracks that have similar signal level, and a reasonable level in particular, is quite helpful. When the mix has been completed, your volume faders will all be in similar positions, not too far below the 0 dB position. Somewhere between 0 dB and -10 dB.

I have been using VU meters with good success for some time. One thing that I do not like about VU meters is that the needle is rather “nervous”. Sometimes it is hard to find out the proper gain setting when using a VU meter.

For this reason, I have now switched to RMS metering. RMS meters integrate the signal for longer time, and as a result they show a more steady signal. Instead of a VU meter, I recommend using an RMS meter and to aim for -20 dBFS RMS.

Try the free “K-Meter” plugin by Martin Zuther and set it to K-20. This will show the zero mark when the signal hits -20 dBFS RMS. The resulting signal level will be similar to a VU meter at 0 dB. With a sine signal, the level is 2 dB lower. With music, the signal is actually a bit louder than the one obtained using a VU meter.

On the master channel you may set the meter to K-14. This will give you a signal level that has similar loudness as commercial recordings.

To me, gain staging is for your work flow, not a hard rule to follow.

Here is a link for the K-Meter by Martin Zuther: 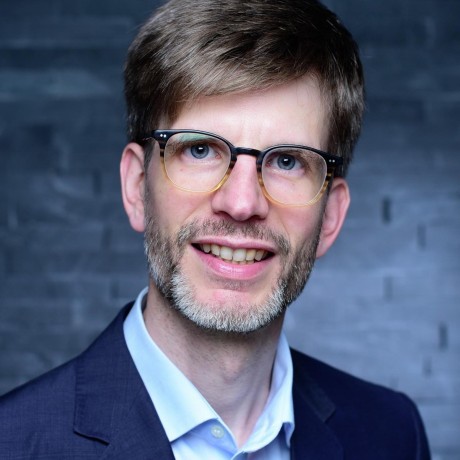 Thank you. But when I’m aiming 0 db on my VU meter, I have around -6 dbfs in my mixer meter, which is very likely too hot. I was my understanding that 0 db would equal -18 dbfs and not -6. I somehow still not have that straight in my head yet. I apologize.

I’ll definitely try that out.

@TOMOX Just take one channel… let’s say a rhythm guitar. No inserts. Pre-Gain set to 0. Channel Fader set to 0. On your track when you play it back what reading do you see on your basic Cubase track meter? The number at the bottom… The left number will be |0.00|?.??|

Let’s say that number ends up being -4.00 dBFS … that’s the peak. So the RMS might be -12 dBFS. Now take your Pre-Gain and turn it down 6 dB. Click the track meter to reset it. Now your meter should read something close to |0.00|-10.00|. You make adjustments to whatever signal you have to get close to those numbers.

Now put a meter on your track. Try to find one that can do VU and also RMS.

The VU meter should have it’s needle moving somewhere between the -20 and -7 marks. It’s not going to hit 0 because your track is down so it can be combined with many other tracks that will sum up to the Master Stereo. Now find an RMS meter and get things adjusted to that -18 dBFS RMS not Peak… so your Track meter might read -10 dBFS or -8 dBFS PEAK

Now make 10 copies of that track and watch what happens to your Master VU vs your individual track VUs.

As to hitting an FX I would use your ears. If you think the FX needs more gain then you need to turn it up. As long as you don’t clip inputs and outputs just go with what you need. Maybe a certain track needs -8 dBFS to work. That’s ok.

The -18 dBFS is a guideline, starting point, and regardless if it’s a model or the real thing, not everything gets used the way it was designed. The old manuals for guitar amps probably had a note to not turn them up to where they distort.

Your mixer meter is a peak meter. Peak meters are useful sometimes, but for mixing it is better to rely on a VU meter, an RMS meter, or a K-meter (which is just an RMS meter with shifted zero point).

Depending on the input signal, peak values and VU (or RMS) values may differ greatly.

In case of a simple sine wave, the readings will be identical. In case of a synth, results may still be similar. But in case of a snare drum, peak values will be much higher than VU or RMS values. Raw drum tracks generally have very high peaks, but these peaks are very short. They don’t add much to the perceived loudness of the track. You can reduce the peaks using a compressor or even a limiter without a significant change in perceived loudness.

If your VU meter hovers around the 0 dB mark, you are doing it right. A reading of -6 dBFS on the peak meter is ok and should not be considered too hot.

It is best if you try to understand the difference between peak and RMS levels. Google “peak vs RMS”. There are lots of articles.

when I’m aiming 0 db on my VU meter, I have around -6 dbfs in my mixer meter, which is very likely too hot. I was my understanding that 0 db would equal -18 dbfs and not -6. I somehow still not have that straight in my head yet.

Ok, here just do this… I think this will clear things up for you.

Turn your monitors down low…
Go to an empty track. Insert Steinberg TestGenerator
Set it to Sine, 440, -20
Now put a VU meter after
set it to -20

Notice where the needle is? That’s because this is a steady state signal and music is not.

Now again keep the speakers low… if you click on the 0dB button, the VU will read +20dB.
Notice also that you can still push your channel fader up before it clips by another 3dB that’s again due to the steady sine wave.

What the -20 or -18 on the VU is basically telling is that you have -20 or -18dB of headroom to work with by watching the needle. When the needle hits 0VU you still have that much more headroom.

Now back to the test tone. Move the dB slider down to -30dB. Notice the VU drops to -10VU. Click your fader Peak meter to reset it. It will now read -30dBFS.

So now remember when your instrument track was bouncing between -20 and -7VU. You are right that is low but you are dealing with a fast acting PEAK meter and a slow acting AVERAGING meter and a dynamic source.

But with a steady test tone they do align… or can be aligned.

All you guys are awesome and I so much appreciate your time - @Tom_B @Torbjorn_Hedberg @Heinrich_Hohl @evanh75 @Wickham_Sky ! I apologize for my knot in my brain.

Yes @ all, I think I will need to read more about Peak vs. RMS. I tried out what you said, @Tom_B. After the third copy of that track (all -10 dbfs on the track mezter), the Master clipped, so I don’t think I got it yet. But I will re-read all and try it again, also what you said in your next post. Thank you!

So, as far as I am understanding now, the target of -18 dbfs does not relate to -18dbfs on the channel meter (despite my understand after having watched several videos about this).

Now again keep the speakers low… if you click on the 0dB button, the VU will read +20dB.
Notice also that you can still push your channel fader up before it clips by another 3dB that’s again due to the steady sine wave.

I just tried that, and actually: no! The master right away clips without even touching the fader when I click on 0 db. I tried it out: It starts clipping at around -4.5 db in the test generator.

Are you sure you are playing back the SINE wave? First button on left.

At 0dB that should read -3dB on the track and master.

What is your metering set to? The name in the SCALE box and the numbers along right hand side of meter.

It is set to +3db Digital (Channel Meter).

I just noticed that I had loopback option enabled (that just popped to my mind!) and turned down the stereo input channel.

I did the test again and now, when sending sinus at 0db, the track meter shows exactly 0db (but not -3). I can’t move the slider up without clipping.