Contrabass (string instrument) does not always double the cello.
Also, the word “Contrabass” consists of only one word with a shorter abbreviation: “Cbs” (shorter than “D.B.” which takes 4 char space).

Double Bass was common long before Sibelius came into being, and some of us prefer the term.

As far as I understand it, both terms are used in the English-speaking music world, e.g. here the Philharmonia orchestra uses “double bass”. I’ve certainly come across both used in staff labels in professional scores.

Both versions are available in Dorico by default, saving anyone with a strong preference either way the need to rename instruments manually.

(Additionally, I’m not sure I’ve ever come across contrabass abbreviated to ‘Cbs’, it’s generally ‘Cb.’ or just ‘Cb’.)

Piling on here. In my little musical world, “double bass” is the term to use.

It’s not called Double Bass because it (often) doubles the cello, but because its most common register is (in principle) an octave lower than ‘regular’ bass instruments like cello, bassoon etc. It corresponds to the 16-foot register of an organ, where the cello represents the 8-foot register.

Both term works. I chose Contrabass (Cbs) for simplicity.

(Additionally, I’m not sure I’ve ever come across contrabass abbreviated to ‘Cbs’, it’s generally ‘Cb.’ or just ‘Cb’.)

My mistake. Cbs. is the plural form.

Double Bass is pretty standard here in the U.K. 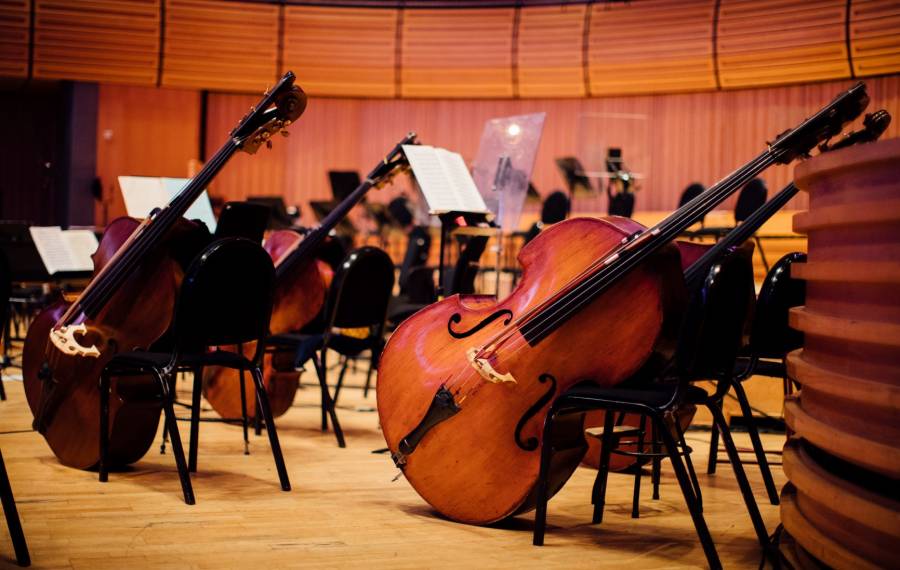 Oh, and Gould doesn’t even have an entry for Contrabass in the index. She seems to use Double Bass throughout.

Curiously Double Bass is indeed more common, yet Contrabassoon survives over Double Bassoon. In orchestral rehearsals one just refers to Basses and Contra without any ambiguity…

I wonder what the German/French/Italian usage is?

Contrabaixo in Portuguese, Contrabajo in Spanish, and I think in French it’s Contrebasse. I’ve never heard of double bass outside the anglophone world.

The German term is “Kontrabass”. There is no direct counterpart to “double bass”; but then again, the register the double bass is referred after is called “Kontraoktave” (contra octave) already.

In German we call this instrument “Kontrabass”. Or colloquial “Bass-Geige” which would be “bass violin” in English.

“Doppel” (=“double” in English) is in German never used to describe any instrument in the lower bass register. We always use “Kontra”, like Kontra-Fagott, Kontra-Basssoxophon …

Looks like the entire Europe continent is isolating the UK again (plus other Anglophone countries).

Indeed, in France it’s contrebasse and nothing else.

In German we call this instrument “Kontrabass”. Or colloquial “Bass-Geige” which would be “bass violin” in English

Thomas, this may lead to confusion;
Bass-Geige names the bass instrument of the violin (string instruments) family - just like the bass voice in a choir (of singers). In modern terms Bass-Geige (or bass violin) would be the „Violoncello“
Nowadays people might use it for the Kontrabass, but it’s actually historically not correct.
When Mozart writes for „2 Violinen und Bass“ he does not mean the Kontrabass necessarily.

Other nicknames for the DB: bull fiddle

According to good ole Wikipedia (the German one), there is the distinction between “große” (large) and “kleine” (small) Bassgeige. You may take a guess which one pertains to which instrument.

In any case, the term is rather colloquial, I would say. Personally, I mainly know it from the German dub of “Some Like It Hot”, where it is lovingly applied to Jerry’s

I prefer the use of Contrabass for a solo bass to distinguish it from the bass section in a bass concerto. In chamber music I use Contrabass. The use of Contrabass in England lasted until sometime after the death of Dragonetti in 1846 and by the time A.C White wrote his method in the 1890s, the use of Double bass was quite widespread. When the German methods by Warnecke and Simandl were published in America Kontrabass was translated to Double bass but they also use string bass. I adopted the use of Contrabass myself to stop people miming at me when I told them which instrument I played. If you tell none musicians that you play the contrabass they will generally not want to appear ignorant so they usually say “that’s nice” and leave it at that. I would prefer it if Violone were an option because that is the most accurate name for the instrument.