Is there way to invert the display of the controller curve? I would like the curve to mimic the pedal movement. 127-0 being show as 0-127 top to bottom.

This would theoretically mimic the physical pedal movement.

It sounds like you might want to to change the polarity of your pedal, which normally can be done on the pedal itself, or the keyboard it’s to which it’s connected. Or you really want the display to be upside down, which is not possible afaik.

I don’t think this will do what you want, but here you go anyway…

you can use the Input Transformer to invert (Cubase term is Mirror) to mirror the values.
Mirror Value 2, using 64 as the axis, which is param 1. 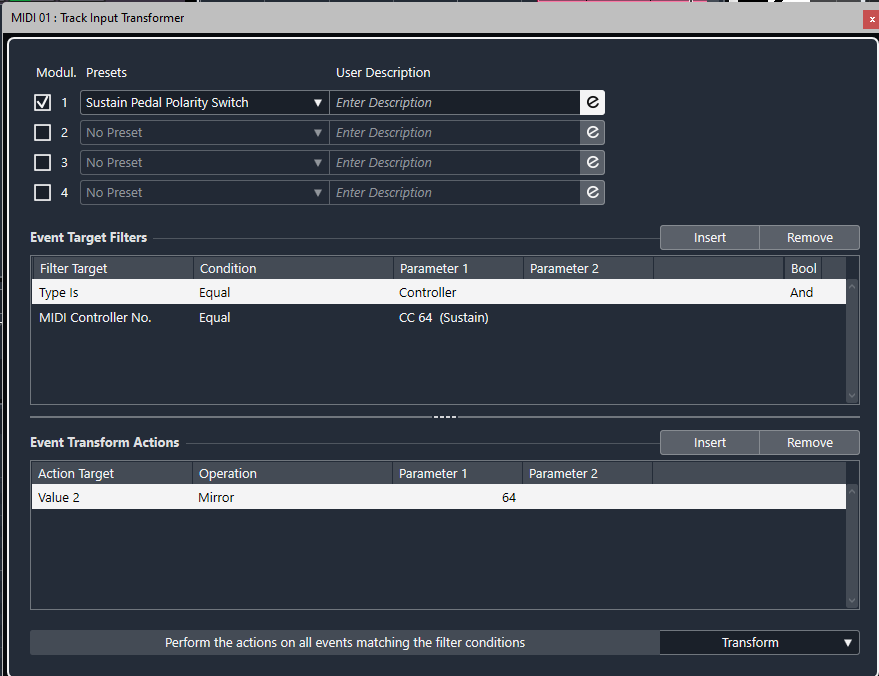 you can invert (or Mirror) the cc data using the Logical Editor.

Thank you so much for your reply Steve and making the effort, very kind of you… I may not have been so clear. Is it the actual display style in the key editor that I wish to invert, not the actual midi itself, just how it appears on the screen. The idea being that when off, 0, the zero value is at the top rather than the default bottom position of the graphic.

The only way I can think of to get that result would be if you could customize it in the synth or VSTi that is on the receiving end.