Hi there,
I am hoping there are some Townsend sphere microphone owners out there who understand Cubase better than I do. Here’s my question:

In order for the Townsend microphone to work properly, you have to load their plug-in into the insert rack. Now, I am interested in trying out a variety of FX chains as part of the learning process. But when I load an fx chain preset into the insert rack, it deletes whatever fx plugin effects were already there, in this case the Townsend plug-in. So I would have to re-load the Townsend plug-in after each fx chain that I try. This is too cumbersome to be practical.
Is there another way?

Maybe this will work for you:

In other words create routing so, there’s a Group Channel between your microphone’s Track and the main mix output. And then put all of your other FX chains in that group channel.

As Nico says the workaround for this is pretty straight fwd to be honest:

Here’s a few options, all of which I use:

For layered vocals you can even do this:

Let’s say you have 8 BV parts.
Send each of the 8 parts to a Group A
Insert 1 Sphere into that group, (which will affect all 8 parts).
Route Group A to new Group B

Downside of the BV approach is that you have the same mic emu on all 8.

My usual approach for this is to do as in the first explanation. Put a Sphere plugin on each vocal channel and then route them to a Group with FX.

If you use the native Sphere plugin (not UAD) you can use many of them with no issues, very low latency and CPU.

Thank you both. That’s very helpful and it makes a lot of sense.
I’m still working on my routing skills, so I may have some follow-up questions after I go and try out your suggestions over the next few days.
One thing I did try was to put the Townsend plug-in on the input channel. That seem to work, though the drawback would be that you can’t change the mic emulation after recording. (as I understand it)

Anyway, I’m heartened to know that there is a solution.
Thanks again,
Dave

Yes definitely don’t put it on the input channel unless you want to be stuck with whatever mic you used on record.

Easy way to do the routing side is:

Find your mic output channel, insert the Sphere there and then have a quick look here (I have marked the relevant timing for you). The video is done on Nuendo 12 but 99% of the features are the same as Cubase, video is a little waffly as it was originally a live stream.: 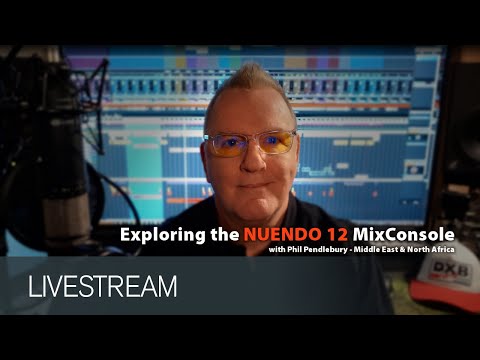 You may also want to have a skim though the rest of the video at some point.

So I tried it (putting the effects on a group channel) and it worked!
Very easy actually.
Thanks again!
Dave