Unable to use buffer size higher than 512MB

what could cause this. audio performance is unstable no matter what.

Focusrite 1st Gen 8i6 goes much higher but perfomance is lacking

You definitely have some issues, dude.
Not sure what’s making your graphics driver go nuts, but I think I have an idea why you have the USB driver causing issues: that’s the Legacy USB driver. You probably don’t need USB 1 support anymore. USB 2 has been out for ages. That’s usually a setting in your BIOS/UEFI so you’ll need to get the manual out for your MOBO and disable Legacy USB 1 support for your USB ports. Just Googled and found this old screen cap. Yours will almost certainly look different but it should give you some idea of what you’re looking for 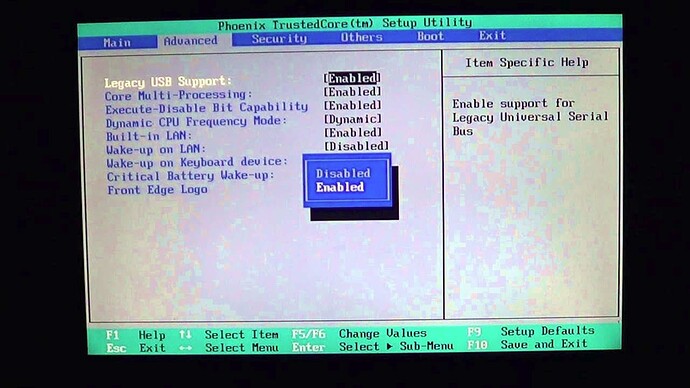 I’ve got a fairly recent build and these are the USB drivers I see in LM (no USBPORT.sys file):

Thanks for the reply,

My advanced tab doesn’t show a huge amount of options for one reason or another. That’s also something I’m trying to figure out, I only have basic options. I’ll have a look through the manual for other ways though, thanks!

What’s your exact MOBO model?
You can use Speccy or CPU-Z to find out if you don’t know.

I was going to try and update the bios but I don’t have a spare USB drive at the moment.

The manual doesn’t really go into BIOS details. You’ll just have to go into the BIOS/UEFI and figure it out yourself. Updating the BIOS/UEFI is probably a good idea as well.

I think I’m just going to have to leave cubase alone until I upgrade my computer. I’ve gotten no reply from support & mods have given me the best help they can but the amount of issues I have are unbelievable. It’s holding me back atm; and it did a few years ago too.

I’ll have to try another program unfortunately or try and install cubase on my laptop which is a better machine, but I’m worried about the whole plugin activation process… it’ll take some time

I don’t know if that’s going to help. Those Latency Monitor scores aren’t Cubase specific. You’re going to get dropouts in any program I would think. You need to fix the USB Legacy problem, but the GPU is even more perplexing. If you open Task Manager and sort on GPU Engine what’s at the top? 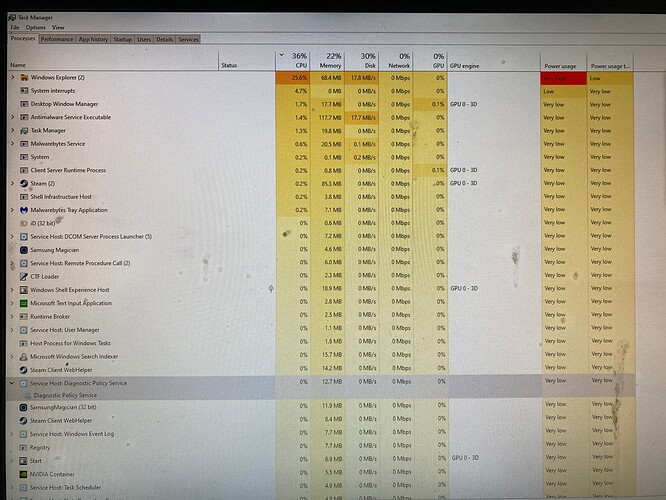 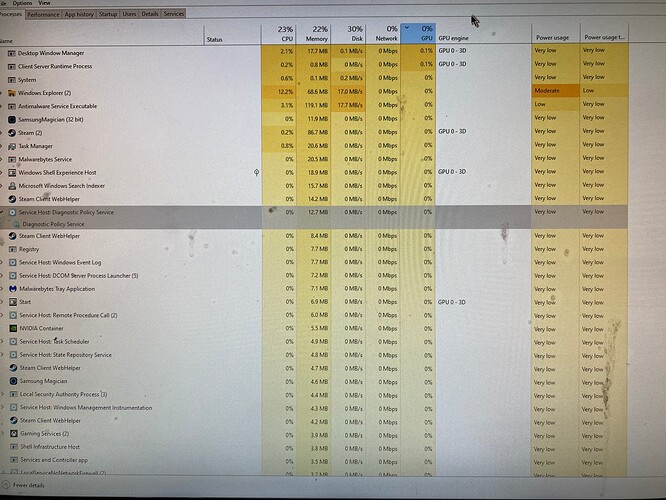 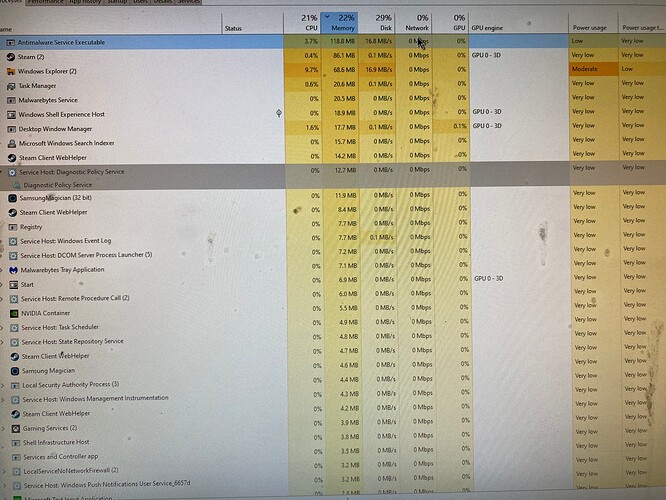 Also, there’s a SvHost process that I constantly have to close — Connected Devices Platform User Service. Takes up about 1GB of ram each startup.

I’ve checked the integrity of the windows files on my system and n errors came back, I’ve updated every driver on my system etc. .

Regarding the legacy USB port, I did see someone say they bought a USB 3.0 PCI, but they had to disable all of the other slots. I’m using about 7 ports at the moment. So maybe I could buy a USB 3.0 PCI, and a USB hub. But then like you said there are futher issues with the memory etc 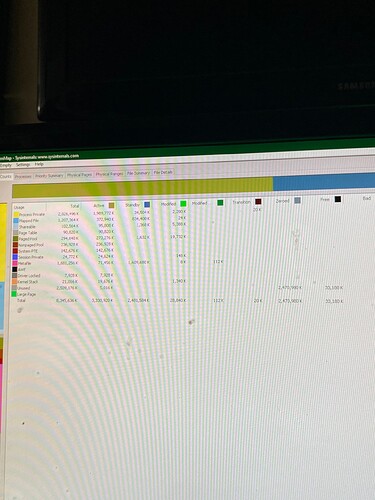 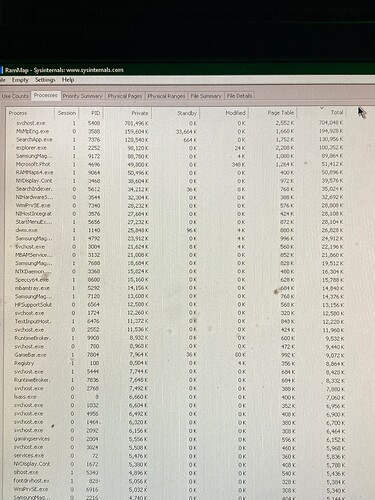 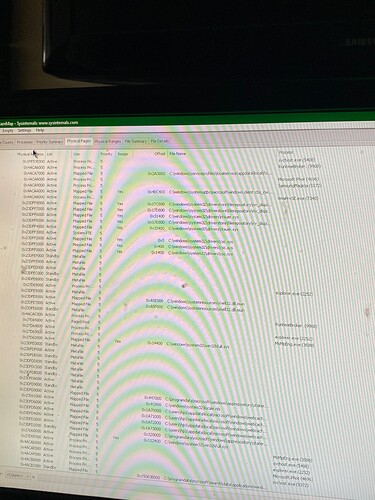 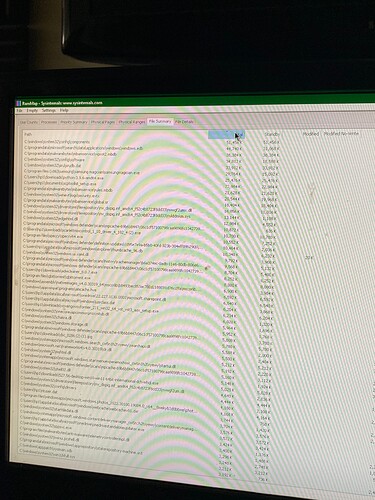 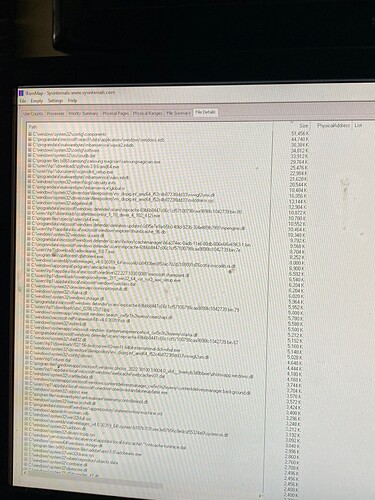 Is the Windows Antimalware running constantly like this, or was that just an update installing at the time you took the screenshots ?

That looks clean though, but I think you don’t need Malwarebytes. You can disable the launch at startup. Same for Samsung Magician. If you don’t need this it shouldn’t be running. Also try with Steam closed.

But again the problem is the USB driver for sure.
This could definitely be a device that makes the controller work too much. Try unplugging USB devices and see it you find the culprit. If it still behaves wrong with just the mouse and keyboard then it’s software related.

@SF_Green Concerning the graphics driver it looks perfectly normal to me. I have a Nvidia GPU and it has interrupts around 0.15 ms too. Doesn’t interfere with DAW at all. I think the graphics driver is simply reporting a false value.
Wait, I don’t know where you were looking at but the highest ISR (DirectX) is in plain green with 140 us. Not the one above with 4724.

Yeah, the USB thing is about the DRIVER causing problems, not how many ports you’re using. Do you have something that’s like 20+ years old plugged into a USB port? USB 2 and 3 should be fine. If you do get a hub, make sure it’s a powered one, rather than passive. Otherwise you can run into issues if anything USB uses a lot of current.
I would try disabling some extra processes. I see Steam open so I assume you game, but unless you use a lot of custom hot keys and stuff like that, you can disable the nVidia Container process. It doesn’t affect your graphic display it’s just for hot keys and some other custom stuff.
Also, it looks like you have a desktop, so you probably don’t need the text input, CTF Monitor stuff, so I think that can be disabled by going to settings > system and under Tablet mode make sure your profile is set to desktop. Also, in services find Virtual Keyboard Service and disable (unless you use the software keyboard for something). I tend to disable everything I don’t specifically need as of anything past Windows 7 - Microsoft has bloated the hell out of WIndows these past 8 or so years. Just Google any services you aren’t sure of and see if you can disable them.
Another thing is since you game, I would always reboot after a gaming session before using Cubase. May help with the graphics driver using so much headroom.
Just for comparison here’s what mine looks like: 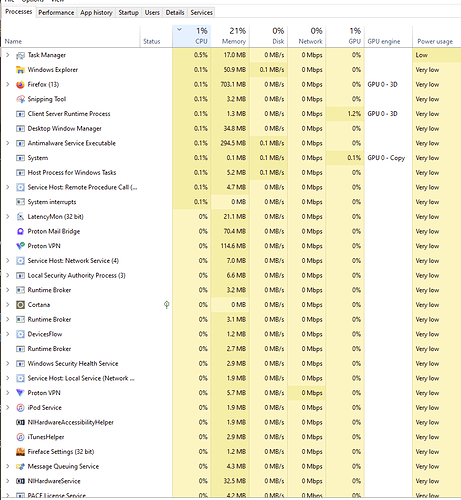 Hi @Louis_R (& @SF_Green) - I’m going to use this one message to reply to you both because you’re both onto similar ideas.

Malwarebytes is always running, though I’m not paying for premium at the moment so it shouldn’t really even be doing much. Do you think it’s best to install and run it when needed instead?

Your CPU/chipset is not supported for Cubase 12, also not officially supported by Intel to run Win 10. Your BIOS is running in Legacy-Mode. Please install Cubase Pro 12 on a supported machine.

I expected that, but I’ve been using cubase on that system for so long — I mean it’s old but it still does it’s thing lol. I think the system is actually only officially supported up until windows 7/8 by HP & intel.

So I think my options are as following, try the remaining steps both of you have outlined & see if things improve. If not, then transfer cubase to a laptop i have (Toshiba Satellite p50-C). The specs are as following:

Are those specs enough?

The system seems fine, need to fix the display & the fan is a bit faulty. And it doesn’t last long without power, but I think those issues are much less an issue than the ones on my main machine lol

Also what’s the best way to move all of my plugins across to a new system? Can I just copy the Vst3 folder?

This laptop looks much better already, no doubt Cubase will run more than fine on it.