I see the Portico and Yamaha Vintage Plugins are still listed as incompatible with Catalina.
Can we expect these plugins to get updates some time in the future or are they basically abandoned?

I am waiting for these updates too. If they abandon it, it would be such a disaster for me

I use these too.
I have been exploring the use of these in Catalina as part of a rebuild of OSX and Audio software. Here’s my thoughts and observations.

1: Clearly the old installers for Portico don’t work so installed the old way to test. Installed the latest download version with the retina fix. (1.2.x)
2: Found that the plugins do appear to run so if the processed track saveable / exportable. The algorithms process can still be used. Still experimenting on this. Could be critical on salvaging past projects within Catalina.
3: Cubase plugin manager doesn’t blacklist.
4: Problems occur on Cubase exit, project itself crashes. I note the project cpr file still exits, but there’s some interaction with the licensing system code (SEl error messages occur). Cubase cannot then be restarted without a machine reboot.
5: Tried using within Blue Cat Patchwork’s outside of Cubase . Sound processing ok but similar problems to Using within Cubase in not a clean exit from program with plugin as it messes with the underlying licence validation coding of the eLcc.
6: Works fine however as a component plugin in Logic proX. Great isn’t it that your competitor runs your plugins better that the originator, This indicates the problems should be fixable if Yamaha or Steinberg have the will to do so. These plugins were not cheap to buy and their failure tarnishes the Neve brand endorsements as well as Steinberg and Yamaha.
I note that this is not a standard 32bit to 64bit failure here as window versions have 64bit downloaded. So I guess this is only hitting Mac customers, which seems unfair given they paid the same as your PC customers. Perhaps a rebate should be given to that group if they are not going to be fixed.

So come on Steinberg step up to the mark on this one. At the very least explain the problem.

Portico plugins were not cheap to purchase - I think we should get better support from Steinberg. The next Mac OS will soon be published and yet there is no support for Catalina. I am not impressed.

All I get from support is they don’t work.

Look at the Steinberg shop you have to look at the small print at the specs for Mac to see they require High Sierra, which in itself not correct as they ran on Mojave. It shows they will run on 64bit windows, but its not obvious they won’t run on 64bit Macs OS unless you are technically proficient with understanding which Mac OS are 32bit and which are 64bit. The problem is also not simply a 32bit v 64bit thing given the code runs on 64bit windows. It seems its linked in some way to embedded security of the dongle activation. If this is the case this should be fixable by their development teams.

I think we as Mac customers are simply being thrown to the wolves as a minority group on a 2 plugin bundle which costs us £360.

As a long term Steinberg Customer this puts a dent in the relationship. Not happy. How many Mac portico customers are there I wonder and how do we make our collective voices heard.

I agree to be honest, I liked the sound but they were far from cheap and support has been poor.

I can’t imagine updating them would be technically impossible but presumably there isn’t much of a user base, they were always extremely expensive. Most users have probably already moved to other products with just the occasional backwards glance at Portico. I would guess the market for a paid-for upgrade would be very small given other alternatives in the market and given that many users’ expectations for EQ and dynamics has shifted in favour of more modern interfaces (with lots of options for monitoring, spectrum displays, etc).

I have been with Cubase since pre VST days (!) and one thing I do know is that while Cubase has endured, Steinberg’s hardware as well as software add-ons come and go. This isn’t always handled well and does dent the relationship.

I have bought a few bits of abandonware from Steinberg over the years. While I don’t expect everything to last forever they should know that I wouldn’t pay so much for any non-core software or hardware from them again.

Decided to leave these behind. Sold on now.

Case of once bitten twice shy.

Going to give izotope a try.

You could not make it up! Very shocked to see Catalina / Big Sur compatible versions released today. No idea why this could not have been flagged up in advance, but RND Portico Plugins are still alive

Very good that they finally released updates, but a strange problem appeared for me after installing them. I can’t use Yamaha Vintage Plugins - 601 - 260 & 276 anymore. Trial license expired error appears every time I try to start plugins. I own individual licenses for 601 EQ, 260 & 276 compressors. I tried to install bundle then uninstalled it and tried separate installers. Nothing works. I also have RND portico bundle and Vintage Deck and both of them work fine after the update. I also installed latest licenser, updated database and tried repair option on my elicenser. Nothing worked. Created support ticket. So be careful it can happen to you too.

I recorded a video showing the problem 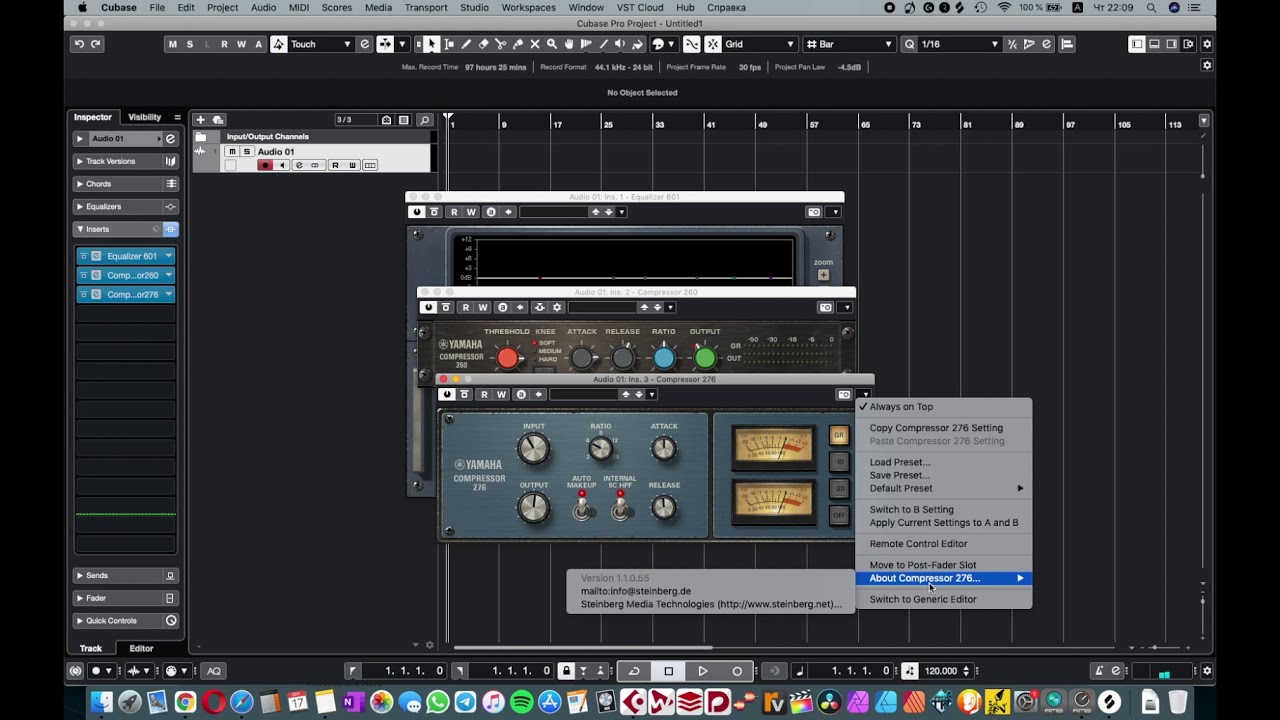 Too late for me as sold on to a windows user, and I’m pretty annoyed at no pointers that these were being worked by support on despite asking. I know I can’t afford to replace.

Ivochkin. Just for Info
I’ve just installed the individual Comp 276 and EQ 601 updates to those I has bundled with my AXR4 interface. This is the first update I have tried for those.
The Dongle security licence for those appears to be held in Advanced FX Suite on my dongle. I assume those without the AXR4 hardware see specific software related licences on the dongle.
The VST and Component plugin versions now read at 1.2.6 on my system (prev v1.2.5) and both appear to open OK at present on first tests. However I noted in the small print about these plugs in their supporting PDF it refers to a 25 day trial licence being a standard with a new dongle. If true (as I have also recently updated my security dongle) it might be I won’t see a failure for 25 days. However I don’t really understand that small print as there is no reference to any trial versions of the EQ601 and Compressor 276 in MySteinberg account. I can only assume the licence for the software works differently for those who had them bundled with their hardware purchase.

However I did have this same message occur frequently for me on my Portico plugins when I upgraded to Catalina from Mojave even though I had the full licence on my dongle, so I assumed the issue appeared to be in the security validation not liking an all 64bit OS.

For the Portico plugs I did see a trial version licence in MY Steinberg account but never activated it as I had bought the full licence.

Unfortunately for me as Steinberg told me Portico wouldn’t work with Catalina and never confirmed they were working on a fix, I sold the plugs so never got to the bottom of the issue of that error message. Pretty annoyed now they appear to have fixed those.

Be interested in what the fix turns out to be with these Yamaha VCM based plugs. They seem to have a slightly different security validation code with this 25 day trial validation code being called instead of looking first for full licence.

Good luck and if I think of anything while you are waiting for support Ill let you know.