i had an eye amputated

Other than that … good luck with the new setup!

The “Easy Mode” that’s barely slipped into the frame is the cherry on top. Easy mode indeed!

My best wishes, may this piece of silicon give you many hours of creative and carefree joy!

Yep , i’m afraid so , but cheers , it’s released a world of creativity lets put it that way

The “Easy Mode” that’s barely slipped into the frame is the cherry on top. Easy mode indeed!

My best wishes, may this piece of silicon give you many hours of creative and carefree joy!

Thanks , sorry if on sound abrupt on the forum , i don’t mean too.
Ive just finished porting over all my settings so , it’s time to swap .

Easy mode ,thats me all over

With AMD injecting real computation in to the CPU market, there are quite a few options out there for a DAW only, orientated system.

When I initially built the x99 system, I was looking to game, do video editing and make music, but over time, and with certain hiccups I’ve had with regards to CB and my UR interface, I’ve decided my next build will be solely for Audio Production and Video Rendering.

I’ll be looking at price to performance, rather than the “Just build a beast” approach, that I adopted.

The i9 9900k is a fantastic chip, great reviews. Seen some decent combo buys on EB, while I get itchy fingers, sweaty forehead, rapid heartbeat, do I, don’t I? Nope, cash strapped right now, dang.

I had a look at the 9700k and the TDP has a 95w power draw, plus Intel upgraded the thermal paste for the 9th gen chips’ and going forward. For me, that would explain how that cooler can keep it so cool. That’s what I want to achieve on my next.

no advantage of Using all 3 M2 sockets because the bandwidth will suffer .

You would have to push the system pretty hard for that to happen, rendering 4K videos, multiple large file transfers at once etc, but yes, that is a small possibility, considering your use case scenario.

Since the Z390 chipset is capped at 24 lanes, using all three M.2 slots would render certain SATA ports’ unavailable. This would be my only concern. But if I could use all three M.2 slots with guaranteed faster data transfer than SATA 6G (which would likely be the case), I would sacrifice those four SATA ports’ (if not needed), rather than the remaining two M.2 ports’. Loading massive sample libraries for instance, would be faster, and in general, the system would be snappier. One of the reasons I went for the x99, that offered up to 40 lanes, a lot more bandwidth to play with.

if i was making it up id only be fooling myself.

Sorry if my previous wording, led you to think I was doubting your post on the temps. Not at all FilterFreq, I was genuinely taken aback to read such good temperatures with the AKASA cooler. That was before discovering the 9700k’s TDP of the claimed 95w, as apposed to the 6950x’s claimed 140w, puts it all into prospective.

But anyhow, you’ve got a nice rig that will serve you very well. Would love to hear about demanding projects you may run, and how the system handles them.

Woooow , im a A bit shocked to be honest . This build has blown me away , i really didn’t expect this sort of performance . I knew staying with the Z series chipsets would be a good move but this has far exceeded my expectations .
This is exactly how the desk top stays for quite some time , lean mean stable machine 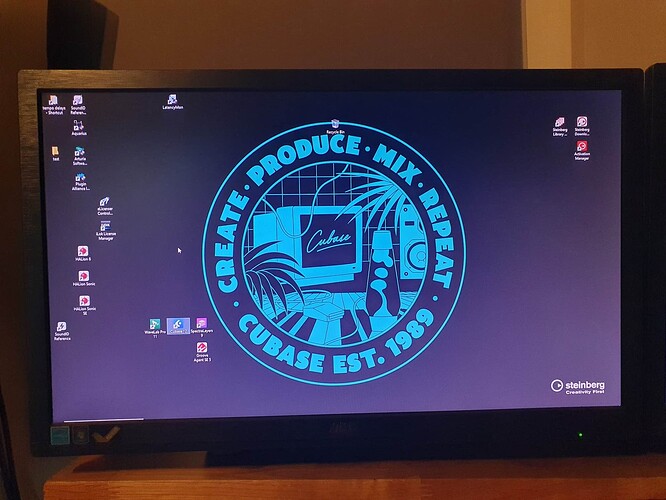 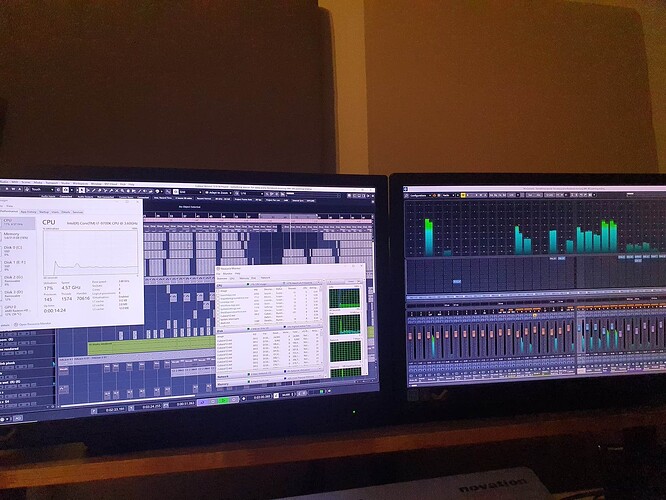 You all were right about one thing , i need a better cooler , i have ordered a corsair water cooler but even so , it feels sooo stable 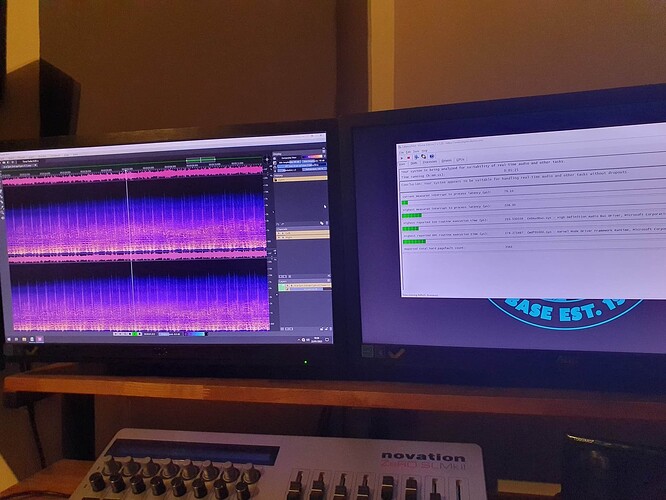 I seriously thought you were joking Steve , really didn’t expect so much of a step up , no need to update until lose of support again , i might put the i9 9900 chip in in a couple of years but … this is marvellous.
Also , instead of the clone drive , ive completed a new install and im glad i did . the clone drive just had too much junk over the years of updating the Win , Plus now all contents have been moved to a different drive