Using Cubase (any version) for Orchestration with Vienna Symphonic Library

Hello all users of professional music production software-aka Cubase:
I have been using Cubase with Vienna Symphonic Library sounds for over 10 years-whew!
Life is a struggle sometimes.

Wondering if anyone knows of a full fledged tutorial program that teaches users well beyond the raw beginning stage to learn how to better use Cubase with VSL for purposes of composing in the classical music style or feature (Hollywood style) film scoring, that is not from YouTube -searched high and low there 2 months ago and have already found what limited resources are there. What I’m looking for in fact is really beyond video tutorials but more of a formal pedagogical approach with problems to solve and textbook(s). A classroom in other words, either virtual or brick and mortar that is run by a professional educator with verifiable credentials in music performance, or conducting or composition who also knows the DAW environment. Asking a lot, I know.
Would involve orchestration techniques, voicing, articulation, a bit of theory and scoring for various sized groups of players.
I have been working from orchestration books by Adler and Piston.

Responding back on the forum would be helpful.

I think what you’re really asking is about music school, and/or a conservatory class?
E g, “how to use Cubase to do X” isn’t as important as “how to do X.”

This guy is a film/TV composer who runs classes for a variety of styles: Guy Michelmore - Wikipedia
I have no idea whether his classes are any good. But he does use Cubase

Another option would be to look at schools in your area, and see if they have composition/music theory classes you can join. Typically, they will in turn come with workshops, that will let you make connections to other composers and mentors. (This of course varies greatly with where “your area” happens to be – a metropolitan media center like New York City or LA might have different options available than some small village in the middle of a tundra…)

Thanks for your input, greatly appreciated. I’ve not looked around recently at the music schools nearby, one was offering a class on using Abelton Live; for better or worse, I prefer Cubase, if for no other reason than the step input function is not available on other DAW’s as far as I know. I use that function a lot.
Looks like Michelmore might be a step too far, someone with that background of composing for Marvel might not be inclined to take on students for a reasonable fee. Also on another continent. Never know though. I’ve actually watched a couple of his videos on YouTube. They were inspiring. Oh, I see him now, he offers remote classes, hmm, I’ll have a look there.
I’ll keep looking and meanwhile work at self education.
Thanks again.
Addendum 04/02/22 6:05 PM EDT USA
To show what I’m looking for I’ll list as another example from both VSL and Steinberg-
Composing in Cubase with Vienna Symphonic Library which gives a brief over view of Cubase’s capabilities. I just see so many features in Cubase that I know nothing about that I can’t help but ask: “What am I missing out on”? The more videos I watch however, the more stressed I get as I’m well acquainted with the interface but would like to know about some of those features (like logical editor) that I’ve failed to find a good explanation for how to use it.
Vienna Dimension Strings I (Patch Overview Violins)
This video, VSL’s Paul goes through so many techniques but I’ll have to study it to pick up on some of these.

O.k. Taking back what I said about YouTube. Seems to quite a lot I missed. Here’s a great one put out by VSL-using Logic. 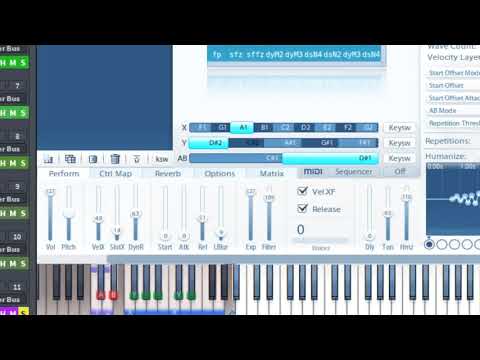