Whenever I record vocals, it takes me a lot of time to get the right sound… Compression; reverb; delay, equalizer …I fiddle around and in the end I’m still not satisfied. Basically because I don’t know enough about. I do know what I want to hear, but how to achieve that?

I’m looking for presets that provide a choice of inserts etc and presets. I discovered a few in Cubase and I downloaded a free pack by Marc Mozart, but they’re all rather limited in choice.

Any tips and tricks?
I come across preset packs for Logic Pro, but it’s hard to find any for Cubase.

I fiddle around and in the end I’m still not satisfied. Basically because I don’t know enough about. I do know what I want to hear, but how to achieve that?

The unfortunate reality is that doing more of the above is what it really takes. The problem with Presets for doing corrective work like EQ and compression is that the actual settings are very dependent on the source material - and the voice you are trying to EQ is undoubtedly different than the voice the Preset was created for. Some folks will suggest using the Presets as starting points and tweaking the settings from there. And that works OK if you already have the skills to do it yourself from scratch. But if, like you, someone doesn’t have those skills then the Presets are just as likely to lead you down the wrong path as the correct one. I’d advise you to totally ignore Presets for this kind of work (as opposed to ear candy stuff like delays).

Audio Engineering is pretty much like learning to play an instrument - the mistakes are necessary to learn how to avoid them & you need to put in the time to get good at it… That said there are plenty of videos & articles with advice on how to learn the skills needed for EQ, Compression, etc. Go for those instead of Presets.

Thanks for your reply, Raino.
You’ve got a point there. Well, … a few points I should say.
Solid reasoning that will help me find my way.

Well don’t get discouraged, cause you will keep improving as you move forward. And one day you’ll listen to something from a year earlier and realize it actually sounds pretty good with some distance.

Also don’t compare yourself too harshly against big commercial releases. Those have been mastered by folks with better ears, rooms, budgets and usually equipment.

I have always found my way instinctively in all of the technical
possibilities in Cubase. Recording keyboards and electric guitars go well, I think. All acoustic instruments pose no problem. I even manage to make drums sound acceptable. When it comes to vocals I find it more difficult. Maybe this also has to do with vocal recordings that are not really good, to begin with. I thought that I could also bring about the ‘Madonna effect’. With all due respect for her by the way.
Anyway, thanks again for your clear comment which is really quite sharp and understanding. I take it your daily work lies in training and/or teaching.

Beyond the learning by trial and error (and lots of time) thoughts (certainly true enough and good advice), there are also some plugins out there that can make it easier to get something useful without having mastered all the ins and outs. I’m specifically thinking of plugins that both provide some starting point presets for an entire vocal chain and which provide controls that are more “quality-oriented” as opposed to “technically oriented”. So, for example, instead of adjusting reverb pre-delay times, EQ frequencies and Q settings, and so on, you might be adjusting a “more/less” (of some specific control slider and choosing between some quality-oriented buttons for that control (e.g. tight/large/chamber for reverb types, bite/top/roof for a “treble” control for EQ). In essence, you’re experimenting at a more macro level, and, of course, using your ears to decide what you like, to see if you can home in on a sound.

While there may be other plugin developers that have similar plugins, the ones that come immediately to mind for me are the Waves “Signature Series” vocals plugins, such as CLA (Chris Lord-Alge) Vocals, (Tony) Maserati VX1, Eddie Kramer Vocal Channel, and JJP (Jack Joseph Puig) Vocals. (While Waves also has Butch Vig Vocals, that one doesn’t include delay and reverb in the areas it covers. They may also have some others I’m forgetting – the ones I mentioned were specifically included in their Signature Series Vocals bundle. The Greg Wells Vocal plugin does incorporate delay and reverb, but is way more limited in its controls, though it can also provide instant gratification for some voices and genres.)

These plugins don’t necessarily provide instant gratification, but they can sometimes provide a less stressful way to try and get a sound quickly if normal EQ, compressor, deesser, saturator, delay, reverb, etc. controls are overwhelming. One downside, though, would be that using them won’t provide the same sort of learning experience that duking it out with more basic plugins would provide. But perhaps trying to get something more quickly that is satisfactory for current projects could be beneficial while trying to learn in parallel. And some of the plugins’ high-level descriptions might provide some conceptual ideas to help for learning more basic plugins (e.g. what is the difference in sound between the reverb types?).

To be honest, I’ve only rarely ended up using these plugins in my finished projects, but I tend to use them a fair bit to get a vocal sound that is “in the ballpark” while comping vocals. Then I’ll (usually) go back and start from scratch with different plugins at mix time. But there have been a few times here and there where I’ve really liked what I was getting from one of these plugins (especially the Greg Wells and Butch Vig plugins, albeit adding my own additional plugins in the latter case to handle ambience), so ended up using them in the finished project. (I think I’ve also used the CLA plugin on a background vocals submix a few times.)

Mind you, I’ve been working on my recordings since long before these sorts of plugins existed, but they can sometimes provide nice shortcuts in a pinch, and I also find that every song is different, so putting together my own presets for plugins I’ll more likely use doesn’t help much.

Thanks for your reaction.
I’ve looked up Waves Vocal Chains and find they’re suited for Cubase 12, but I guess I can use them on Cubase 10.5 as well.
What you essentially say, is that vocal chains can be very helpful in the process of recording, but the moment you really start mixing, you (most of the time) get a better result by building up your own chain. The choice I have to make is picking it up from scratch, or building it up gradually, step by step (with a little help from prefabs) and thus learning the trade which is, in the end, where you’ll find the best results.
Anyhow: ‘Waves’ may be useful to try out. I hope they’ll function in my Cubase.
So far I’ve tried out ‘Fabfilter’, which is not bad, but from start I had the inclination to start working on the knobs … which means you have to know exactly what you want to hear and how to achieve it. First I’m going to see what Waves will bring.

totally different product, I know, but it you use Mixbox, they have tons of presents for vocals and other instruments and uses.

MixBox audio effects rack. All the FX you need in one rack.

MixBox is a music software effects rack allowing you to chain up to 8 of the 70 audio plugin FX. Recall entire chains instantly for mixing, producing, and more.

Thanks!
I’ll download a trial to see what it has to offer.

there is a CS version that is free. it has lots of presets. these guys, who are much more knowledgae than me have a decent video on what one can do with it. what i would do is try to replicate the effect chain with the existing VI effects you use. 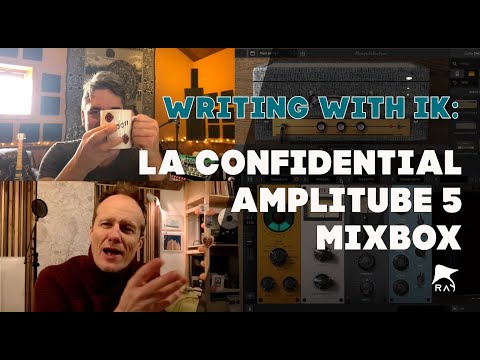 Ok!
Thanks for the info. I’ll dive into it tomorrow!

I’ve installed the free CS version and it gives a good idea of what the complete program has to offer. When you look at the above remarks you’ll notice the ‘dilemma’ that I have: presets may provide a nice starting point, but to have it match your exact taste or ideas, you have to know what you’re doing. This implies diving into ‘producing’ from scratch.
But … so far this programme could turn out to be an option. Thanks for the tip!