Pulling my hair out.

I’m constantly losing my output connections and having to reset them.

You should probably first check VST Audio System under device setup, and make sure you’re audio interface’s dedicated Asio driver is selected. Also check the control panel of your audio interface and see if you need to tweak something.
You really need to provide more information on your system if you expect this forum to be of any assistance.

There’s 2 things you can do:

I store mine as ‘My Growing Set Up’ or ‘First Edit’ or ‘Second Edit’ or something like that.
Then, you only have to click the down arrow each time and pick that saved file like any other, and it should load your settings each time.

Myself, I’m actually finding that just saving a song with everything set the way I like it instead of an actual template is working even better.

Sounds like a problem I’ve seen before.
Make sure your interface is activated (turned on) before starting Cubase.
The presets are a good idea though when one inevitably forgets again in future.

Thanks for your suggestions guys,

I have tried storing the settings but Cubase seemed to lose them!?!

… I’ve created a preset for the output on my Behringer UCA202 under the ‘Output’ tab.

However, I notice that whilst creating a preset for the ‘Studio’ > Control Room output, it deletes the previous ‘Output’ preset I’ve created! ?

Is this normal or a limitation of the UCA202? I’m wondering if its not capable of multiple busses?

Thanks for your suggestions guys,

I have tried storing the settings but Cubase seemed to lose them!?!

So after storing your set up, do you mean that when you click on the drop down arrow in the Presets, there’s nothing there at all?

Hi, thanks for your reply.

Rather than making music, I’ve spent the last 4 weeks, since purchasing it, trouble shooting problems!!

It seemed that changing the output connections once a project had been set up, then trying to revert them to the previous setting, rendered the project silent, even though the indicator was showing MIDI data being present.

Having re-opened a project, I could hear the audio from the audio tracks but not on the VST tracks, again despite the MIDI indicator showing data being present. Changing the VSTi made no difference.

I’m now contemplating trying to re-install Cubase in the 32 bit version, buy another external audio device to see if it’s a problem with my Behringer UCA202 or give up all together and try Ableton but after paying a pricely sum for Steinberg’s product, I’m loathed to do so and rather annoyed!

I hear ya Man! I think I’d be damn near jumping up & down by now.

Is there any chance you can try before you buy another interface?

My local music shop gives us 30 days to return things as long as we keep it as new, including all packaging.

Thanks again for your reply.

Unfortunately, there’s no chance of a refund on software from the place I purchased it from.

I will try re-installing it in 32bit mode, just to rule it out.

I may be able to loan another interface. I’m hoping that it is the interface.
My Behringer is a few years old now but does have the latest driver.

I’m contemplating purchasing a Focusrite 2i4.

Thanks again for your reply.

I may be able to loan another interface. I’m hoping that it is the interface.
My Behringer is a few years old now but does have the latest driver.

I’m contemplating purchasing a Focusrite 2i4.

Reading through this thread, I would also be thinking that the Behringer is your problem… route 1 would be to road test a better sound card. Good luck.

Looks like it was the Behringer or its driver!

I was able to borrow a UA25 but could not get the driver to install properly in Win7.

However, installing the ASIO4All driver worked a treat (so far).

I’ll persevere with it for a bit.

Looks like it was the Behringer or its driver!

I was able to borrow a UA25 but could not get the driver to install properly in Win7.

However, installing the ASIO4All driver worked a treat (so far).

I’ll persevere with it for a bit.

That’s great news! I also have the UA25, although I don’t use it much anymore.

Installing the driver shouldn’t present any troubles. I recall it being very quick & easy.

The driver needs to be installed first, and then it will ask you to plug the UA25 in during the install, followed by a computer restart.

Is that the order that you went with?

Also, did you download the latest UA25 driver for your version of OS?

I had to search a little, but eventually found the driver for Windows 7 x64 bit.

If you do find yourself shopping for a new interface, consider the ones from Steinberg for presumably the best integrated stability with C7.5.

Just something to mull over. 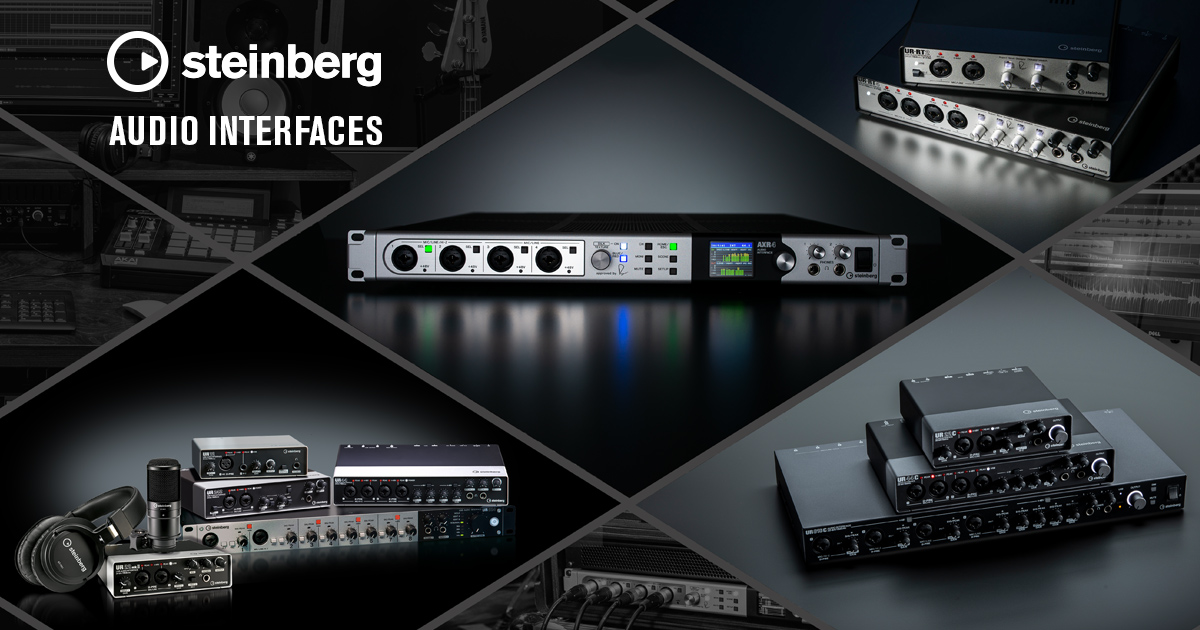 Whatever and wherever your recording or production are, we have an audio interface that will surpass your expectations.

I followed the UA25 install instructions to the letter.

Windows said the driver had been installed but the ‘Next’ button on the installer remained greyed out!

I have been considering getting a Focusrite 2i4 but will research the Steinberg options.

Are you sure you are not setting outputs in Studio that you have already used in Outputs? If you do, they will be removed from Outputs, in which case any presets with them may disappear.

I tend to leave Outputs ‘Not Connected’, and use only Studio for actually listening to anything, like a particular output or cue mix.

When doing an Audio Mixdown, by default it will render the file from what is summed at the selected Output.

The initial problem I had was related to being able to set up a connection in ‘Output’ or ‘Studio’ but not in both at the same time. I found that If I used the ‘Studio’ connection, I was unable to hear audio files in Mediabay or the Pool but if I created an output in ‘Output’ I could.

The problem I then had was Cubase appeared to loose the output connection between loading different projects but the ASIO4All driver appears to have rectified the problem. I haven’t bothered with with the ‘Studio’ connection since.

Studio Phones should have worked though.