What is the current situation regarding C12 and VST2? I am a UAD user and have stirred up a bit of a discussion over on the UAD forum by asking why UAD have not introduced VST3 yet. It seems that there is a residual distrust of VST3 and the suggestion that Steinberg are trying to force the adoption of VST3.

I am a bit concerned that I might have to make an unpalatable decision, which given the levels of investment in Cubase and UAD could mean dropping on or the other. Plus there are still a number of important plugins I use that are still 2.4.

I would like to find out what the issues really are, hopefully understand the issues on both sides.

Basically Steinberg will not support vst2 in the future… about 24months from now all hosts and instruments will be VST3 only. VST3 has been out so long. Even the VST2 SDK has been discontinued long ago.

I don’t think they are forcing VST3 to be adopted, but if plugin developers don’t keep up, what should Steinberg do - All developers have 2 years to get the plugins up-to-date. Not even mentioning the time they did have knowing that VST2 will be discontinued.

Obviously you will still be able to use your current host, with current plugins.

I’m also a UAD user, and I’ve heard rumors that they are busy developing VST3 plugins.

Thank you for your reply and I am a little reassured. I am assuming that you mean all DAWs will be VST3 only, but will this be true of Pro Tools and will Studio One drop vst2?

I am also wondering if UAD will be considering going native as the UAD cards are a bit long in the tooth and the Sharc processor is no longer state of the art. Perhaps there are difficulties with running VST3 as an externally processed plugin?

Protocols don’t use vst plugins at all. Studio One might still support vst2. The announcement was specific for Steinberg hosts and plugins.

I believe the main reason uad don’t go native is because of copy protection. Not performance…

This is a concern for me as well. I use Toontrack products a lot and after hearing the 24 month thing I contacted them and they basically said we have no plans to introduce VST3. I think Steinberg may have to amend this policy when the time comes. 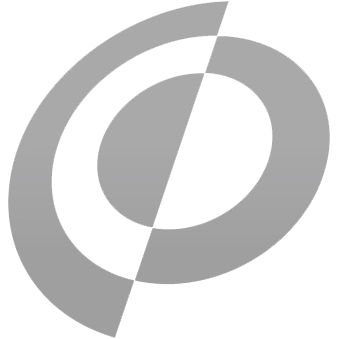 Hello,Are there any plans to release VST3 versions of the current product line up, in order to maintain compatibility with Steinberg products, re: this notice from Steinberg : https://helpcenter.

Just to be clear, here’s the text from the Toontrack support site.

EZbass already supports VST3. VST3 support for our other products will be added either through minor or major updates.

I’m guessing it will be a paid update (major update)…

Perhaps you could try UAD?

As far as I know, UAD is not supporting VST3. I use mostly their plugins, if C12 won’t support VST2 I’ll have have to stay on C11 or use Reaper or Pro Tools. Of all of the DAW’s out there I know Cubase the best.

Thanks. Good news to me. I want UAD to upgrade their plugins but have no control. Just like I purchased the last of the Intel Mac’s just because I have no clue to when everything will port over to the new chips.

I’m also a UAD user, and I’ve heard rumors that they are busy developing VST3 plugins.

Interested to know where you heard this – the line on the UAD forum is they are aware of the situation but nothing to announce. Could mean it’s in the pipeline for UAD-2. Could mean they’re recoding everything for new UAD-3 ARM chips like those guitar pedals. Who knows?

That would be bad news for all those heavily invested in the sharc UAD2 cards.

Besides the fact that VST3 is out for a long time already and offering several improvements (Sidechain, Idle off etc.) there was a point in regards to MIDI which is really a downside.
I can’t find the post atm but I am certain that even Matthias oder someone from Steinberg wasn’t aware of the lack of a specific MIDI functionality with VST3 and they wanted to take it to theri devs. MIDI 2.0 may be a game changer and perhaps this specific MIDI issue will then be no longer a problem?
And, hey, since VST3 isn’t new anymore, is VST4 somewhere near to come?

Here is the topic I was mentioning:

That would be bad news for all those heavily invested in the sharc UAD2 cards.

Like me. I have also read on the UAD forum and the attitude of the devs to convert to VST3 is not reassuring at all.
I hope they will come through or Steinberg decides to continue to support VST2.

I’m not a technical guy, but could this go down the same way as the 32 and 64 bit episodes a few years ago?

The guy who developed Jbridge must have done quite well over the years.