The headline already describes the problem quite well:
In an Atmos project, each created object is assigned a number. In the example below, the object was assigned the object ID 15. But in the overview it is displayed as object 16. 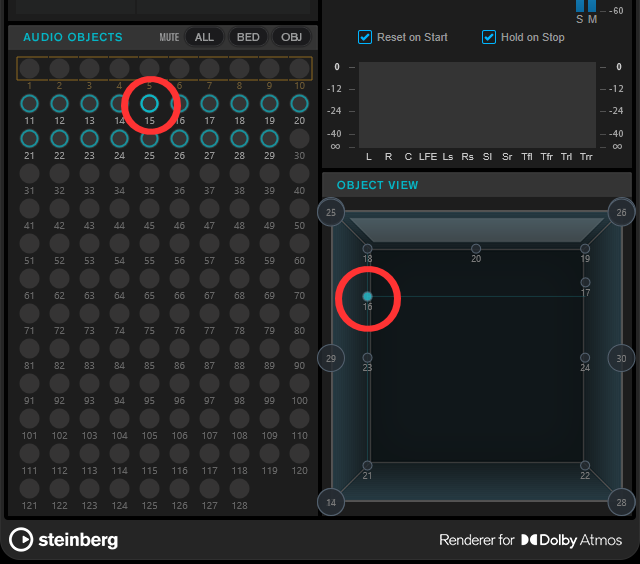 I don’t assume that this is how it should be. Or?
It is the same with other objects. And other projects are also affected.

It is not the worst of all problems, but it is irritating.

Are we really the only ones with this error?

Right now it’s especially funny because I deleted an FX bus. And since the Atmos renderer in Nuendo doesn’t reorder the object IDs, there is now an “Object 17” in the object overview that actually doesn’t exist anymore. (The fact that the renderer does not reorder object IDs when objects have been deleted should also be changed sometime. 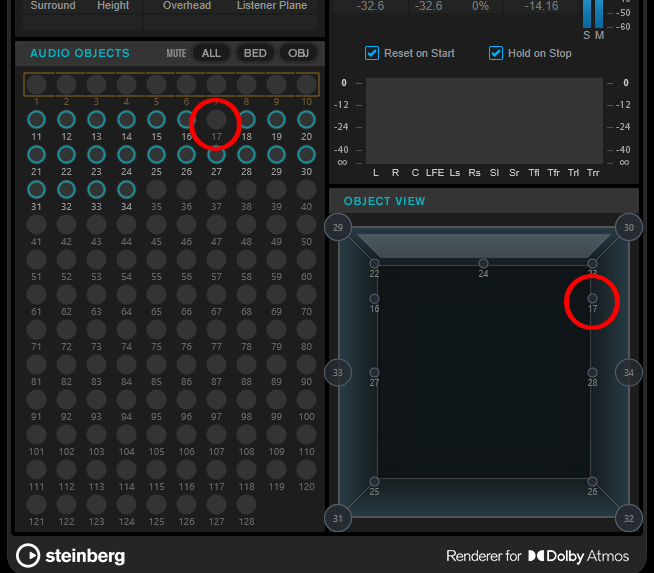 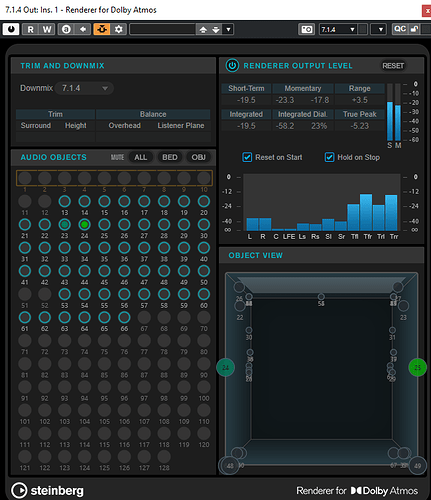 I’m guessing (hoping) this has no implications for the final render and it’s just a visual bug.

I agree, it would be nice for objects to re-order if objects are removed and also, is there a reason why, after deleting a track, for the object to remain in the authoring panel with ‘no input’? Why isn’t this also removed?

Thank you for the confirmation.

Have you been able to determine when this happened? I first thought it might have something to do with deleting individual objects. But I haven’t gotten around to testing if that is indeed the reason.

I’m guessing (hoping) this has no implications for the final render and it’s just a visual bug.

I haven’t noticed anything negative yet. So I assume it is just a display error. It’s still very irritating when the wrong objects light up. (Has given me a fright more than once.)
If Steinberg takes care of this error, they should immediately rework the whole Object view. Personally, I find it too small and it would be good if you could change the perspective. Because sometimes the objects cover each other. (It should be more like the separate Dolby Atmos renderer. But Dolby will probably want to keep that option for themselves.

is there a reason why, after deleting a track, for the object to remain in the authoring panel with ‘no input’?

The integration between Nuendo, the ADM tool and tracks is not optimal in other respects either.
For example, in the ADM tool, it is possible to automatically assign a selected track to an object. But this does not work for every track. If you want to add an FX track, you can’t simply use “Create Objects from Selected Tracks”, but must first create an entry in the ADM tool with “Add Objects”. Then you can select an FX track from the drop-down list.