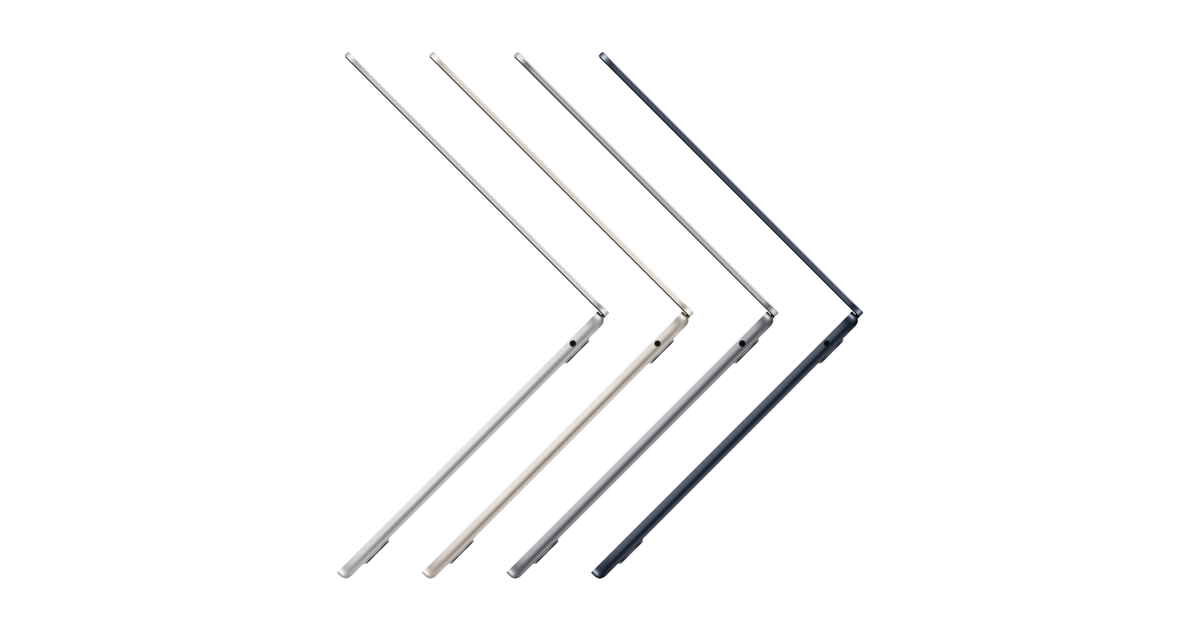 " The M2 chip starts the next generation of Apple silicon, with even more of the speed and power efficiency of M1. So you can get more done faster with a more powerful 8‑core CPU. Create captivating images and animations with up to a 10-core GPU. Work with more streams of 4K and 8K ProRes video with the high‑performance media engine. And keep working — or playing — all day and into the night with up to 18 hours of battery life.2"

And of course, there will be M2 Pro, Max and Ultra to follow. Though supply chains are still struggling.

It’s good that they’ve increased the RAM limitation on the ‘standard’ M2, though the limit of one external display still remains. Arguably, for the MBA, that’s not a problem, but for an M2 Mini, it’s less desirable.

The 13" MBP seems fairly pointless, though. The MBA has the same size screen, but better, plus MagSafe, proper function keys, etc. (Who’s going to develop Touchbar stuff now?) If you really wanted something better than the Air, you’d get the 14" Pro Pro.

I actually had an M1 Air ordered for my daughter. As it hadn’t shipped yet, I just cancelled it and am waiting for them to start taking pre-orders on the M2. 18 hour battery life sounds great for a student!

I have an m1 mini with two displays connected at present. One 4K, one 1080 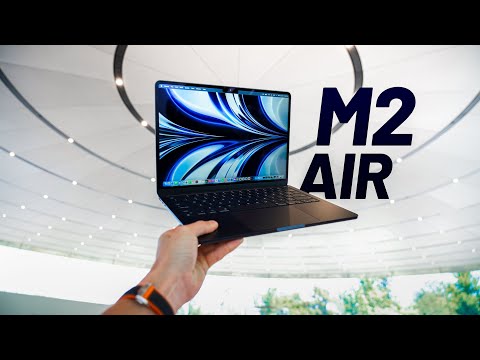 I have an m1 mini with two displays connected at present. One 4K, one 1080

Ah: you’re right that the Mini can cope with 2 displays. I believe it’s possible to get 2 on the other M1s using some hub thingys.

I believe it’s possible to get 2 on the other M1s using some hub thingys.

Will Dorico work on the new Apple M2 chipsets? Was thinking of buying Dorico after buying a new M2 MBA to replace my old dying Intel MBA. Cheers

Hi Oofjelly, and welcome to the forum.
Dorico will definitely work with the new M2 chips. The development team did a great deal of work to get Dorico running natively on the M1 chips, and thankfully Apple have made it easy for M1-compatible programs to run beautifully with the new M2 chips.

I have the MBA M2, arrived last week, no problems with Dorico, although I have not had time to do much notation work yet. It behaves as expected, no crashes, it opens, plays, edits etc.

Remember to deactivate the license on your old Mac.

NotePerformer
Set Dorico to open using Rosetta if using NotePerformer.
I had silence when playing initially, I played around with the Playback settings, but didn’t want to think about it too much so simply installed NotePerformer again, and it all worked.
(Clarification: I set up the new MBA from my Time Machine backup from my previous MacBook so “everything” was transferred.)

There are some comments about CPU heat/throttling limiting performance as there are no fans, but I do not have large orchestrations to know if they are affected by this.
FYI

I’ve searched through the forum threads on the MacBook Air and Pro laptops and the M1 Pro/Max and M2 processors, and while they contain useful information, there is an issue I can’t work out from those threads, and I hope somebody here can provide some insight. To what degree does Dorico leverage the extra juice in the Pro/Max processors in the Pro laptops? Benchmarks from e.g. Ars Technica describe how the base M1/M2 are more or less as fast as the Pro/Max versions, except under serious multi-c…

There are some comments about CPU heat/throttling limiting performance as there are no fans, but I do not have large orchestrations to know if they are affected by this.

That’s exactly the situation I’m asking about. How much is the performance limited by any throttling? 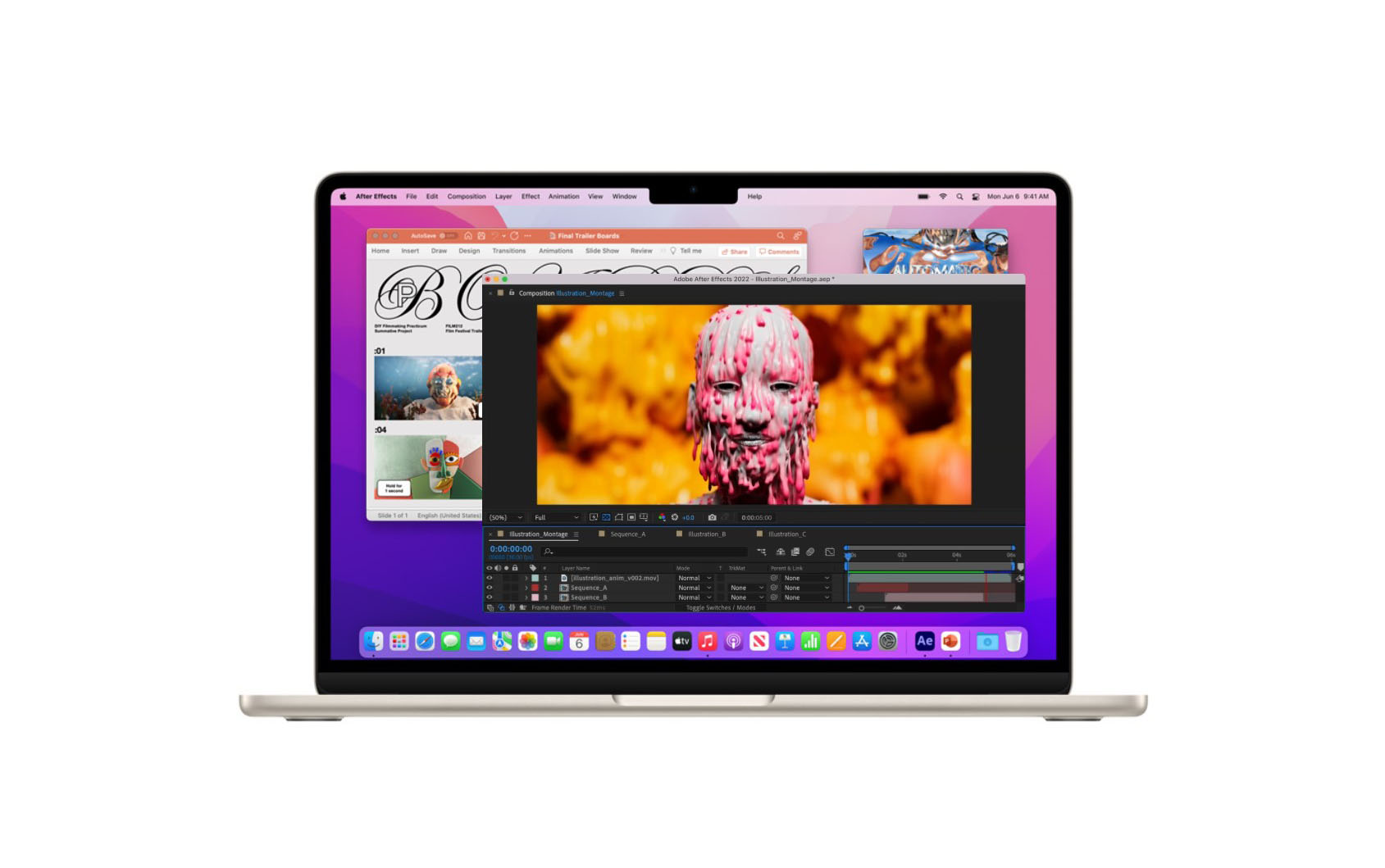 The M2 MacBook Air cannot achieve the same performance as the M2 MacBook Pro in sustained workloads and as a result, it throttles

Yes, I get it. My question is whether Dorico specifically pushes the Air to that extreme.

Clearly, the only way to know is to have an M2 MacBook Air with which to experiment. In my experience purchasing a computer that has more processing power than you think you might need, whether it’s the processor or the memory or both, is a wise investment. I had my M1 MacBook Pro Max on vacation in New Mexico this past July. Certainly, the exterior temperature had an impact on performance (>90°F in the shade) while using Dorico 4.1 only, and the fan(s) were running. I didn’t notice a decrease in performance though. I think the MacBook Air (M2) would have shown a decrease in performance - a 25% decrease is a lot and would be noticeable even for simple edits in Dorico…

You might be better to purchase a MacBook Pro then (perhaps even one of the M1 variants) because over the next few years your work might be complex enough (and/or Dorico v5, v6 demands more) to tax the processor.

Will Dorico work on the new Apple M2 chipsets?

There is no different between the M2 and M1 as far as software is concerned. They have the same instruction sets, and work in exactly the same way. The M2 is just a bit faster with 1.5 more stuff.

There is one important difference between Air and MB Pro, which is nowhere mentioned on the product description pages on apple.com, and that is: The MB Pro has an integrated cooling system, which the MB Air does not have.

Therefore, if you have a lot of live sound sampling (or 3D or Video), it is better to go with the MB Pro products.

(I was very happy with the Apple chat – they are actually very competent and helpful there.)

A post was split to a new topic: Apple M2 processor and Cubase 12