Following this thread, I would like to sum up tests concerning the new MIDI Remote implementation that I have been doing with the C12 trial version (which is supposed to have the same functionalities as the ‘purchased’ one) in relation to MIDI NRPN messages . Here it goes :

In previous Cubase/Cubase pro versions, the Generic Remote Definitions were unable to recognize NRPN messages, such as these (from an endless knob of my Akai MPD32, set at MSB : 000 and LSB : 052 address) :

which are compliant with the MIDI 1.0 standard and recognized as such by the Steinberg MIDI monitor used as a MIDI insert : 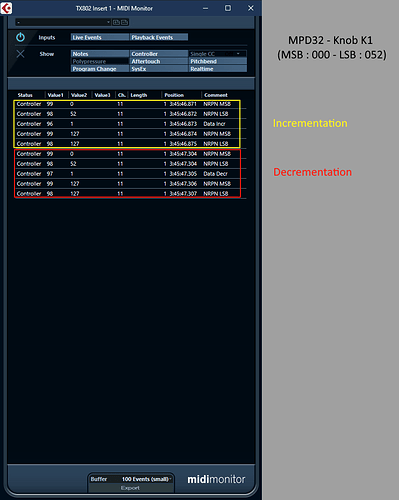 To make my setup work, I had to use this, in the dedicated Generic Remote definition of my MPD32 : 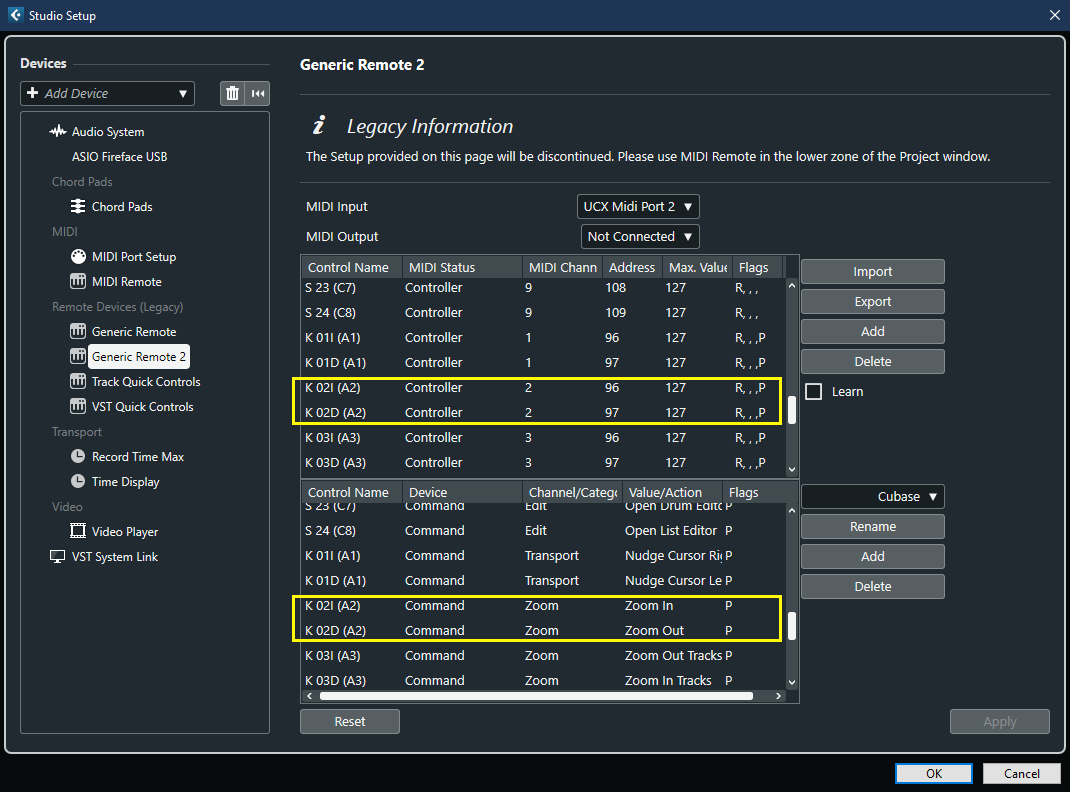 IOW, and to make my MPD32 endless knobs usable for zooming, navigation, nudging tasks, among others, I had to use the following workaround :

So, I was hoping that there would be progress in the recognition of NRPN messages with the new MIDI Remote implementation. Sadly, it doesn’t seem to be the case, and I had to find a workaround again, which is this one : 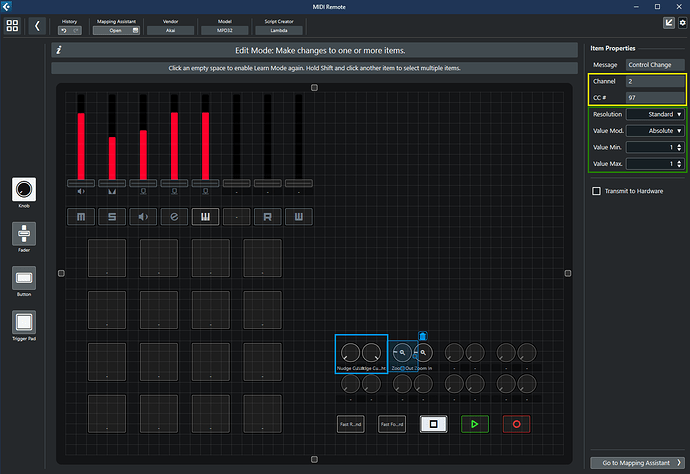 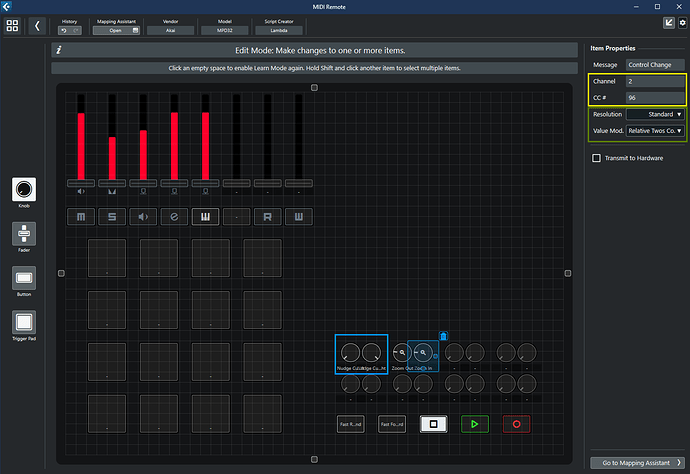 So, the MIDI Remote feature works and is able to cope with my two controllers, but in more or less the same way as the previous Generic Remote definitions implementation. The NRPN messages are still not recognized as they should and actually, I had to find almost exactly the same workaround for the MIDI Remote feature as I had to for the Generic Remote one : nearly ten years have passed, since…

So, I really would like reports from users who are successfully using endless knobs sending NRPN messages to control Cubase 12 with the new MIDI Remote feature…