Can VariAudio and the Project window be open simultaneously?

Hi - Currently I am flipping back and forth between VariAudio and the project window to get vocals timed in relation to the instrumentation (rather than the grid in this case).

For example, I’ll open up the MIDI editor to a piano track, put the cursor at the beginning of the note I want the vocal timed to, then switch back to the VariAudio window to stretch the vocal note to the cursor.

Is there an easier way, maybe to be able to do this all from one window?

Time stretching/warp one live vocal performance onto another
Link Cursor in Lower Zone Audio editor with Project Cursor
Lower Zone - When is it the thing to use?
Lining up Lower Zone with Track in "Upper Zone"?
warping multiple background vocals - pls help
steve May 30, 2015, 2:14am #2 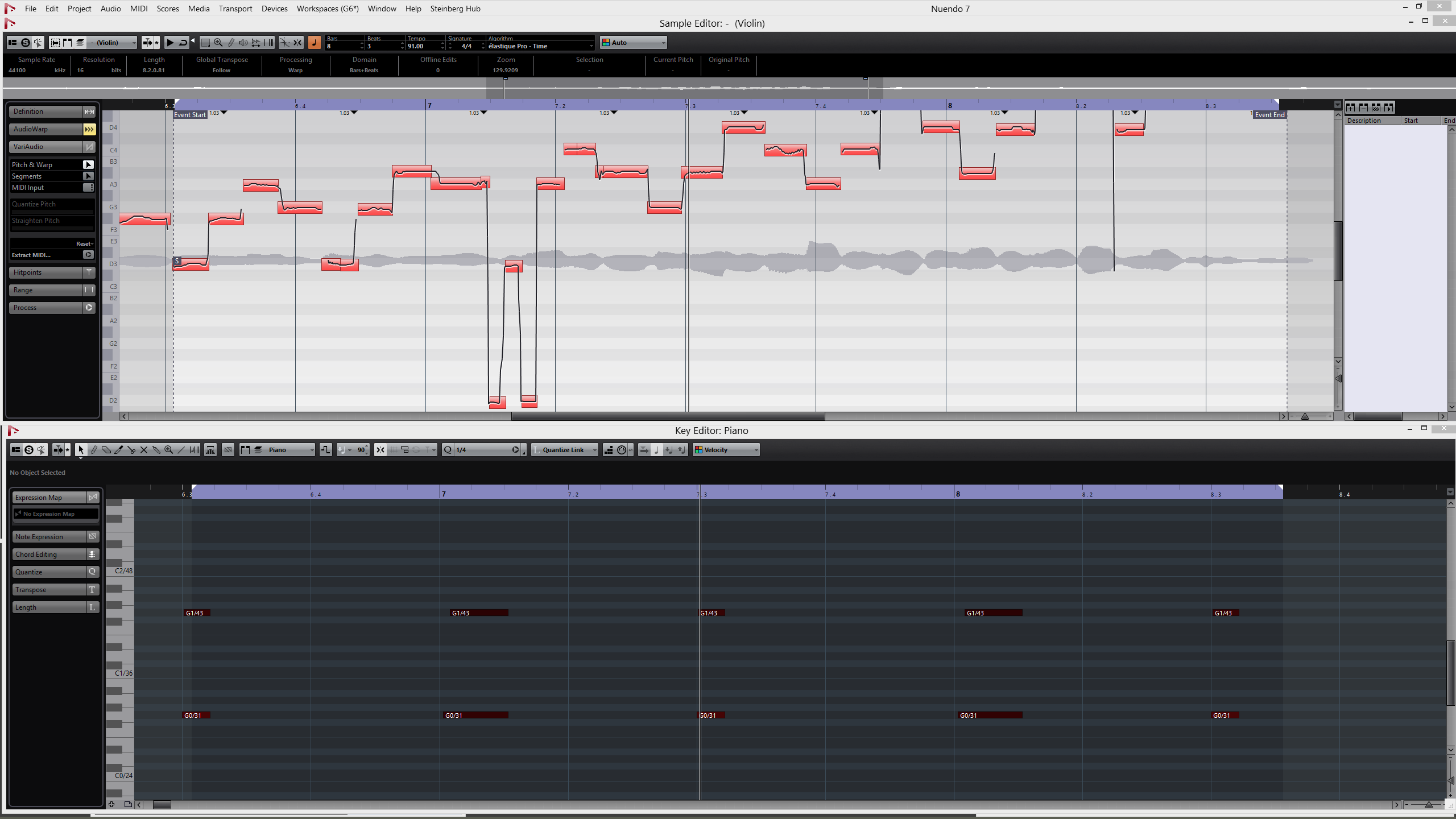 Well, that is very helpful, thank you.

Embarrassed to say, I didn’t realize those windows could be manipulated like that.

It does take me a very long time to align the two windows so that they show generally the same part of the time line and are lined up with each other on the vertical axis. I’m using the inbetween minimize/maximize buttons, still haven’t quite worked out how I’m doing it, but … I can work with this!

Hi Thanks for this SteveInChicago!

The drop down for “Zoom to Locators” (described on page 66) doesn’t appear in my Sample or Key Editor windows (just the Project Window), and when I try to get invoke the commands manually with “EDIT>ZOOM” the Zoom to Locators command is not present. Do you (or anyone

) have an idea what I need to do to invoke that command in the Sample and Key Editor windows?

Thee a many, many commands in Cubase accessible via Keystroke only. Go look in the Key Command window. Spend some time exploring. It’s a great way to discover functions you don’t know about. That’s my suggestion.

I use Key Commands a lot lot more than I ever used to, have given myself pats on the back as I keep adding them to my list …

But - never in a million years did I think …

Thee a many, many commands in Cubase accessible via Keystroke only. …

It works exactly as desired now … so quick and lined up absolutely close enough to make it an easy job.