Hi, does anyone have a remote midi script for the AKAI MPK 49 for Cubase 12?

Why it is not function? Could you provide more details, what you have tried, please?

Hi. So here are the steps.
I create a new script in the remote midi wizard, adding knobs, faders and buttons.

When after adding the function to the buttons to correspond to the transport buttons on the keyboard, first press of play or record or rewind etc works, but after that they stop working. Looks like it might be something to do with how these should be toggled?

Some very slight issue at this point as when clicking to clear space to create new control, any slight input from the midi keyboard overwrites (these older synths can throw out some intermittent data from their controls/mod wheel etc)

Brilliant and thank you. For the record button do you also set that off? Also have you found a way to get the keyboard keys displayed along the bottom, so the remote looks like the physical keyboard?

Has anyone manage to use MIDI remote to replicate a fuller function set for the MPK 49/249 etc keyboards like this guy did earlier versions, 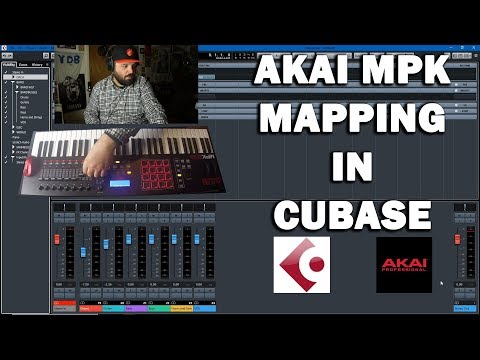 a.) use the faders as channel controls for at least 16 channels in the mix console. For example faders 1-8 would control faders 1-8 in cubase, if you then press S1, they would control faders 9-16 and so on, same for the pots.
b.) have the transport buttons function as an on/off for that function, For example pressing rewind makes the cursor continuously rewind until you press play and then stop. Would be great to just have to press it again to have it stop. Same for record etc.

Would be lovely if cubase released a full script already

I will try more settings for the MPK in the next days, i just started today, to get it running

I tried some new settings. instead of the transport i used the key commands for the mappings that works better. Example if you push rewind twice it will stop the rewind again

Hi @Mario_Kehl, if you use the KeyCommands section for controlling transport, you won’t be able to get led feedback on the hardware device. Try using the “normal” transport section of the MIDI Remote Functions Browser instead:

The Akai MPK88 does not have any Leds on the Transport Buttons. The Akai seems to be a little bit special. I Just watch the Tutorial of Holger Steinbrink, if i will find some time i will program it with the api

Has anyone tried mapping MPC X ? Would love to try… just dont have extra time… either make beats or working…

any of you guys have a script to share that would work with mpk 261?

I am looking for one for me as well. Let me know if you find something.