I have tried everything I can think of and Cubase 12 just has much worse performance than C11.

Why is this? I am very disappointed and I basically have to use C11 for the time being. I do love the new improvements and effects etc. in C12, but the because of the performance it is not enjoyable to use.

Anyone else having performance issues?

Nope. GUI feels the same, audio performance is much better in C12. And I have an older CPU than you (8700K with onboard graphics).

Not here, and my PC is pretty much like yours. One thing I did run into was reducing the HiDPI setting to 100% rather than 125%. On a two monitor system, the #1 monitor had a problem with the Scissors tool; and then, using the static curser, as it appeared in monitor #2 it created a ‘chugging’ effect.

It’s weird. I even have some input lag on midi controllers. Everything work perfectly on C11. I have all the same settings on C12 and have issues with input lag etc.

Is it possible you have GPU disabled for one and not the other, something along those lines? Maybe AntiVirus/Scanners was set to ignore for C11 and not C12 - could be anything like that.

That is actually something that happened to me before, I forgot to exclude the new version from the antivirus realtime scanner. Brought audio performance to its knees.

Something is not working properly in your system. The consensus seems to be that C12 has better performance that C11.

I’ve not done any testing but C12 feels snappier by far for me. Fingers crossed obviously.

I agree C12 is better all around. I also had to decrease my HiDPI because it was stuttering

I feel like C 12 has basicly better performance but this performance is not constant and stable. As long as you start to use hard cpu plugs on master bus, performance drops to much when I compare with C11. I think something is wrong with auto delay compensation, or new multicore optimization needs some more polishing.
It feels not so light and also GUI is a bit slower.
Good thing is that Variaudio now sound evan better to me than in C11. Also it feels like graphics in vari audio is more precise and editing feels great. Only minus are broken vertical key commands…
Should we turn off hipertrading or not??

It is all to do with a video player stuck thing and nothing you will do will change anything.
We all just have to wait
Do not worry they are on the case
Something is opening a can of worms
I got into cubase 12 just once by a fluke and Sampletank was going at snail pace
In Cubase 11 things are fast as F
Yes IT IS A CASE OF BEING PATIENT

I have the opposite experience on my Mac. 11 and 11.5 felt a little sticky and crashed often probably because my Mac only has 8 gb ram. 12 however is much smoother and didn’t crash even once.

I have iGPU only at the moment. But today when I ran C12, I noticed it performed much better than on the day when I installed it. Could it be that some reboots may have affected it?

I even turned on Steinberg Power Scheme and I have it enabled on C11 as well. I need to keep checking. Today C12 is performing much better than few days ago.

I have not made any changes. 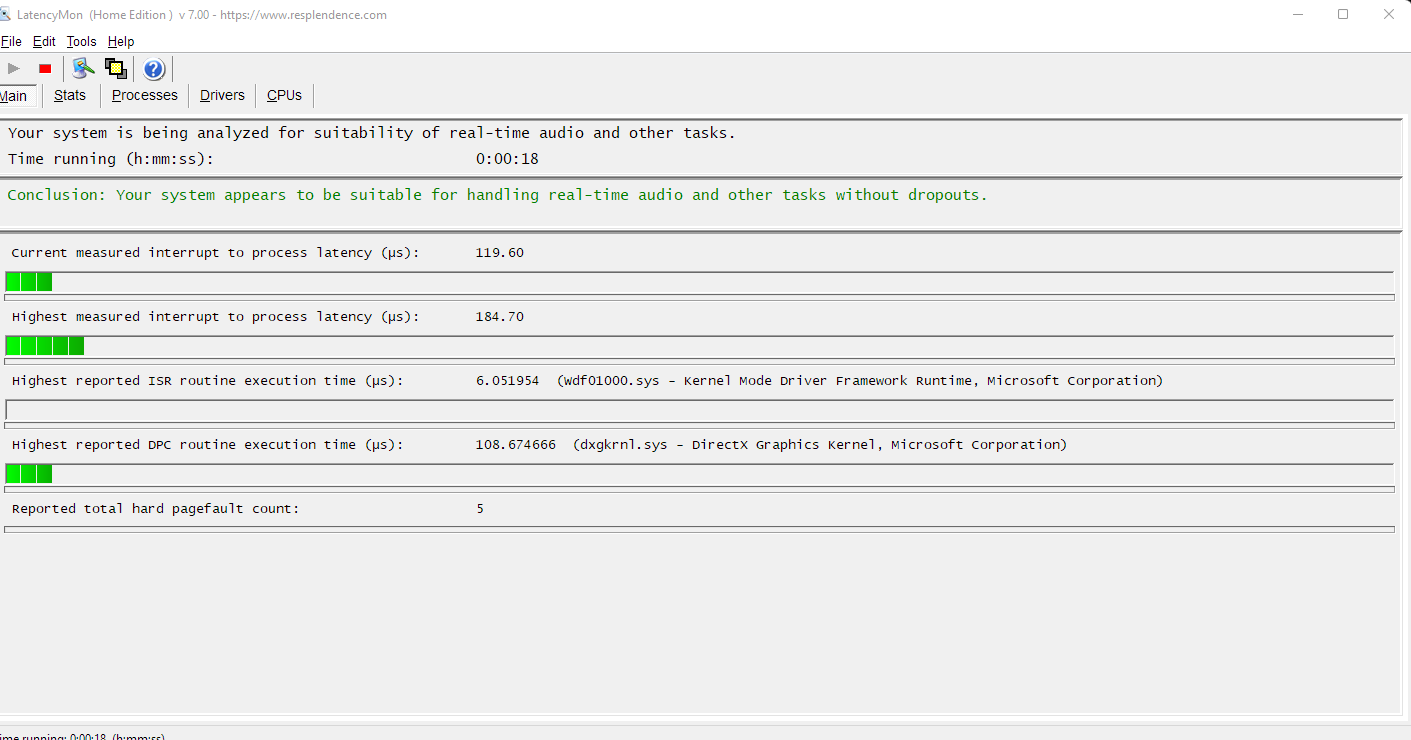 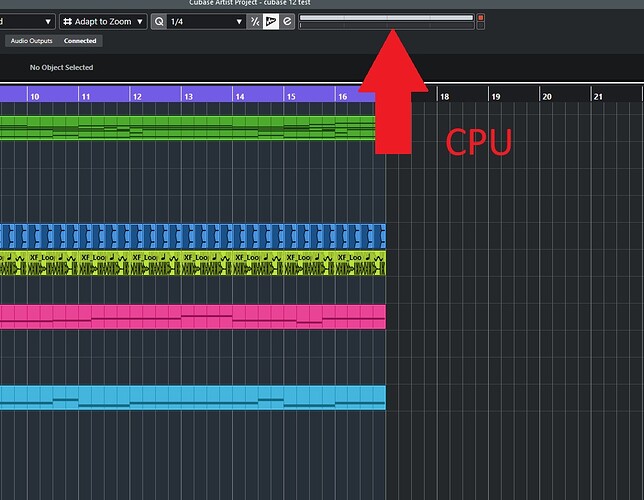 for me, with an i7 much older than yours, the performance has improved on all fronts. i disabled hdpi because i don’t care.

just today i closed a project started with C11, which was at the limit of my cpu. on C12 I can easily work on it with a large margin. I can’t be happier than

that only problem encountered a few days ago: some crashes in exporting by channel using the export queue.

What are the specs of your mac, Andre1?

Are those all the tracks you have on that test song? That is ridiculous. I also have sometimes problems with peaking.

This could be caused by a big bag of reasons, im not sure if its mentioned here (its a pretty big thread and i didnt read everything, so sorry for double posting…)

-If you are using nvidea its mega uber important that you update video drivers
-actually make sure all your divers are up to date haha you know the deal
-try to make sure all of your plugins are up to date as much as possible (like waves, with its update scam…oh sorry i ment plan)
-maybe its something with those advanced obscure settings in Studio->Studio Setup
-you could try a different buffer, sometime a smaller of bigger setting helps…
-do you have all the new content installed? maybe its something with that? like on a slow location?
-copying over all the system stuff from CB11 to 12 should be flawless, but i have a couple of things that just dont work right, so i had to manually copy a lot of presets, key commands and prefs argh
-cubase 12 could be reading and processing mediabay, if its huge

I hope you can solve this man, its anoying when this happens

Yes and 2 of them are audio tracks so should use less CPU ,
No inserts, just 3x serum
1 unison no effects
As from the top picture test results are very good
So it’s not a problem with my system specs

I wonder if anyone is beta testing this software before release.

Guess I will.have to wait for a fix .

12 is a lot slower to export otherwise performance is improved (M1 Apple).