Dorico’s Frequency plug-in is a decent equalizer, but I don’t see any way – either in the UI or the documentation – to apply different EQ or compression settings to each player. Is that possible with Dorico?

Just add the Frequency EQ to the Insert Effects for each selected instrument. Works for me. Each instance can take its own distinct settings. Select Insert Effects under the Track Inspector for the instrument.

I got the impression that he meant Player; not Instrument.

Can the OP clarify? Although the word player is used, in casual terms it can mean instrument. Are you talking about players in a section?

Actually, both would be useful in different use cases. It would be nice to EQ players before exporting them to a DAW for conventional mastering workflow. But it would also be nice to EQ individual instruments to make global changes that affect all instances of that instrument.
]
PS – thanks for the suggestion, Andro. I initially tried to do that, but was not yet familiar enough with the Dorico mixer interface. It sounds as though what you recommend stands a good chance of getting me where I need to be. – C

There is the bottom panel mixer, which honestly I don’t find very useful IMO as it only handles levels, and then there is the F3 mixer which allows for inserts, EQ, etc. Just add the EQ to the Inserts section of the full-featured mixer. You can also open up Dorico’s on EQ controls and tweak them there if you want too.

I note in another thread that you are using NotePerformer, so please be aware that it’s not possible to use track-specific EQ with NotePerformer because NotePerformer does its own internal mixing and only provides a stereo output to Dorico, so Dorico has no access to the individual instrument outputs.

Paul, I haven’t tried Andro’s suggestion yet, but I think you’re saying that it won’t work because of the topology of the signal path. Or am I confusing comments about Dorico instruments with comments about players?

Perhaps the only thing I can do, then, is export each player’s output from Dorico as a separate audio file and then load them into a DAW for remixing and mastering in a conventional manner.

Frequency EQ works per track/channel basis. If can assign a player, or an instrument, to a dedicated channel/track, than you can use it. This mostly depends on the libraries you are using.
For example VSL Dimension Strings could divide per desks and per player, therefore you could use

in order to dedicate a channel/track per voice, where every voice will represent an instrument/ a player.

I hope now the things a bit more clear!

Thuriaz: Thanks for the information. I’ve just started working with Frequency, and your input is helpful. But Paul noted that NotePerformer premixes all its output to a single stereo track before forwarding to Dorico. That would imply that the mechanism you describe would not work with this particular (NP) plug-in. I think.

As a relatively new user, I’m still doping out the sequence in which NotePerformer’s poorly documented mixer, the F3 Dorico mixer, any other user-provided VST plug-ins, and Dorico’s built-in tools (like Freq), etc., all fit into the signal path.

But based on what people have said in this thread, there doesn’t seem to be an easy way to apply patch-specific, instrument-specific (if, e.g., a patch override is selected), or player-specific EQ when using NP. Is that the bottom line upon which everybody agrees?

If so, I need to start learning Ableton Live…

@cundare,
Here is a set of Expression Maps for NotePerformer, created by @David_Tee.

Hi all, I’m attaching a Playback Template that creates separate outputs / mixer channels for all NotePerformer instruments that show up in Dorico’s Project Templates. To do this without overloading the system, all the endpoints have the Instrument and Master reverb settings set to 0. Reverb and other effects can then be applied in the Dorico Mixer. A couple of important caveats: Setting up NotePerformer this way uses a lot more CPU (over 200% instead of under 100%) but about the same RAM. …

Since you are using mainly Noteperformer, it could be helpful for you to achieve the result you would like.

Oh boy, now I have to pull the Dorico manual & figure out what Expression Maps are!
But seriously, Thurisaz, thanks for going the extra mile to help out. I will definitely check this out.

It’s a bit old but will still help: 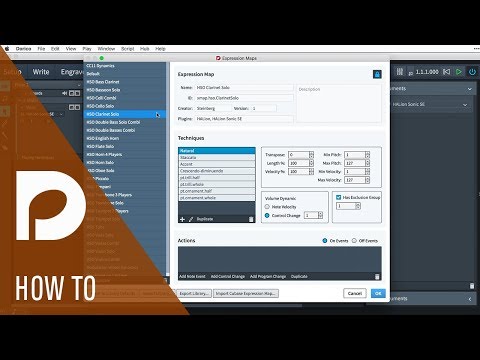 This is a case where David Tee’s hack on NotePerformer to activate one instance per instrument is really great.
[Edit] I see now that @Thurisaz has already explained this all