Hi, I’m trying to imbed ISRC codes into wave files that will be sent direct to radio without making a DDP or PMCD. The manual is not very clear on how to do this. Any help would be appreciated.

There is more than one place to embed an ISRC in a WAV file. The two most common are in the ID3v2 area, and AXML chunk per the EBU recommendation.

Or, you can simply load the Factory Metadata preset that loads only the AXML and ID3v2, see attachment.

Either way, when you render the WAV (or mp3) files from the montage, the ISRC codes will be embedded.

If you need to do this with standalone WAV files outside of the montage, you can do this in the standalone audio editor, but I think this free Sonoris app is easier than doing it one by one in WaveLab: 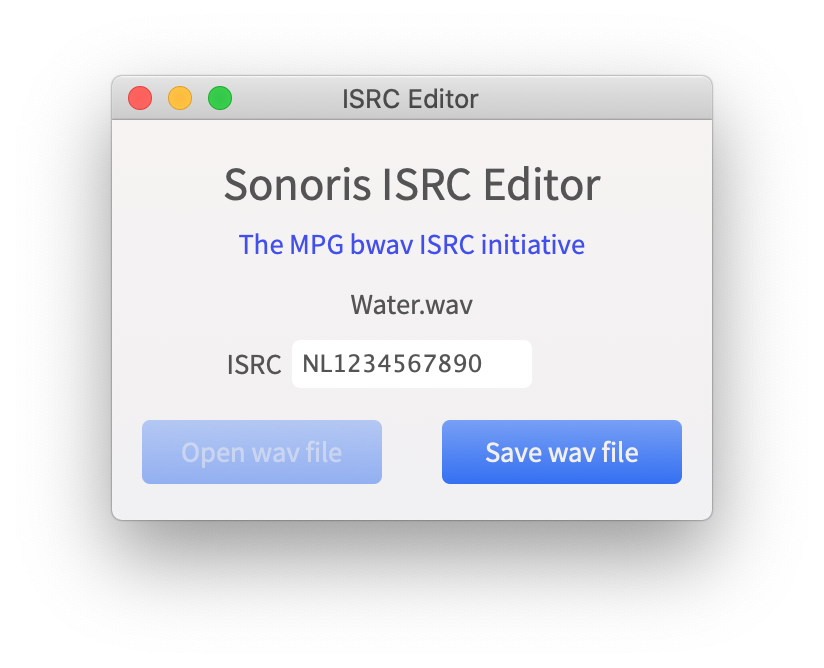 Download trial Win32 Win64 macOS The ISRC Editor is free software that enables you to inspect, add or edit ISRC information in a Broadcast wav file. The ISRC is embedded in the wav file following the…

The best way is really to set up your montage and metadata preset so that the ISRC code is automatically embedded.

Thank you Justin, that works perfectly and it’s great to have the Sonoris to check it

Thank you Justin, that works perfectly and it’s great to have the Sonoris to check it

Yes, especially until you get a more routine workflow, double checking in Sonoris is a good backup plan.

Also, since the app is free, your clients can also use the app to see it with their own eyes if they prefer.