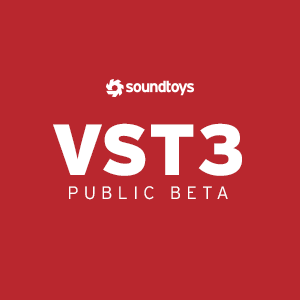 We are excited to announce the immediate availability of Soundtoys 5.3.8 – which includes support for VST3 – as a public beta for macOS and Windows.

Can you make a list of these older VST 2.4 plugins that you still use? There’s probably multiple alternatives, including updated versions made by the original developers after joining other companies that you might not be aware of.

have you read this thread ? There are lots of plugins that don’t have VST2 versions.

Yep, and most of the companies mentioned in the first few posts either now offer VST 3 versions of their plugins or have made announcements regarding that.

@DrWashington seems to be on Windows, so he probably doesn’t have to worry too much about this right now. There’s still a long time to go until the first VST 3-only version of Cubase is released. In 8~12 months it should be a lot clearer which plugins will actually need to be replaced.

There’s still a long time to go until the first VST 3-only version of Cubase is released. In 8~12 months it should be a lot clearer which plugins will actually need to be replaced.

The big factor is projects being saved today carry the definite risk of not loading correctly in future versions of Cubase. So, while it’s nice to wait and see - It’s clear that if you’re running VST2 then you need to act sooner than later.

Bouncing out to stems should be the minimum recommended action (imo). We know VST2 is being dropped, what we don’t know if there’s any issues that arise with VST2 support between now and then whether it would be fixed.

I wouldn’t place any guarantees on it personally. Act now.

Updates on some of the stuff I’ve seen being mentioned in this topic:

thanks, good research and as you say, lots of those are mentioned above - but good to get links.

XLN are now VST3 but AD1 is never going to be updated (which applies to a lot of other developers)
Gforce…well, I’ve been speaking to them…and it depends what you call ‘legacy’…to quote Greame “What is legacy now is Oddity, impOSCar and original M-Tron.” Obviously we’re still waiting for updates to the vast majority of their stuff.
Relab - being saying that for years.

It will be interesting to see what are free updates (thanks Toontrack, XLN et al) and what are a paid update.

Also some developers are being smart and using the same UID on the VST3 as the VST2 and this means you can simply install the VST3 version over the VST2 and legacy projects open perfectly (thanks Korg - took a couple of attempts but works now!)

FWIW - Soundtoys VST3 is out of beta today

BTW: Serum from Xfer Records VST3 version has been released.

Just linking to this in here, it’s from the 12.0.51 update and should allow for better migration from VST2 to VST3 in existing projects.

The VST 3 SDK now provides a file that allows developers to tag their VST 3 plug-ins as a replacement for another plug-in (for example, an older VST 2 version), even if they have different UIDs. https://forums.steinberg.net/t/vst-3-7-5-sdk-released/786928 This is currently supported by Kontakt 7, which can replace Kontakt 5 in older projects/templates. Deleting the Cubase Pro VST3 Cache folder might be necessary to trigger a plug-in rescan if you already have Kontakt 7 installed.

So if anyone getting problems with VST2 instantiated projects not loading the VST3 equivalents, hound the developer to fix it their side.