Don’t remind me! But yes tax writoffs are your friend. Music is central to this project, I’ll post the details when we release.

About the cable management:
for simple music input I use a CME 37 keyboard and for serious work a Kawai VPC 1, for both I use wireless bluetooth (CME).
Works great, less cables.

This might be veering even further off topic, but I recently picked up one of these standing balance boards. I now work standing up almost all the time, except when I’m feeling extra lazy.

Thanks to the new standing desk and this, my back and shoulder pain have completely vanished. Posting it here in case it’s helpful to other users who have a hard time sitting for long periods of time.

I had something similar for a while, but I actually returned it because I started locking my knees and causing other issues. Mine could rotate 360° though; it wasn’t just side to side, so that might have influenced my habits.

Standing has it’s problems too (I’ve had standing desks for 25 years now). Since we’re all musicians we should understand, it’s little different than playing the piano or any instrument without pain. You have to understand your body, manage tension, keep proper posture, and be sufficiently flexible (or supple as Chopin told his students). He had some other good advice on the subject.

“He always advised the pupil not to work for too long at a stretch and to intermit between hours of work by reading a good book , by looking at masterpieces of art, or by taking an invigorating walk.”

Truth be told I neither sit nor stand, but with the stool chair am midway in a ‘dressage’ rider position, which tilts the lower lumbar properly. I can work that way for 12 hours a day (and have been doing exactly that for many years!)

I need to get a better look at your chair.

I am strongly considering a standing desk when I move in a few weeks and leave behind the one I’ve had since high school (I think).

I don’t know if you are supposed to do this, but today I tried using dorico for ipad with a mouse and keyboard…

There are some things missing with the mouse (like selecting multiple notes is a bit tricky), but I really like the portrait orientation and portability of this setup. 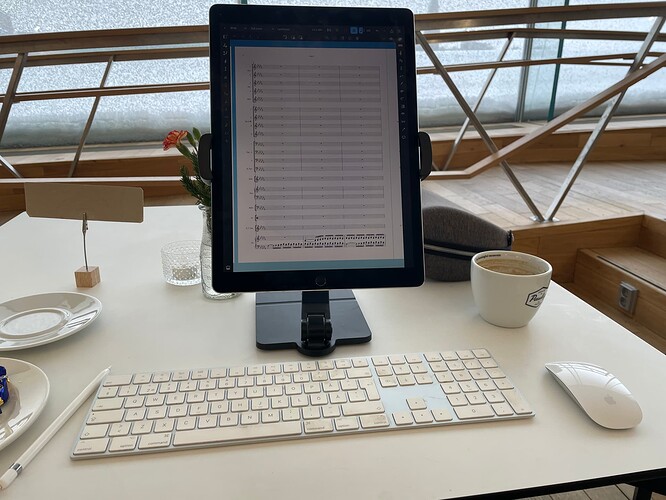 Where did you get the stand? 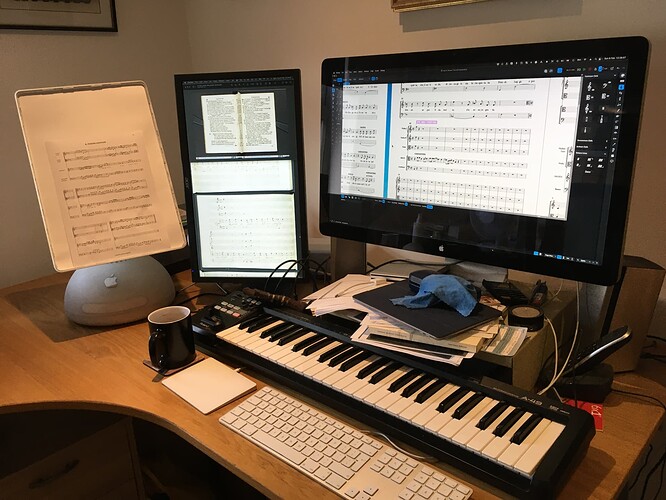 Highlights include an old G4 iMac which I’ve converted into a lectern, and a metal monitor stand that I originally used with a BBC Micro in 1982, under which lives the Mini and connected disks. There’s some Bose speakers and a scanner somewhere.

The desk is a standard IKEA unit, which I’ve set to a height that is slightly unsatisfactory for both sitting and standing.

I need to get a better look at your chair.

At my {old day job at bigcorp} I had access to about every office chair made and used most of them for long periods. The Herman Miller Aeron got a rep for being the one so everybody bought them, but don’t, it’s one of the worst. The best and one of the cheaper is the Steelcase Criterion. It has the advantage - that none other I’ve seen, of seat pan tilt (actually it has the most adjustment points of them all).

Look at an upright dressage rider around the hips, you’ll see a forward tilted hip with a free upper body. That turns out to be the rest pose for the human body. For the science behind this look into the “Balance Method”, Jean Couch is a well known practitioner. There’s books you can get on this. Don’t bother with the derivative methods that I’ve also tried such as Feldenkrais, Alexander, etc.

The stool with a sit/stand desk lets it happen naturally, with your legs resting on the foot ring and the downward angle that’s perfect.

The stand is called hover bar duo. It’s quite expensive, but so far I have been really happy with it. It also works really well on my table next to the main monitor

I second the Arturia Keylab MKII 61. I’m not a keyboardist or a MIDI controller aficionado but this controller is well-made and works great. This replaced my 25-year old Fatar 61.

I alternate between a regular office chair and this, but I drastically prefer this one. It allows me to be in an upright/engaged posture but in a very comfortable way, since the ball moves with you and you can lean/shift weight very fluidly. 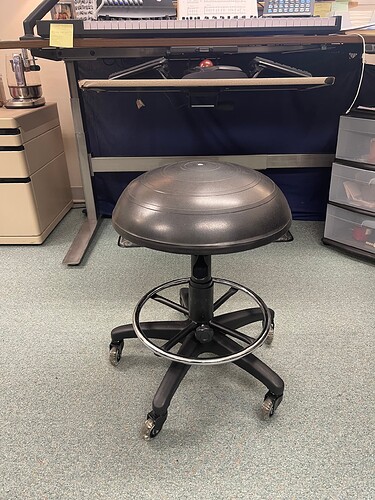 (Also, @DanKreider you can see here what I meant when I mentioned my backdrop earlier in the thread.)

I’ve added some equipment to my desk. Not sure it’s improving my workflow. 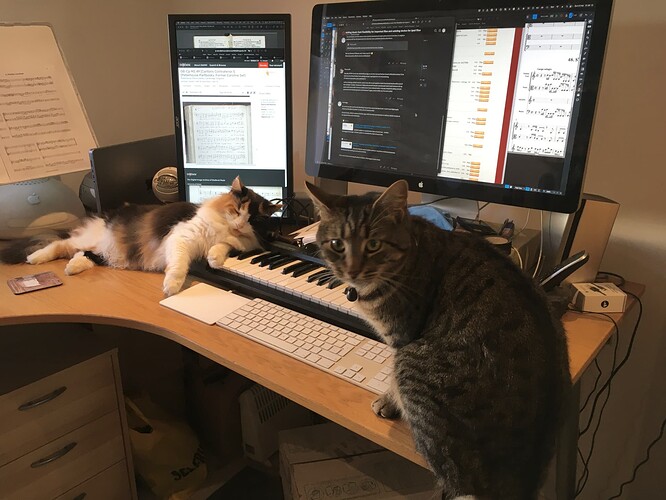 I suspect pedal tones and cluster chords got a whoooooole lot easier though. 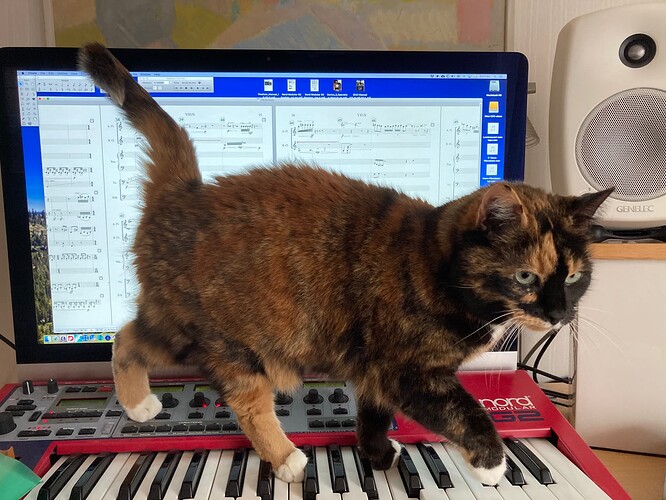 Now I understand why so many modern composers sound the way they do.

On the contrast: Catastrophic!

Sorry, I was just kitten. 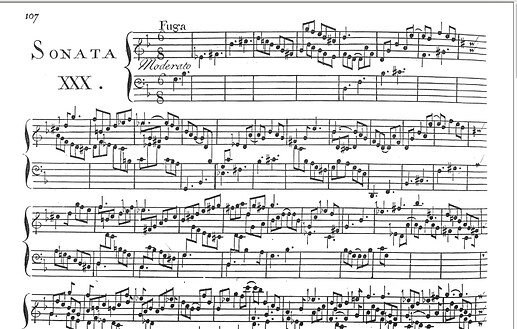