New Right-Zone Media Category that displays all ‘Parts’ in the current project, organized by Track Name, then Part Name.

Shared Copies are signified with ‘=’

Shared Copies tree-expand into a sub-list that shows their locations either by time, bar, chord-track chord, or arranger event

Real Copy simply show as themselves without list expansion

Since MIDI don’t have ‘Parts’ like audio, only shared copies, MIDI events just show up in this new Parts Right-Zone Utility. User has ability to Filter ‘MIDI’ + ‘Shared Copies Only’ in the list filter.

The Search will filter out both by track name and part/event name. 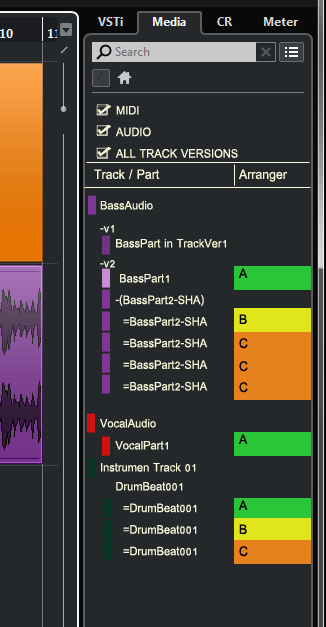 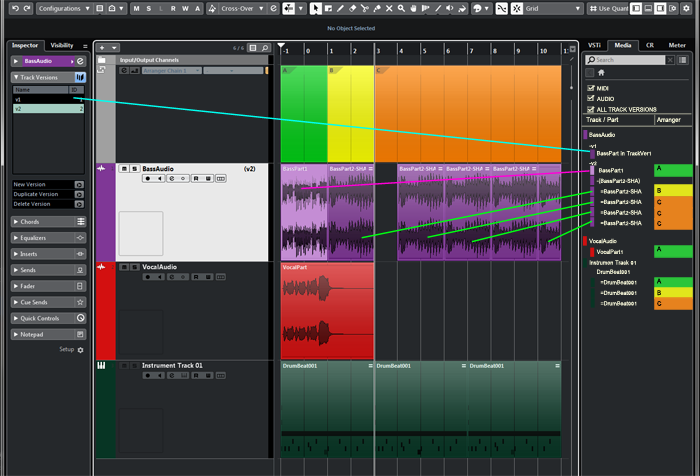 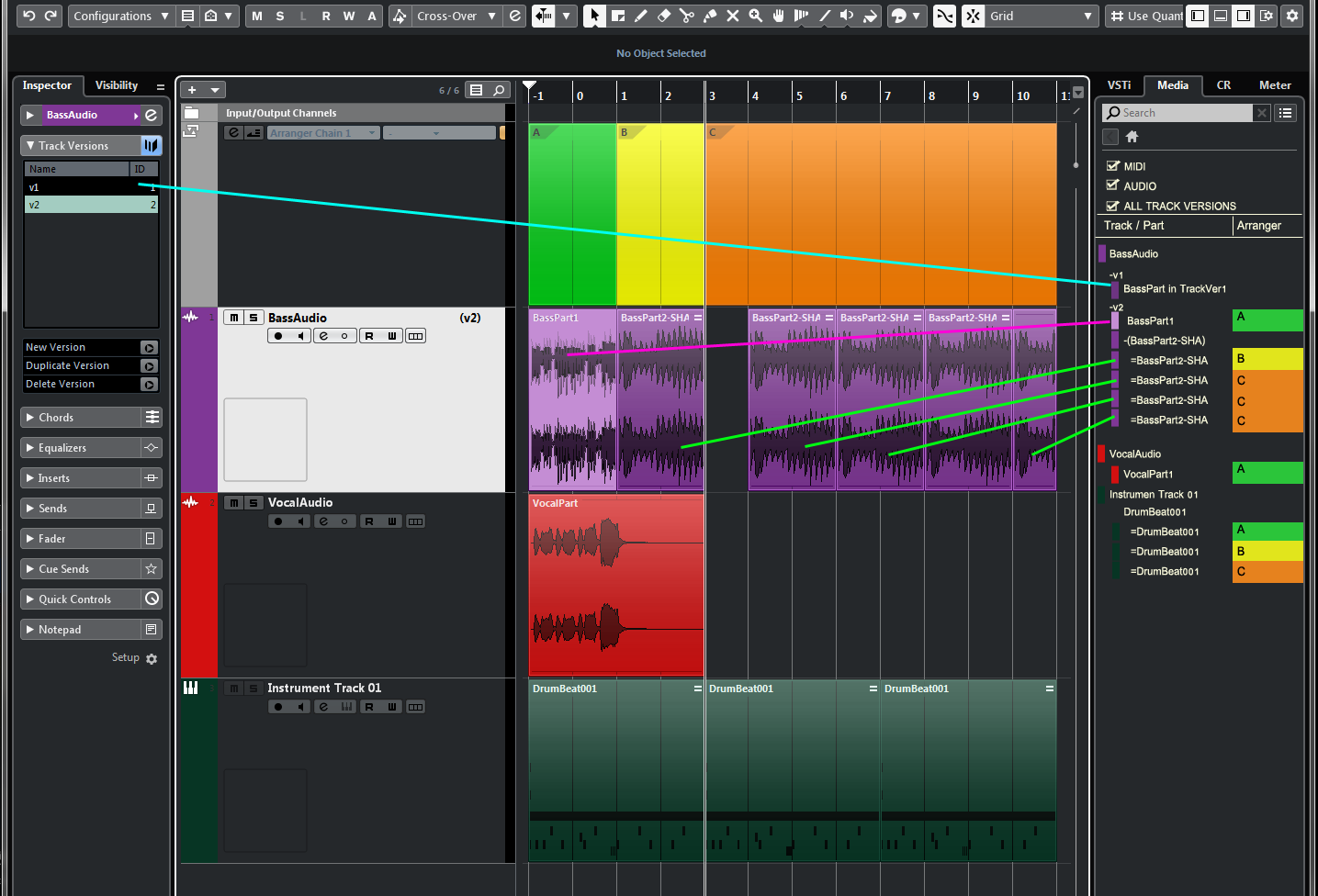 This in general, allows users to:
-quickly make arrangements using existing parts without having to scour scroll their project
-find parts in old TrackVersions they maybe forgot about
-find muted parts they forgot about
-quickly loop parts

There is some cross relevance here with another idea-thread I have in FRs:

Hey, because of another members critique of the new CC/Automation curves not including or translating to shapes, I thought of this feature. The Automation shape tools (triangle, sine, parabola, etc) when used, would instead create an “automation...

Perhaps these Automation Parts and Events, could also show up in this list, or a different list under a different tab. Then users could drag in previous automation events elsewhere in the project. There could be a micro-image preview of the automation, just like a small waveform preview of audio.

This was worthy of far more attention IMO.

Pretty cool, I can see some kind of use for Arranger and right-tab…

I was thinking more about the Arranger features and how some ideas in this thread would be really great - filling an area in Cubase features that I think is lacking.
In addition to the features in the OP, I would make add a dedicated control track for this (which updates the existing Arranger track), and allows for Midi input to directly control the playback of the parts.
Allow for playback of more than one part at a time, to try stacking of different part combinations.
Playback would either lock to tempo or be freeform.

I want to see Steinberg evolve this feature although not to copy Ableton or other DAW but to find its own ground to cover, and right-zone would add the polish that I think Cubase users would enjoy.