maybe a strange place to ask my question, but I have a small problem.
I have 2 nice good studio monitors connected to my UR22MKII, no problem.
but a lot of the time i’m forced to have my headphone on my head

with my bose , the sound is nice, but for mastering, mixing, it’s total crap.
so I have been looking around and found out that some use beat by dre studio, but most of the specialists give other - for me - unknow brands.

is there anybody that have experience with the :

the core of this headphone with the UR22MKII is to have the perfect sound mixing level, mastering, etc…
most of my time it’s for EDM, TECHNO, so not much classical songs.

well, maybe somebody can help me out with their experience.

Perhaps AKG headphones ‪could be up your alley too. It would depend on your budget which one.

what type of AKG you have?

what type of AKG you have?

If you’re going to mix on headphones and not just reference, then you should really consider Sonarworks and an even better combination for headphones in your Control Room is a plugin chain of Sonarworks followed by Waves NX(with the NX Bluetooth head tracker)

For comfort, the AKG K712pro are hard to beat and available through Sonarworks with +/- 0.9db curve

hi,
I’ve done loads of mixing on Sennheiser 558s. With a combination of these and looking at a spectrum analyser I get good results. They’re open back and lightweight, they give lots of detail and don’t tend to be fatiguing after prolonged listening.
It’d be interesting if you could audition them against the models you mentioned as they’re in the same price range.

My favourite phones are the Ultrasone Pro 750. Some love it, some hate it. I personally find them great in sound, pretty good at translation to the real world and comfortable. Prefer them over the Pro 2900. And since there’s a 'Pro XYZ_i’ series now (haven’t tried) the non-i_ versions are cheap on ebay

DT-770 is also fine but not at all comparable to the Ultrasones. To my ears of course, can’t speak for others.

When forced to mix with phones I use 250ohm DT990s, the headphone amp on my UR44 coped fine, I use the closed back equivilants (DT770) for tracking so I can gauge how loud a cue I’m sending to the singer. I soon got used to the DT990s, my mixes sound as good with those as with my monitors. In fact the bass response is better in the cans. I think they are outstanding value for money.

AT ATH M50s - but the older ones if you can find them. The newer ones (ATH-M50X) seem to have a slightly hyped low freq response compared to the older ones…just enough that it matters (to me at least).

But the older ones without the removable cable…let’s just say these are the only headphones I have ever felt confident enough about to actually mix with. They translate very well to my Dynaudio BM6As.

You have to take into consideration whether you will be recording using a mic while wearing headphones. If so, you will want a closed back headphone. Open air cans will allow bleed through into your microphone, particularly of the click track.

I really like my Shure SRH940, for a closed pair they are surprisingly neutral.
My AKG K701 are also nice, quite open, so less annoying with longer sessions.
My AKG K240DF sound pretty much like the K701, just less detail.
My AKG K270 also very neutral and closed, really good for singers.
My Beyer DT770 are really not neutral, lots of extra highs and lows, they have a lot of detail though. Absolutely not to be used with singers, I have tried many times and they all complain and sing off key. There is simply not enough Mids in them. But I love to use them when editing, really good for picking up clicks and other noise

All three amazing for closed heaphones, for the price and for bass reproduction.

For rough mastering, I would get the 250ohm 770s, over the 80ohm, as they are slightly brighter.

Then get the ATH-M50s for bass. If you can get the mix to not be too boomy on the M50s and not too bright on the 770s, you’ll be in the ballpark.

The 770 250ohm would be my single choice, if I had to choose. Next, the 80ohm. Then the ATH-M50s. I’d then take the ATH-M50s probably over every headphone priced the same or under and even a few above its price point.

Well, except the AKG K240DFs. Those are a must. The Yamaha NS-10s of the headphone world. 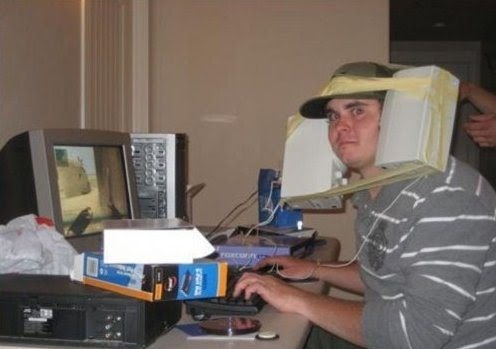 My hands down favorite that I’ve used for many years are Sony MDR-V6. They are very comfortable, open and well balanced.

beyerdynamic DT 770 … Never had this model but all the Beyerdynamics I have had have been truly terrible. Sennheiser have always been good.

never expected to receive so much info

but now you all made it even more difficult

for what I read the : beyerdynamic is not a good option.

to explain what I do with the headphones, composing music (electronic music) and mastering, mixing at night.
when I’m at my studio I do this with my studio monitors.

at home, there is some noise of kids, and normal house hold noise, so I think for what I read that the half open headphones are not quit good for that? or do I have a missunderstanding for that?

what some suggest is the AKG K712pro, I have seen this in the tests also, but his is also halfopen…

for me the headphone sessions take maybe max 3-5 hours… not a complete day, also no singing etc that I record…

so is the best then a closed headphone or halfopen?

I ask maybe much info, but I see a lot have more experience with that than me, so that’s why, It’s important the headphone has almost the same output music color as my studiomonitors, so that I don’t have too much freq in all ranges if I compare. My studiominitors are JBL, and very happy, very good speakers.

well I just phoned a music store, I will take my laptop, cubase, songs and UR22MKII with me to them.

then I will test the AKG K712Pro, beyerdynamic DT 770 250Ohm and 80Ohm, then I have a perfect situation to hear the difference.

I’ve tried a few headsets, but the ones I keep coming back to are Sony MDR-7506. They appear to be on sale at the moment:

Make sure you try the ATH-M50s while you’re there!