What is the best way to the section name like Introduction?
The following is inserted by 'Text", but it appears under the tempo marking.

You’d want to add that as a token on the master page. 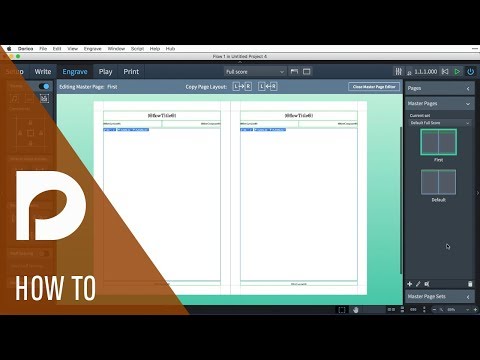 Thank you for your tip, but it is irrelevant to my question.
Sometimes, the word “Tema”, “Var. I”, etc. could be inserted by tokens, but the word such as “Introduction” and “Coda” are treated differently.
In the example below, you might see even the variation number indication appear in a system. To do this, we cannot use tokens. 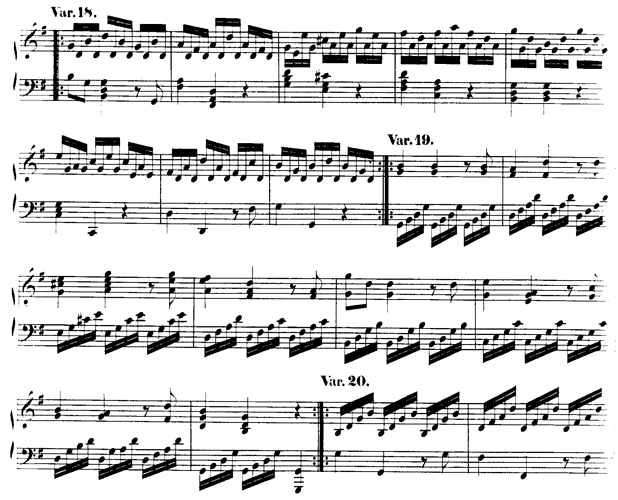 Moreover, there is surely no appropriate feature to insert the word “Chaccone” like the example below.

However, there must be a good solution for inputting section indication within a flow.

An example of 1er Couplet: 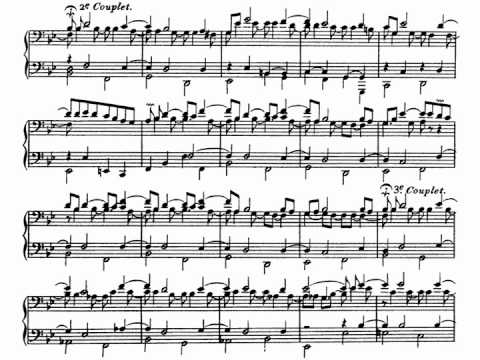 Have you tried System Text? Shift+Alt+X.

If it appears below the tempo, go into Engrave mode and drag it.

I have texted System Text.

If it appears below the tempo, go into Engrave mode and drag it.

I mean this is a problem, and Dorico must provide a feature for this.

I can’t see why System Text wouldn’t work for 90% of the cases you’ve asked for.

If Dorico provided options for every little formatting difference use by music publishers in the last 500 years, there would be thousands of options but no way to find which one you wanted!

To add to the list of possibilities, you can use rehearsal marks for the “Var ” markings above the staff. Set the rehearsal mark to V and type “ar. 17” or whatever as the suffix.

To add to the list of possibilities, you can use rehearsal marks for the “Var ” markings above the staff. Set the rehearsal mark to V and type “ar. 17” or whatever as the suffix.

To use “rehearsal marks” for “Var ”, Prefix seems to be optimised for the word “Var.”
However, we cannot remove the rectangle frame.

However, “Moderato” is tempo text and “Introduction” is not.


As far as I understand, the methods in this thread suggested by users do not match the philosophy of Dorico.

Dorico has a forward-thinking design that is led by musical concepts rather than computational convenience, and this provides many benefits.

Deep design considerations are required to create a notation software like Dorico Pro, which might be of particular interest to users familiar with scoring applications. Dorico Pro has a forward-thinking design that is led by musical concepts rather...

What is here a solution based on the musical concepts? I do not find anything. “Rehearsal numbers” differ from “Var. ”. “Introduction” and “Coda” are same in musical concepts because they indicate the section name or section type (category?). However, they cannot be Tempo marking.

Thus, I think Dorico developers must find a solution for them!

You’ve posted several suggestions that I agree are helpful, but surely you can observe the pace of development, which has been quite fast.

In due time I think we will see continued growth in all these areas. It’s fine to post suggestions for improvements, but it’s less helpful to say “You need to add this feature immediately.”

Oh, sorry!
I do not want to request immediately adding this feature, but would like to know how the developers think about this.

Probably there must be some problems with my speaking/writing style. I do not feel my post in this thread is strong, but I will try to express my opinion in future more smoothly.

Thank you for letting me know this!

No problem. You’re right, language can cause confusion about tone and nuance. I misunderstood—my apologies.

prko, you’ve used the term “must” four times in this thread, not including your most recent post about language. At least in British English, “must” is a pretty strong term, and comes across (to me, at least) as an urgent demand.

It may not have been intended that way.

At least in British English, “must” is a pretty strong term, and comes across (to me, at least) as an urgent demand.

Thank you for letting me know this.
I now understand that I misused the word “must”. I had not known the word “must” could be interpreted as an urgent demand. I had thought it from an abstract perspective.