We don’t all age gracefully like you Steve! A wise man once told me, as women age, they start looking older, when men get old, they stop looking!

A while ago I spent a little time going through YouTube videos of that one song (nothing compares to you) and whilst it is sad to see how age can distort a performer, I am still struck by this song and her various renditions of it.

Still, the original version is tops. For me, that is her best work ever.

I encourage everyone to read her bio on Wikipedia… after I read through that, I am comfortable saying she can look and act any way she wants!

My hat’s off to her.

Steve, I agree somewhat with your comments about conformity, but again, its just not for everyone.

She looks old alright but as long as she’s got her talent, that’s fine with me, it’s the important bit

She looks fine to me. At least about average, like 90% of humanity

A bad appearance can often make or break you, and it means that much more to performers…

Are you sure about that…? 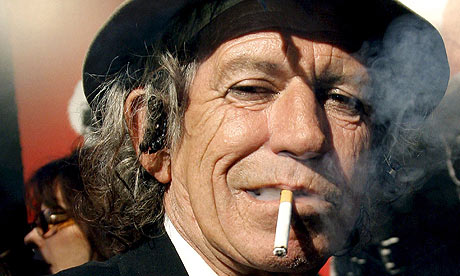 …Still, the original version is tops. For me, that is her best work ever.

I too liked the original version… and played that LP out… I think I wore a new groove in the vinyl !

Umm… Original… as in the Prince 1980’s original?? http://en.wikipedia.org/wiki/The_Family_(The_Family_album)

Now… Richards… looks older than the devil himself, but … thats what gives him appeal - hahah

OOH - maybe she just NEEDS a wardrobe staff and a personal trainer.


As Performers we convey a message. We want people to feel they can RELATE to us. We ‘perform’ as a way to invite people in to share the experiences we are expressing…

If she was playing retirement homes - then she was 100% on target !

I just looked at the photo again… I do think not even a blue pill can help me now !

…Still, the original version is tops. For me, that is her best work ever.

I too liked the original version… and played that LP out… I think I wore a new groove in the vinyl !

Umm… Original… as in the Prince 1980’s original?? http://en.wikipedia.org/wiki/The_Family_(The_Family_album)

Naw, I meant Sinead’s first rendition, I know its a cover!

Amy’s still hot, even though that particular shot above is unflattering! Late for her methadone I guess! 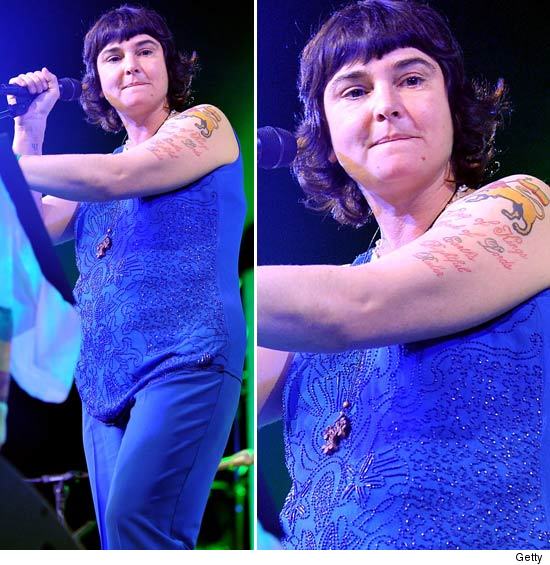 20 years and 4 children by 4 different fathers later, she has no strong need or reason to detract attention from her physical appearance - she is who she is on her own terms and on no one else’s - but then, hasn’t she always been like that?

I imagine it was probably a difficult thing for her to earn respect as a songwriter/performing artist when she first started out, particularly after knocking people out upon immediately confronting them with her (then) stunning beauty. Kinda makes me wonder how Medusa must have felt.

Whatever you think of her 44 year old look, the one thing we all can agree on is that she needs a new hairstylist.

I find it pretty funny how musicians, self included, who are always going on an on about “credibility,” or “sincerity” and such, when confronted with an image of a performer who is less than a perfect “10,” suddenly recapitulate the same prevailing, empty ethos of “beauty” that has come to dominate the culture

I find it pretty funny how musicians, self included, who are always going on an on about “credibility,” or “sincerity” and such, when confronted with an image of a performer who is less than a perfect “10,” suddenly recapitulate the same prevailing, empty ethos of “beauty” that has come to dominate the culture

My thoughts exactly, but not “self included”, Doug

But don’t you think she always was a bit ‘up yours buddy’?

There’s a thin line between being overly concerned with your own appearance, and letting yourself go…she’s somewhere inbetween. She’s obviously washed her hair, and is wearing what ‘someone’ somewhere may consider her outfit as nice. This shows she cares to a degree of her appearance. I’m betting with her hair done, a little make up, a little excercising and the right clothes she’d still be an attractive woman. No one looks all that great without keeping themselves up…that go’s for both men and women.

I haven’t heard her new music so I can’t ‘compare’…then again I don’t recall anything else by her except “Nothing Compares”. Not being political, I don’t really care about her political views so I won’t be reading up on her. But knowing she’s against the pope for the abuse of children is a good thing.,though not following all that, I’m not sure just how much the pope is at fault for the actions of others.

Perhaps she’s making more of a point NOW about how shallow it is for others who are (and were) at being overly concerned with her appearance - when,for her, the focus of her music was never so much about ‘her looks.’
…

Beauty is a blessing AND a curse.

But it really doesn’t matter. She is who she is.

Who gives a $#!T? Why should she conform to anyone’s cliché-ridden preconception of a rock tart? Good luck to her.

But it really doesn’t matter. She is who she is.

I just wonder how many artists say this:

Again - I am from the same generation as Sinead, but she could pass as my grandmother from those photos… AND WERE ALMOST THE SAME AGE !

Just bad planning I guess… or… anarchy… who knows

Who gives a $#!T? Why should she conform to anyone’s cliché-ridden preconception of a rock tart? Good luck to her.

I’d put money on the fact that you, everyone on this forum, has shaken there fist and cursed “them” for being so shallow and not seeing your talent just because you’re over 25 or wore the wrong style of clothes.

Now half of you are slagging the lassie off for her appearance. Not cool.

And hey: on a cynical note, would we be discussing her at all if she had made more “effort” and just looked like a 44 year old mother of 4?

I have experienced talking to homeless guys sitting on street corners or sleeping in venice beach (Los Angeles area) who had more talent in 1 finger (sometimes toe) than many I met at big studios when I lived there (including myself).

Unfortunately they just did not have the ‘look’.

Another time I was eyeballing an old man sweeping floors in an Arizona shopping mall. I told my brother “He looks JUST like XYZ from our dads old record collection.”

My less-than-well-mannered brother simply walked up to him and said “IS YOUR NAME XYZ ?”

The janitor became COMPLETELY embarrassed and was almost in tears and begged us NOT to mention his past fame to anyone else - after a successful career multiple albums recorded with giants in the 60’s - 80’s and now he was sweeping floors.

Needless to say - he no longer had ‘the look’ - but despite that he became good friends with my family and my dad helped get him back on his feet - and a steady gig with a local Arizona resort.

Its not just US…

Unfortunately a lot of emphasis is put on ‘the look’ and image as MANY contract artists can tell you… Record labels demanding performers lose weight before investing in them, changing hair color, hiding their gender preferences, etc…

Investors, Producers do not want their cash and time to be wasted… they want a Return on Investments made… they want to turn a profit…

I remember her for a cover of a Prince tune. I liked it.
I think she’s alright for a 44 year old. I was never piky fellow dough… Like i could afford to be.