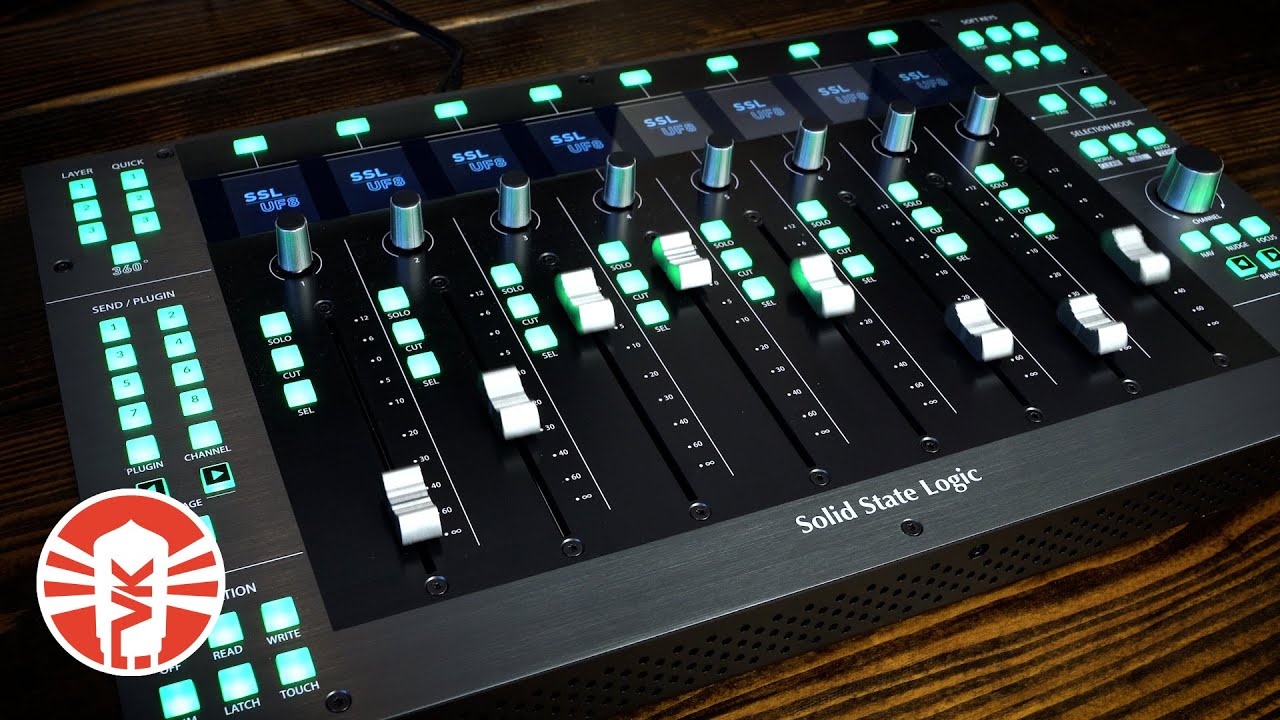 I am excited but it is not within my budget range…

Though this DAW controller looks amazing.
(BUT expensive…)

p.s. At the moment, I use my Maschine as MCU controller on my Cubase 11 Pro and I am pretty happy with it. I really need something more convincing to get this… :)…

Which DAW coontrollers are yall using and which ones serving you good enough??

I’m using Steinberg CC121. Very happy with it, the best integration to Cubase you can get.

Isn’t the AI function just a mouse scroll wheel? i.e. like what devices such as the nobcontrol offer?

Personally i was really disappointed in this new SSL controller, the hardware looks great - but it seems as though you have to install some middle-man software, such as how the Eucon operates - i.e. creates a virtual driver. But the end result it’s still only using standard MCU protocol.

So you’re getting nice big displays…But like so many, limited to 8 chars.

I was hoping they had their own protocol in place when i saw the large screens, i must admit. I really hope MIDI 2.0 sorts this controller issue out - but it seems just too open-ended at the moment.

Mackie/MCU is super long in the tooth yet still remains the only widely adapted standard, but it has the character limit, won’t auto bank based on your position in Cubase - And if you own multiple Mackie ‘powered’ devices Cubase wants to spread the controls across them, and there’s no way of duplicating across all.

Of course, Avid have Eucon too tightly wrapped which is the only other viable/established alternative.

Me personally, i run an old-school original Mackie/MCU - bulletproof and has been with me for many years. On my laptop i run either a Maschine Mk2 with MCU mode, or a Komplete Kontrol S49 Mk2 which i have created a custom MCU map via an on-screen MCU emulator.

In fact unlike most people, I use Mackie for plugin and instrument control more than i do for it’s faders/mixing - i would love an MCU controller, with screen, only with rotaries with the option to flip them to emulate faders. The Platform Nano (Plus it’s D3 screen) would be great but it’s only got 4 rotaries.

So many people don’t appreciate how deep MCU control is, and such all devices default to basic fader/pan controls as a priority.

Isn’t the AI function just a mouse scroll wheel? i.e. like what devices such as the nobcontrol offer?

Not completely. If it would be just scroll-wheel emulation, then you would be able to scroll by using the AI Knob. But this is not the case. The AI Knob function is activated only if you mouse hover over the scroll-able parameter in Cubase. What I’m missing, you can control the Info Line parameters by using mouse scroll-wheel, but they don’t react to the AI Knob. Same as drop-down menus.

What I love on the CC121 and the AI Knob is the option to lock the parameter to the AI Knob. Actually the AI Knob itself doesn’t make much sense. Once you hover the mouse over the parameter, you can use the scroll-wheel on the mouse already. But once you can lock it, then it becomes interesting. Does SSL support this important feature?

So many people don’t appreciate how deep MCU control is, and such all devices default to basic fader/pan controls as a priority.

What I love on the CC121 and the AI Knob is the option to lock the parameter to the AI Knob. Actually the AI Knob itself doesn’t make much sense. Once you hover the mouse over the parameter, you can use the scroll-wheel on the mouse already. But once you can lock it, then it becomes interesting. Does SSL support this important feature?

From what i’ve seen the SSL emulates a mouse scroll. But i guess they can extend it’s functionality via the 360 software.

And sure enough on Pg13:-
" FOCUS Mode - This mode turns the operation of the large encoder into a mouse wheel scroll emulation and is great for controlling plug-ins. Simply hover your computer mouse over the desired control and turn the encoder. The sensitivity of this mode will be determined by your computer’s mouse scroll sensitivity settings. "

Didn’t realise the CC121 was deeper than that, actually. I’ve heard many great reports of how well a device like the nobcontrol works - but it looks more style of subtance for me. Owning a trackball with the scroll wheel i guess, i already have that ability already so not so attractive.

I just wish that the CC121 offered paged parameters via it’s EQ control knobs for plugins/instruments - but i believe the 1.5 firmware added only quick controls. Which is a bit of a cop out for an advanced controller, just don’t understand why they didn’t use the remote control editor - The CC121 would be incredible then.

Me personally so, eager to try the real MCU controller! because I’ve been using my Maschine mk1 with MCU custom template, it is super convenient…!
Oh, KK mk2? actually I own one Komplete Kontrol s25 mk1, do you know anything about setting it as MCU daw controller just like yours, but earlier model…?

I use the Ai knob all the time on sends , High/low pass filters etc. I just hover my trackball cursor over with my right hand and use the Ai knob with my left hand to set the level, it works very nicely, much better than mouse scrolling.

How is the sensitivity resolution like? is it ‘fine’ enough…? just curious!
Apparently the NobControl can do real fine-tuning…

I was looking to change my setting on cubase but… cubase does not have that option yet.
General sensitivity setting for overall knobs/fader parameter changes…

I’ve never had to think about it so it works perfectly IMHO.

I see, I just wanted to know how you have experienced with it