Today I bid you farewell Cubase

I have been using Steinberg DAW since 1987. First PRO 24 then Cubase on Atari STF.

When Atari died, I switched to Apple. I was able to open the sessions created on Atari (.SNG) on my Apple computer without any difficulty.

Over the years, still on Mac OS 9 and then on OS 10, I have updated and upgraded my versions of Cubase up to Cubase Pro 9.

A few years ago, I wanted to import my first Atari (.SNG) sessions into Cubase.

This is not possible, even going through Cubase SX3 on an old Mac running OS 10.6.

This is not possible, unless you go through an Atari emulator, which is illegal.

There again I had to find an old Mac computer running OS 10.6 in order to be able to open Cubase SX3 which alone can import these old (20 years, not so old) Cubase sessions.

Why, for example, since 1987 have Steinberg never considered creating a simple utility to convert their oldest sessions to date? Why do Cubase users have to find an old computer on which to install SX3 in order to simply import an old Cubase session? Worse, why do Steinberg users simply no longer have access to their .SNG files?

In short, while we can recover, even degraded, files like Word, Excel and others abandoned, why is it impossible for Cubase?

Today I bid you farewell Cubase. I liked you very much. But I’m leaving you for another DAW.

This is not possible, unless you go through an Atari emulator

… or use an actual Atari ST, as I did recently to convert .SNG files from the mid-80s. You can now get hardware floppy emulators that allow you to store floppy disk images on a USB drive for example, meaning there are no more moving parts to wear out.

I do hear your pain, however could it not have been avoided by converting the projects along the way as the upgrades happened? I agree it would be nice if Steinberg were to release technical details of the obsolete file formats into the public domain, but we can’t assume they still have that documentation. The company has changed hands several times.

I had to find an old Mac computer running OS 10.6 in order to be able to open Cubase SX3

I’ve got Cubase SX3 running here on Windows 10 which can convert the .ALL file format from 2001. The file formats are the same whether Mac or Windows, that at least is to Steinberg’s credit.

I’m leaving you for another DAW

Presumably it can import .SNG files then?

If it, and you and I, are still around 40 years from now, we’ll see if it can even open its own files that you produce with it today!

This is where forward thinking came along. When the new format came about I opened all my old .all files and saved them in the new format. I still have them and they work. I never used .sng.
I see you still use a Mac even though they care little for compatibility.

For future reference, here are some excellent articles from the Sound On Sound website:
Cubase: Archiving Projects
Backup To The Future
Backup Strategies For The PC Musician (from 2004!)
It’s not just about backups, though; as any archivist will know, one must consider all the components, hardware and software, that are necessary to reproduce the sound your project creates. In a nutshell, save all possible versions and formats of the projects, render audio tracks and save MIDI tracks to MIDI files.

Cubase might not open your 30 year old Cubase Atari files, but any other DAW even more certainly won’t.

Actually, to count on any DAW opening 30 year old project files (from another, long extinct OS to add) with no issues at all, seems like an unreasonably high gamble. I don’t know if that DAW exists (and it will take you 30 more years to find out…

). Like @MrSoundman says, it’s all about archiving your projects so that they can be reconstructed without depending on some plugin (or even OS) that might not work in 10 years.

Well, as Steinberg is trying to attract professional users and professional users do keep (or should be) backups of all their work… Wouldn’t it make sense for Steinberg to have all this archiving laid out in a convenient fashion for the very people who they’re trying to attract? I mean, it’s not very difficult for software to save to multiple locations at once or even convert formats when saving to specified “Archive” directories… As professionals this becomes a major component when choosing where to devote trust and time… But I agree that finding mediums that might stand the test of time can be tough, but standard MIDI or WAV files are a good start so there’s no reason projects couldn’t be automatically archived in the proper formats and locations by trackname/timestamp or such by the DAW

me too, it doesn’t work under rosetta 2 for me, function keys don’t work and when I press the short cut key for record it changes the editing tool. I have wasted so much time over the years on this terrible software that doesn’t work.

I think that is apples fault not steinberg

There’s no better form of long-term archiving than exporting stems out per project, so that you have all your tracks in a raw audio format - totally DAW, OS and plugin independent.

And on that subject, Cubase 11 recently brought very big improvements in that area. It was one of the selling points for me.

So, Steinberg have been active in ensuring the tools are well maintained and more automated to make it a very simple process whenever you’ve made changes in a project.

Everyone’s method of archiving differs greatly though, but despite those differences, I think it would probably be a nice suggestion for them to put out a guide to archiving for users. Many of the tools you can use for archiving are primarily promoted as ‘sharing’ tools, when they actually cover more uses.

Even an app like Reaper for midrange buyers includes functions for automating backups and archives (destination, schedule and format)… Just looking for a foot rub here, not a happy ending

Even an app like Reaper for midrange buyers includes functions for automating backups and archives (destination, schedule and format)

Best pics I could find in a hurry, but illustrates a primary and secondary save location for both project files and media with autosave frequency and media format preference… Plus using wildcards (eq. $Project, $TrackName, $Hour, etc) you could further customize the results

Those look like preferences for autosaving the project file and where to place media files? Archiving would be more like saving a set of rendered tracks or stems with burnt-in effects.

Compared to say, Pro Tools, Cubendo’s archiving options are already very advanced. You might take some time to set up a workflow that fits your needs. This guide can be a start:
https://www.soundonsound.com/techniques/cubase-archiving-projects

It wouldn’t hurt if Cubase added a simple “Archive project” option, which would ideally create a new Backup folder and render every track in the project to audio, with or without effects, depending what the user decided, all with one click.

It wouldn’t hurt if Cubase added a simple “Archive project” option, which would ideally create a new Backup folder and render every track in the project to audio, with or without effects, depending what the user decided.

That’s exactly what exists (?!), and it makes archiving a breeze. 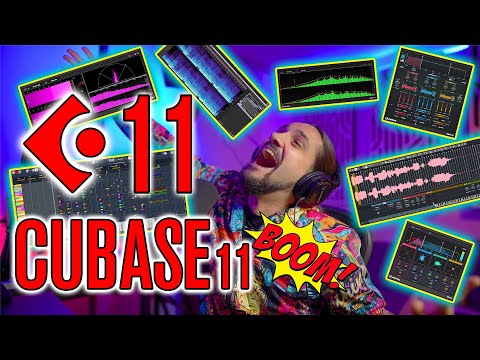 Plus we’ve got the prepare archive and backup functions, on top of that you have versioning within a project/each track, and also the incremental auto-save options which runs in the background.

@eirik_myhr See the setting on the second photo that says “Media format for Apply FX, Glue, Freeze”? Plus does Cubase at this point in time allow you to not only backup your project, but do so in a manor where you can direct all the different elements into subfolders as well (eg. C:\ProjectDirectory\ $Project\ $Trackname\ $TimeStamp_$TrackNumber,[000])?

See the setting on the second photo that says “Media format for Apply FX, Glue, Freeze”?

I did see that. To me, those look like settings of what format to store freezed audio in, when you do choose to freeze effects – not an automatic archiving feature of an entire project.

@eirik_myhr Using scripts, all those processes can be automated… You could essentially write a small script that would gather all the media in a particular folder, glue all the FX (basically similar to a track freeze) and then repackage all those assets and throw them into another directory… Google is your friend when it comes to working with scripts and the amount of automation they’re truly capable of

Don’t get me wrong, I’m not dissin or trying to take anything away from Cubase… It’s still my very first DAW and the one I’ve been using longest… It’s also my go to when it comes to working with MIDI and virtual instruments and to this day is unmatched in that arena, but when it comes time for laying down tracks and doing the real money work it still has some pretty big limitations that can get rather frustrating and time intensive trying to work around… Just my 2 cents