UR816C: all inputs always audible on out 1 (even without CuBase, even with PC off)

Hi there, my UR816C is ALWAYS outputting to stereo out 1 whatever my hardware synths and mic and guitar play on any input, either mono or stereo. I had this issue before, thought it was a direct monitoring setting, but strangely enough I had to switch that on to achieve the desired state: I only want to hear my inputs when Ive opened CuBase with an audio track assigned to that input, and the little orange monitoring button is switched on. Now, since today, the problem is back. Even when my PC is off, the UR816C will always route any input to the output. Very frustrating to record hardware synths like this. I tried changing the direct monitoring tick box, but nothing helps.

Anyone any bright ideas?

You can adjust that in the DSP fx mix software. Turn the faders down from the channels you don’;t want to hear in the MIX.

Thanks! But, dumb noob question, will that still allow me to uhm… record the input channels I do want when I assign a Cubase track to it and press the little orange monitor button?

Assuming/hoping the answer is ‘yes’, what would be the purpose of always having your inputs directly on the output, as I have now??

It works. Thanks! I still don’t understand

a. Why someone would want all inputs to the output by default?
b. Why the setting, saved as Scene 1, does not remain permanently selected? I need to select it manually whenever I notice the problem is back?

You do not want to push the “monitor” button in CUbase, because then you listen to the Cubase outputsignal of that track, which has some latency.
The purpose of the inputchannels from the URC is that you listen directly to those inputsignals, which are latency-free. So only the fader of the record-channel you use in the UR816C has to be turned on for listening latency-free to that sound, the rest of the faders can be muted or turned down. I use my UR816C only for external hardware, not for recordings any instruments or so.

a. Don’t know either. I have allf my faders down in all 4 mixes and saved that setting as “default”. Otherwise I have feedback on my channels because of my hardware ins and outs.
b. I only save my presets of the UR816C in the DSPFX mix software itself, not in Cubase/Scenes.

Thanks for all your kind answers!!

I meant in the hardware mixer settings (I don’t know what a CuBase scene is). It keeps changing though.

Oh and also, I sometimes see (only at In 1 and 2) “controlled by DAW” in the hardware mixer. Isn’t that what you’d normally want? How do I explic

Is there some more info that explains the interplay between this direct monitoring (that’s what it is right?) and recording/monitoring in CuBase?

I use “Store” to save all settings of the DSPfxmix, It opens always ion my last settings. But I have a coupkle pf presets there that I made. Must say I always use the UR816C with my computer, never as standalone. SO I always open that hardware mixer at the same time and check if my preset is the right one for my use.
And yes, you should use the hardware mixer for monitoring yourself DIRECTLY from the inputs so you don’t have any latency while recording the input. That’s the reason why there are FX on the input channel. ANd the backing to reccord to comes from Cubase and has no latency, because you play along with the signal that you hear in the DAW channel of the hardware mixer.
In my CUbase in Device-settings I do not have “direct monitoring” activated.
There is nothing to it, just play your guitar throught the DSPfxmix software, record that on a track in Cubase( do NOT use that little monitoring button the record-channel) and play your mix in Cubase and record to that. In theDSPFXmix software you can choose to use amps-FX fjust for monitoring or record those at the same time.
Hope this will help I personally do not use the URCrack in the Cubasetrack, I always have the DSPfxmix software open at the same time, on another screen (or my I-pad on the side). Much easier for my taste.

Thanks i think i understand it. so just use that Yamaha mixer next to the CuBase F3 in the manner you describe… thanks!

that’s my way of using it. Then you can use the Controlroomn in Cubase and no need for monitoring the inputs through Cubase and no latency.

Unfortunately I don’t have Cubase Pro, I have Artist 11, so no cotrol room

No worries, CR not really necesarry.

Wait… you got control room to work with the UR816c?

Can you use the UR816c Rev-X reverb for monitoring and stuff too? This has bugged me for ages as I’ve not been able to get it to work.

This should be how things work and interact between Cubase and the dspFx mixer. I’m gonna try that out in a bit. 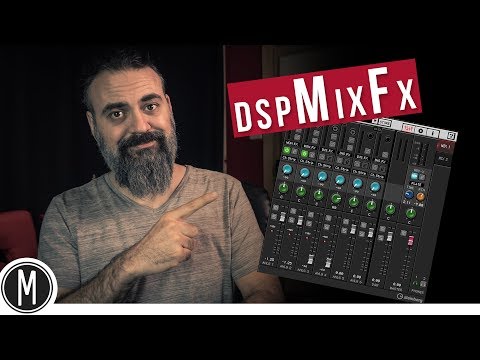 I guess I should have been more specific.

What I can’t get to work is this:

To use the CR you have to make an extra pair of outputs in Cubase and assign them to the CR ( I think that was the solution… somewhere here on the forum it is described).
Myself I don’t use the DSpfxmix in Cubase, so I always can make the CR work, I use the dspfx software on a seperate screen, and there I make my adjustments.

I have enabled “Direct Monitoring”, but when I look at the list or Racks in the mixer, I do not see “Hardware” and thus cannot access the hardware channels. Am I missing something?

I don’t have this enabled, because direct monitoring is done by the URC itself.

Okay, interesting, I thought that it was necessary to see the “hardware rack” in Cubase? I’ll switch it off again and see if I can detect consistent behaviour between the unit, the dspFxMix software and Cubase lol. Thanks for your kind assistance thus far!

There are older Topics here where all is explained how to do this. I just don’t use those racks in Cubase.