What does cubase have that Studio one and logic doesn't

Cubase is by far the most expensive comparing to studio one and logic. Before purchasing Cubase I’d like to know if they really actually offer more then the others. what exactly can Cubase do that Logic and Studio one can not?

Cubase Pro has the Control Room. A feature I cannot live without anymore in my studio and monitoring workflow

Every major DAW has many features that others don’t have. A couple of the features in Cubase that are important to me: Drum editor, control room, midi input to insert effects, audio parts.

Cubase has a lot going for it. I don’t have Logic but I do have Cakewalk, Studio One, Samplitude and Cubase. I use Cubase for 99.9 % of anything I do. I like the way it looks. I think its FX are top notch and so far there isn’t much I can’t do with it. Its stable and its cross platform.
Of all of them I think its the easiest over all to use considering its massive features. As far as features it has too many to list here. I suggest you compare its features with any other DAW and see if it meets your needs.

Familiarity… I’ve NEVER understand the 1st thing about Logic; Studio One seems a bit goofy looking to me (and for reasons that stump me and their tech support, simply will not install on my Mac Mini…)

I used ProTools for over a decade, Samplitude is the go to when using the PC side of things.

Cubase is great for scoring and audio recording editing.

A poor maintenance and update strategy.

I recently downloaded the Studio One demo, to check for myself. Studio One feels a lot leaner, snappier, less glitchy and better thought out from the ground up. The deal breaker for me was the MIDI editing and chord handling. Studio One doesn’t even get close to Cubase.
Admittedly, that’s probably the only thing I’d miss. Other than that I love Studio One, and if they improve that aspect in future versions I may as well do the switch.

Cubase is by far the most expensive comparing to studio one and logic. Before purchasing Cubase I’d like to know if they really actually offer more then the others. what exactly can Cubase do that Logic and Studio one can not?

if your’e debating between Logic, StudioOne and Cubase,
go either for Logic or StudiOne, I personally would recommend Logic.

I am a long time Mac user. The very important thing that comes before a software feature is stability that Cubase lacks, IMHO. I have loads of Cubase crash files on my iMac and MacBook pro. Also, the disabling Preferences ( safe mode start!). I also find Score editor outdated and very buggy.

I do appreciate it if someone could tell me why there should be conflicting preferences (use settings) in the first place? Safe modes are often implemented for most operating systems such as Windows, macOS, Linux, etc.
I hope Steinberg makes the software stable so that there is no need to remove preferences (or run the safe mode feature)!

Shout out to Logic users, I have a few questions, please let me know:

Shout out to Logic users, I have a few questions, please let me know:

All yes except macros

All yes except macros

I have just checked some of the previous features, I can say I like the automation curve feature when you can easily make S line, while in Cubase you need one more do for this. 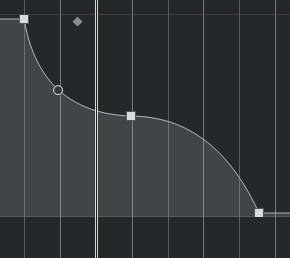 Also I like that every track has volume slider, and in Cubase it is usually hidden, so often you need an extra click to tune volume.

Also I kinda not able to find some proofs that you can A/B plugins and copy paste their presets, like Cubase. This is what I mean: 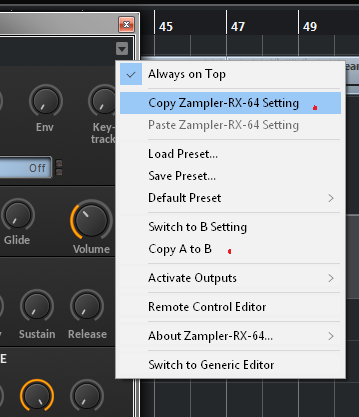 Also didn’t find something about logical editor, but maybe it has some different name. Can you pint out me please. I wonder if there is something that can color tracks based on name, or name tracks based on something else, delete muted notes, etc. Couldn’t find anything like that, I know about Transform Window and MIDI functions though.

Loopmash! Worth the price of Cubase Pro! None of the other DAWs have anything like it.

1 8 9 10 Yes
No A/B for plugins like Cubase but there is Compare feature to go between the previous and current setting.
Plus plugin window exclusive undo/redo and copy paste for copying settings between plugins.

Midi Transform is similar to Cubase Logical Editor
but nothing like PLE.
But lots of midi functions like select muted note/region, select lowest/highest notes etc

Wow, cool, really cool. I am impressed. I haven’t thought Logic Pro is so much advanced!

Regarding Studio One, mostly it is pretty strong, but there are some things that seem surprisingly off. This evening I did a quick mix of a live program with 5 tracks. I normally do that in Cubase and have a workflow that is really quick. And to be fair to Presonus, a good part of that workflow is plug-ins from third parties. I did this mix in Studio One because that’s what the band leader has and I will be turning over the files to him. Because of that, I limited myself only to the plugs that come with S1 Pro. They are OK, but not particularly great.

For these live concerts, I want to deliver it as a collection of the individual songs (10 songs in this case.) With Cubase, I group the tracks and then quickly slice the songs using alt+click from the default tool. With S1, you can group the tracks, but you have to use a separate tool to do the splits. That’s not a huge deal, but awkward for an operation that can be very common.

With Cubase, I trim and fade the ends of each song,use the P command and then add a marker for that range corresponding to the song. And then I change the marker name to be the name I want on the final MP3 file. With S1, there is no concept of a range marker, so the best you can do is add a marker between each song and do the trimming and fades in the mastering mode. Again, that isn’t terrible, just not as quick as what I can do in Cubase.

Here’s the big problem with that workflow. With S1, you will have to go into the mastering mode to finish up. That’s OK. But the big problem is that even though I have named the markers with the song name, S1 creates a separate FOLDER with each of the song names, but the exported file is simply named MIXDOWN. There is no way to get S1 to name the files based on the markers. I found complaints about this all the way back to 2013 and it still hasn’t been fixed. That’s really lousy because you have to manually import each song into the mastering module. You will either have to rename the files manually or else rename the corresponding objects in the mastering mode. The files should be dumped into a single folder with each file inheriting the name of its marker. If we had that, then one could simply drag the entire folder into the mastering mode and be practically done. With 10 songs in the collection, this is honestly an extra 4-5 minutes of completely redundant effort. Really mind boggling that they would have done it this way and not fixed it through about 6 releases.

Another minor quibble, S1 provides the “Fat Channel” plug-in, which corresponds to the same function built into all their digital mixers. That’s nice. If you record on a Presonus mixer, the Fat Channel plug-ins are added and given the same settings you had in the mixer. But the EQ doesn’t show the waveform. You would think in 2020, any curve-based EQ would at least have the option to show the waveform.