What is the best way to get decent vocal sounds in Dorico?

The vocal sounds struggle! It seems like all the options are inadequate. Noteperformer’s vocal sounds are pretty bad, in contrast to the rest of engine. The Olympus Micro choir sounds pretty cheesy and doesn’t seem to do solo voices. The Halion sounds pretty bad too. I know voice is hard! Suggests out there? Does the VSL vocal library work in Sibelius?

Also the EWQL play engine is completely befuddling to use.

Oohs and Aaahs are always going to sound ‘cheesy’, because the attack you need on some syllables doesn’t match the legato you need on others.

Speech synthesis sounds like … well, speech synthesis. And spoken synthetic libraries have hundreds of phonemes recorded, so to record each of those sung on lots of different pitches (multiplied by dynamics, etc) is a huge job.

Most of the time, I use my own special blend of voice samples that I’ve put together in ARIA, which works as well as anything.

I’ve read somewhere on this forum (but I cant find it now) that you could use noteperformers brass sound (Cornet, Trombone etc.), which I now mostly use for proof reading, as it gives a much clearer sound.

you can get half decent vocal sounds from a few libraries which you have to pay for (Soundiron, Strezov, Prague soloists etc) but there is nothing which will give you decent singing. I use EW Symphonic Choirs which has had a number of different threads devoted to it if you search. It is the only one that can sing in four parts with text in any language using the Wordbuilder feature which works for me perfectly OK in Dorico using the correct version of PLAY, although some have had problems. Befuddling is a fair description but at the present time, we live in a world of virtual choirs where beggars can’t be choosers.

Ben, thanks for the suggestion of SoundIron Requiem Light. I’ll look into it. Hoping for a solution that at least has somewhat less cheese, and not too hard to set up.

Dko22, BenWiggly, or others, would you know if VSL Voices of Opera are a key-switch mapping nightmare not for the faint of heart, and really only a DAW thing. Or has someone figured out how to get it to work in Dorico? Their samples on their site sound really impressive.

VSL does sound very good. But it’s dongle-only, so ‘it’s a No from me’.

not quite sure what you mean here as I’m not aware of anything called Voices of Opera. If I haven’t missed something, then probably you mean the VI Vienna Solo Voices which indeed don’t sound bad to me – better at any rate than the rightly slammed Choirs which came out over a decade ago as being VSL’s worst product (at least until the Synchron strings…) – and not unreasonably priced. That’s all assuming you don’t need text.

It will almost certainly require an Expression Map for keyswitch mapping but it’s not as hard to create your own as you might think and there might even already be a Cubase one for instance which could serve as a guide to get started. Keyswitch mapping is in general much easier in Dorico as well as being more powerful than in Cubase or any other DAW I’m aware of. If there’s such a thing as a DAW-only library, I’ve yet to see it. Libraries like CSS or Spitfire may advertise themselves as being notation incompatible but this is generally nonsense as the vendors are mostly unaware of how powerful Dorico has become. EastWest SC requires no programming at all in Dorico as it just uses the default map which is the good thing. The bad you’re already aware of!

All VSL products require the same dongle that Dorico uses and both will be getting rid of it in the not too distant future. VSL may be going down the iLok road in some form whereas Dorico won’t be but that’s all in the future anyway.

I use Pipa with Dorico and I like it

A singing wavetable- and granulating synth with lots of expression.

I use Pipa with Dorico and I like it

Ooh, I like that. Cheap, tiny on the disk, configurable.

And it sounds good!

Voices of Opera (it’s EastWest, not VSL) sounds gorgeous, but is very limited in terms of word-forming. It doesn’t use wordbuilder. I haven’t tried running it from Dorico, the experience with their Symphonic Choirs being discouraging.

All, thanks for the suggestions! I will explore these ideas.

One additional possibility: What luck have folks had with Kontakt or Soundiron vocal products like Voices of Gaia and Voices of Rapture? Or Olympus Symphonic Choir? (I know the Olympus Micro Choir is included in Dorico 3.5, but I’m particularly interested in solo voices, especially operatic.)

EWQL Background singers or Voices of Passion have a library of sampled phrases - if a particular phrase or vocalization works for you in a certain kind of piece like in a trailer or something. Realistic but limited to what they actually sang and how they sang it.

I haven’t really used this, but Spitfire has a freebie: 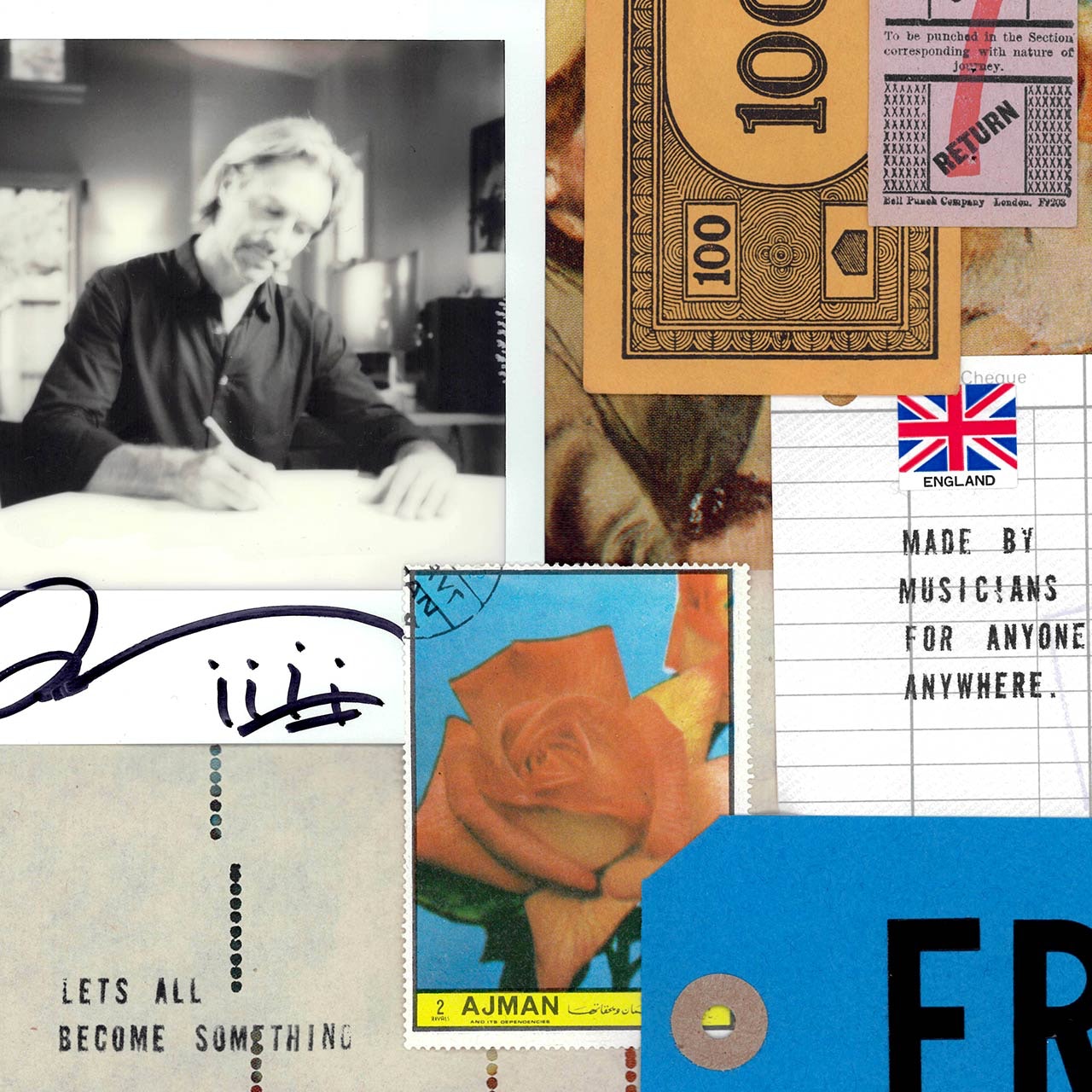 I guess it’s sort of an intro to their Eric Whitacre Choir library. Obviously it’s going to be limited, but the price is right anyway! Since they are free, I’ve found some of their LABS libraries are worth playing around with anyway.

I tried the LABS samples: I can’t remember what it was that I didn’t like about it, but it wasn’t very good, IMO.

Oh well, not surprising for free, I guess. I’ve used their free Wurli for something before and thought it was decent.

I don’t have to use vocals a lot for mockups, but when I have to I’ve been using the VSL Synchon-ized SE Vol 4 library. With the Dorico expression maps VSL provides, it’s easy to set up. If anyone wants to hear it compared to something you own, just post a Dorico file, I’ll load that playback template, export audio, and post it here.

Just adding to this thread:

I’ve dispensed with Symphonic Choirs, simply because of stability problems with the VST, and the fact that Word builder didn’t work.
The little Pipa VST listed above also caused crashes in Dorico on Quit.

Anything that’s just doing “Aaahs” is only going to give the impression of a voice, in the same way that an Impressionist does an exaggeration or ‘essence’ of Shatner, rather than a facsimile. Anything else is just going to require lots of work, and still sound a bit artificial. But I’m actually OK with an “Impression”.

SoundIron’s Requiem Lite voices would be good if they weren’t so dreadfully flat - and that goes for the Olympus voices, too.

Noteperformer is surprisingly good for parts songs and motets, but ironically it’s poorly balanced as a choir against NP’s instruments. (Also, no way to turn down the vibrato, as with many singers.)

In the end, I’ve actully created my own “choral instrument” by layering the Garritan GPO5 choir voices together with some of the Logic Pro choir samples, as ‘an instrument’ in ARIA Player.

It particularly works well as a solo or choir against an orchestra.

The real problem is that you want different levels of articulation on different notes - repeated notes and short notes need more accent than other notes in a legato phrase. The wrong level of articulation in the wrong place is what makes it sound artificial. I guess I could try crossfading to other vowels just to mix it up a bit…

I hate to have to contradict here but the Symphonic Choirs Wordbuilder does work for me and for several other people who have posted on other threads on this subject. It even works in VE Pro. It may be that it doesn’t work for you because you are trying to achieve something beyond what it’s capable of doing – no-one will pretend it’s easy to get to grips with – or that you’re using Play 6 or doing something wrong. But to say simply it doesn’t work may only put off people like the OP who might want to give it a try. It is also mostly stable on my machine.

The problem is quite simply that there is nothing else out there with similar features if you do want a choir to sing what you have written, irrespective of language. Some may think it’s not worth the effort and that’s a perfectly reasonable point of view. But it’s not the same as it not working. And it’s possible that when EWQL new Opus software is made available (as a paid upgrade to non-subscribers) that it might work with SC which could make for a whole new ballgame, though I won’t hold my breath just yet.