What's a good (cheap) soundcard to get?

In a recent thread here (https://forums.steinberg.net/t/yet-another-no-sound-problem-i-hope-this-is-some-simple-mistake/778225 ) and also in VI-Control people are advising me to get a dedicated soundcard instead of using my PC’s built-in one. So I wanted to explore that.

I don’t need to record audio

For your type of application I use a Dr DAC Nano from ESI but they’re unfortunately no longer on sale. Comes with good ASIO drivers and can drive high impedance headphones if necessary. The U24 XL might be the nearest in terms of cost and simplicity.

I presume it’s actually a PCIe slot you have? The only thing I would ever put in a PCIe slot again is an RME interface, but that would already blow your budget. The reason? RME is the only company I know that does not abandon their drivers as soon as sales begin to wane.

My take is, if you want good and cheap, PCIe is not an option for you. Personally, I use an RME RayDAT with various analog kit attached via ADAT optical cable, but the next rig I build will probably use USB3, and probably an RME Digiface USB, meaning I can keep the same analog kit, and still enjoy rock-solid RME drivers.

USB3 (and in fact, USB2) is more than capable of delivering the bandwidth to achieve low audio latency, as long as the drivers are good enough. In my experience, ESI USB drivers are good, and the U24 XL won’t break the bank. You might even find a Dr DAC Nano somewhere … !

USB3 (and in fact, USB2) is more than capable of delivering the bandwidth to achieve low audio latency, as long as the drivers are good enough. In my experience, ESI USB drivers are good, and the U24 XL won’t break the bank. You might even find a Dr DAC Nano somewhere … !

That looks promising. But remember, this is replacing a PC sound card so it’s driving a 3.5mm stereo line-in connector to a cheap Logitech powered speaker. I see the U24XL outputs to two 1/4" separate left and right channels. I assume I can get or make a physical Y-adapter, but will the impedance and signal level match?

And with these drivers and the right settings I’ll be able to play all the audio sources on my PC through this thing and not just Cubase?

I assume I can get or make a physical Y-adapter, but will the impedance and signal level match?

Yes. Your “cheap Logitech powered speaker” will have a relatively high input impedance anyway, so I wouldn’t worry about impedance matching (that should be the least of your worries).

And with these drivers and the right settings I’ll be able to play all the audio sources on my PC through this thing and not just Cubase?

Windows should see it as just another sound device, so yes. Cubase will see it if you use the “Generic ASIO …” or whatever it’s called, but if you install the ESI ASIO drivers you’ll be able to use it at the lowest latency from within Cubase once you select it as the driver there.

I’ve been using the Generic Low Latency ASIO driver. There has been mixed opinion on this forum about whether to use manufacturers’ drivers - some people here have been saying we should only use ASIO drivers so, as a Cubase noob, that’s what I’ve been doing.

Use whatever works for you, and I don’t mean that in a flippant way. There are so many possible variations of hardware and drivers that it’s literally impossible to know what works best, so I can only say that, from my experience, I’ve found both ESI and RME products, and their drivers, to be very good.

You might tell us what problem, exactly, you need to solve though.

This particular decision was based on an experience last week where I lost several days of work in Cubase because I could get no sound from it - https://forums.steinberg.net/t/yet-another-no-sound-problem-i-hope-this-is-some-simple-mistake/778225/27 - after innocently plugging and unplugging my headphones from my PC headphone jack. I related this both here and on VI-Control and in both forums was told I shouldn’t be using the stock RealTek sound chips that cam with my PC. So that’s why I want to get some different sound hardware.

The driver aspect of it is that as a Cubase noob I’ve been told many times here to use ASIO drivers. When I started I was using ASIO4All but had problems sharing multiple sources on my PC, e.g., switching between the browser playing Vimeo and Cubase, so I switched to the Generic Low Latency ASIO driver. I want to spend my time making music and NOT tinkering with configurations or debugging problems.

A few months ago I started up Adobe Premiere Pro and got no video. But I also got a message on my screen from Adobe that due to a recent update in Premiere Pro I needed to update my video driver. The message included a link to the NVidia webpage where the correct driver was located and instructions on how to install it. Switching over was easy-peasy and took minutes. Nothing else that used video on my PC was affected. I want it to be that easy with Cubase - “For this version of Cubase and that Sound Card, use this driver” Most of us are musicians, not IT specialists who like to experiment with drivers.

Intergrated sound cards like Realtek ones, are not bad at all (in terms of audio quality).
Your sound issue is simply due to improper configuration.

Keep in mind that even if you buy a PCIe sound card it may behave the same way as the motherboard integrated Realtek sound card unless stated in its user manual, that is, physically unplugging the jack cable may cause the computer to switch off this channel, causing any application that uses it to abruptly lose the connection.
That is why anyone would recommend buying an external interface. No one is asking you to buy an audiophile interface, if you are on a budget, just get a Behringer UMC202HD which have multi-client asio driver.

I have shared additional technical information on your other Topic 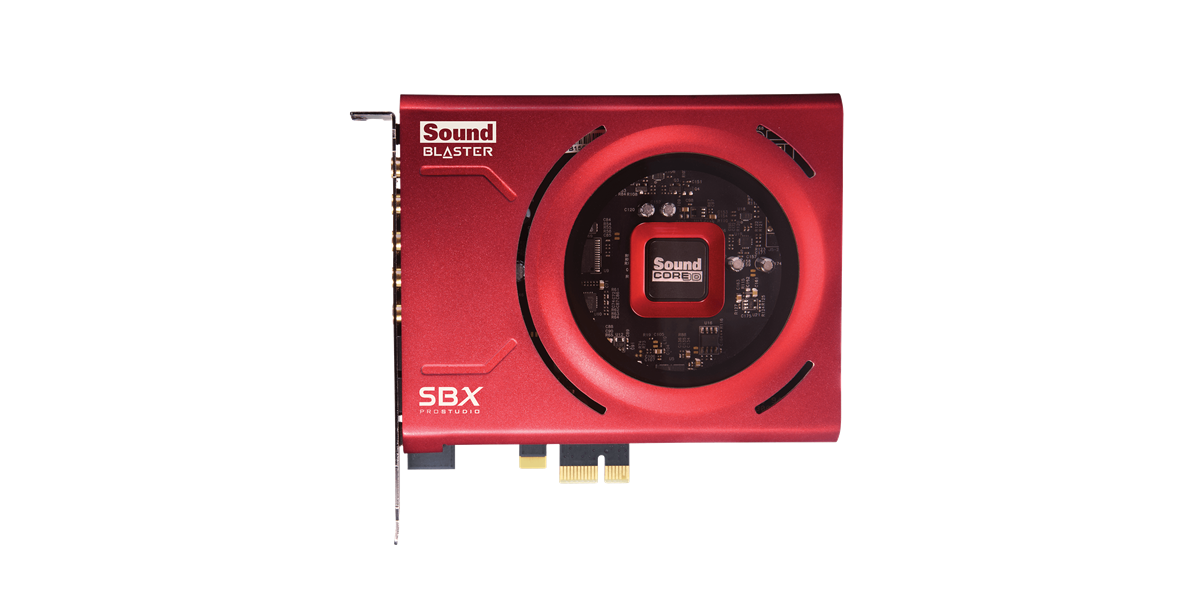 Our latest Sound Blaster Z SE comes with updated features designed for effortless audio enjoyment, including a myriad of pre-tuned presets like Mic EQs, Headphones EQs, as well as Gaming Profiles, all aimed to enhance your gaming and entertainment...

The neat thing about it is the included ASIO driver…

Important: If you use S/PDIF optical audio, you need to select the option to send the digital output to S/PDIF in the Sound Blaster settings.

I just had a look on ebay, there is an rme hammerfall 9632 pci card for 261 Australian dollars and something similar for $309, this is pci, not pcie.
in fact there are 5 or 6 cards like this, similar price. Depending on what you need, you may need a breakout cable, this would add around $100 to the cost. You could do far worse than to grab one of these. As mentioned, RME keeps up driver support for decades. Good Luck.

If I have to buy an “audio interface” with all kinds of bells and whistles like XLR plugs with 48V phantom power, low noise preamps, MIDI input, etc that I have no use for, then what about one made by Steinberg such as the UR22MkII, to keep it in the family? Steinberg/Yamaha is a major company that’s not likely to go away, so can I expect support and updated drivers? Does keeping it in the family reduce driver problems?

Also most of these “audio interfaces” such as the UR22mkII seem to output to a pair (L,R) of 1/4" phono jacks. Are there any issues (e.g., impedance or voltage mismatch) to using a Y-adapter to send these to my cheapo Logitech powered speakers that use a 3.5mm stereo plug?

I would recommend a Focusrite interface, like the Scarlett solo if you really don’t need much at all:

Or if that’s a bit too little for you, just get the Scarlett 2i2 instead. It’s plenty good quality. I have used the Scarlett series myself and they are perfectly good quality for a cheap interface. Just get this and don’t think about it anymore.

There’s two reasons that you should not get an internal soundcard vs a simple USB device like this:
First reason is that the USB piece can go with you to any other device in the future so it’s future-proof, whereas your internal PCIe soundcard cannot (without a fancy chassis which would be silly).
The second reason is because you have a tactile volume knob on the interface where you do not on the sound card. Having that volume knob right there is super handy.

Absolutely, the UR22mkII will fit your needs, just that it is quite large and the drivers aren’t very convenient (you have to open it through a shortcut), though they are stable and updated regularly.

Another choice is the Presonus AudioBox GO which is almost a quarter of the UR22mkII in terms of size, and the drivers interface is more user-friendly.

Sure you can use an Y adapter cable, and there won’t be any issues with the impedance, just set the levels accordingly.

Just to put this thread out of its misery I’ve ordered the UR22MkII to keep it all in the family and hopefully mimimise driver problems that way. I expect to have it by the end of the week.

Thanks to everyone for all your advice and opinions.

Everyone have a good day!

Have a good day too.

Hello, how’s the interface doing ? Did you manage to make everything work ?