Hi, I’ve been waiting for a fix for this since 9.5, and it still seems broken. Is it still on the radar?

I have the same setup as described in the above post.
Basically it seems that the Automation Lane is still overriding the “Last Value” found in a MIDI region once playback has gone past that MIDI region.
It worked fine before CP9.5

Here is a logged bug report where automation was completely override a MIDI region which isn’t the case anymore.
https://www.steinberg.net/forums/viewtopic.php?f=253&t=129289

However, the problem still remains that “Last Value” is not being calculated correctly.
Steps to produce:

(In Preferences-MIDI, ensure that in “Chase Events” “Controller” and “Chase not limited to Part Boundaries” are checked.)

I can workaround by gluing all my midi regions together, but it’s really annoying to be overdubbing a spiccato harmony on top of an existing spiccato string line and when I hit the end of the existing MIDI region, the automation takes over and changes my patch back to “longs”. This is one of several annoyances caused by this persisting bug.

Any word on this???
Thanks!

This makes sense. I’ve never understood what Part Range mode meant, but the wording seems to be exactly the same as the behavior—The MIDI automation functions only in the part range and then reverts back to the Automation Lane.

Yes, Replace 2 seems to be broken and doing the same thing as Replace 1

Yeah, seems like this is the same issue.
Basically Automation Lanes take over once a midi region ends. This happens regardless of whether the Automation lane has a data point after the MIDI region or not.

10.5.20 Still didn’t fix the broken “Last Value Continues”
hoping for it in a maintenance update.

bumping this. Hoping that someone from Steinberg can at least confirm that they are aware this is broken?

As CP11 nears, I’m making a big plea to fix this bug. Or at least acknowledge that it’s there?


Before 9.5.10, “last value continues” would maintain the last value on the track whether it be in a MIDI region or on the automation lane. This was extremely helpful for tracks where CC data controls articulations, mic levels, filters, etc. for a VI.

“last value continues” behaving the same way as “part range” forces me to glue all my MIDI regions together from beginning to end to avoid problems when a midi region ends and CCs snap back to the automation lane values from the beginning of my project.

I have hundreds of tracks in my template that have multiple CC points to “reset” my external instruments. It is a real pain in many respects to have the automation lane data from the very beginning of the project immediately take over at the end of a MIDI region.

It’s disappointing that you haven’t had a response to this issue. I see it too.
In fact it seems to be worse in Cubase 11.
I use the Halion 6 string sounds in Symphonic Orchestra. They use CC1 for articulation.
Now with v11 they not only lose the value at the end of a part, you only have to press Stop while listening back and the mod value has been lost when you press play again. Not until the track encounters another CC “dot” value does it pick up. The Automation Merge mode setting seems to have no effect.
I don’t recall this issue in earlier versions, although it may have existed in v10: I wasn’t doing orchestral stuff at that time.
UPDATE: I’ve created a new project to test this and didn’t find the same problem. The MIDI tracks that showed the problem were imported from another project. If I find out why they behave differently I’ll post back.

Here’s a video showing the issue. Sorry it took a while.
As you can see, “Last Value Continues” is not functioning the way it should.
Problem has been since 9.5. Still not fixed in 11.

Cubase 12 and “Last Value Continues” is STILL broken. Over 5 years now!!!
It behaves the same as “Part Range”

Is it possible to at least get confirmation on this from Steinberg? 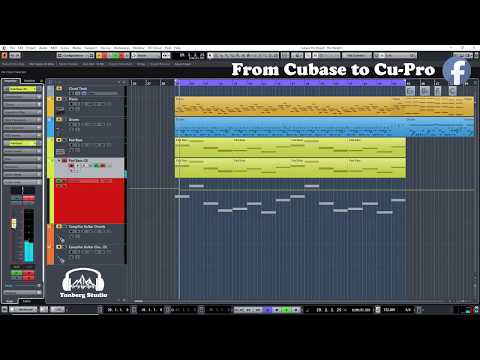 I appreciate the suggestion Ehabmxd, but the video shows the exact opposite of the intended functionality.

Those Nuendo users are ‘happier’ than us Cubase users because Nuendo works just like the video above without making any dots at the end.