Hello Dorico team and personally @John_at_Steinberg,
I hope you are all doing well after Christmas!

Would be really nice if we have Playback Template, and VE Pro Template for Cremona Quartet.
One of the most finest and realistic sounding libraries for solo instruments. 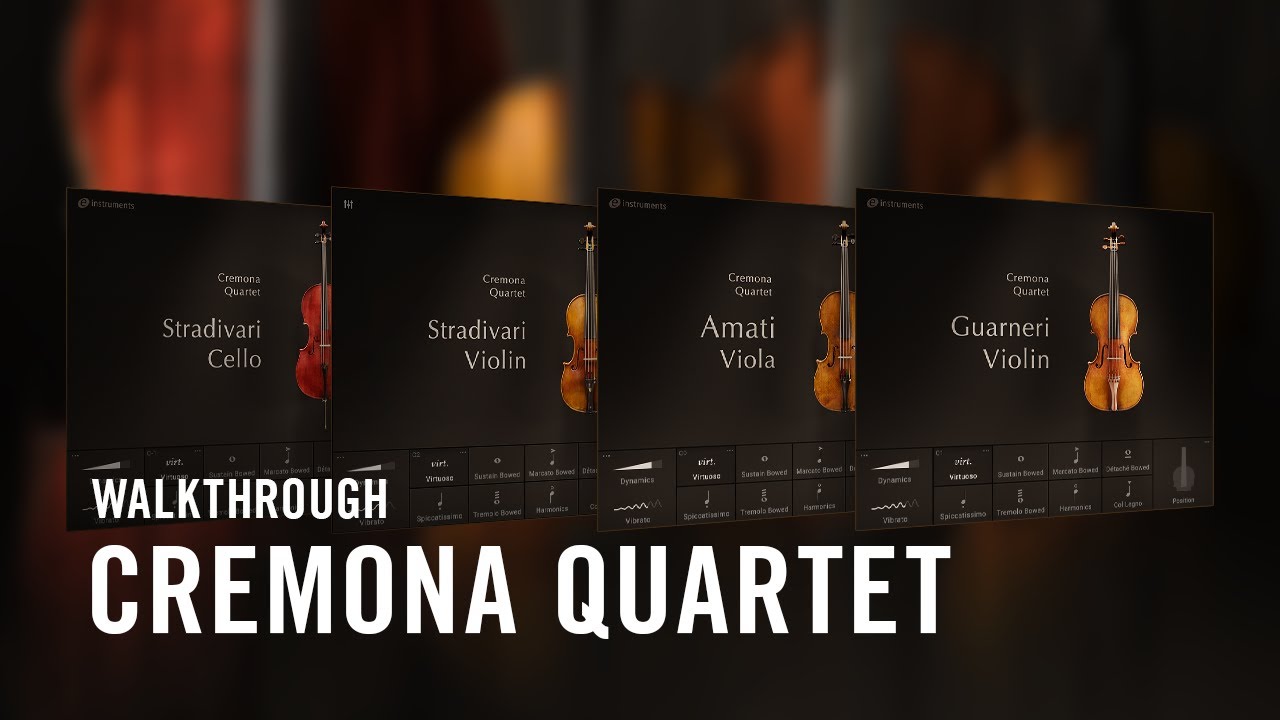 The video gives more details about the library.

Thank you in advance!

We cannot produce playback templates for every virtual instrument. Perhaps you or another user would like to have a go at creating it?

I would also like a template for this VI, but I still don’t feel comfortable making one adequately. I’d be happy to pitch in a few bucks (quid?) if a more experienced user was willing to create one.

Well, unfortunately the playback template creation will be a bit difficult. Some of the parameters
cannot be assigned to keyswitches, nor to CCs like “Fingered Legato, Bowed, Runs and Portamento”, as well as the Performance “High String, Smart and Low String”. The library sounds great, but the interface isn’t enough flexible and well designed…
The developers should make all the parameters CC assignable.

String position is CC21, bow change through a keyswitch , portamento with higher velocity, vibrato CC15 etc – do I need to go on (this is from the manual on the cello) ? If a library was not programmable, it would be useless for anything other than live playing and probably wouldn’t sell. If it’s programmable in Logic or Cubase, it’s almost certainly programmable in Dorico the same basic way looking fairly briefly into the documentation that the CSS solo strings are. Despite being officially “incompatible”, I’m pretty happy with two large-scale works I programmed for CSS SS and see no reason why the same couldn’t be done for Cremona until someone proves the contrary.

Unfortunately, listening to the tutorial and demos, I think the sound is too cold for my taste though could work nicely for early music and there are some rather beautiful faster articulations.

@dko22 hello,
Well, some of the parameters are programmable but not all. For example “Con Sordino” isn’t factory assigned, nor even can be assigned to any controller… Would be far better if we can switch between “Fingered, Bowed, Runs and Portamento” by using CCs, this would reduce the number of library instances per instrument.
Surely they need to do some improvements on the interface.

I’m sure you’re right that there could be interface improvements, I’ve really just tried to familiarise myself with the basics. As for con sord, I can’t find a controller either. Obviously it takes several seconds to attach mutes so mostly entire movements or sections will be played in this way but how you’re supposed to record the changes in a DAW or Dorico on this one, I have no idea!

Obviously the developers should make any parameter which might change during the course of the work assignable in some way. I’m with you on that one.

@dspreadbury and @John_at_Steinberg hello,
I’m almost ready with the template for Cremona Quartet + VE Pro. There are just very few things that I can’t make them work. So, I will need just a little help from someone of you to fix the problems.
Тhe main problem is the Glissando/Portamento assignment. Unfortunately I can’t make it works.
I had tried to use “on events”, or “off events”, but I can’t make the expression map to trigger the Keyswitch for Sustain Portamento and Marcato Portamento.
Just tell me to whom I should send the files.

Тhank you very much in advance!

You’re probably better off emailing John than me, since he’s much more experienced in working on playback templates than I am. However, I don’t think John actually has the Cremona Quartet library, so the extent to which he would be able to help might be limited by that. Anyway, you can drop him a line at j dot barron at steinberg dot de, but please be patient when it comes to a response. Everybody has been enjoying some welcome time off over the Christmas and New Year period and I’m sure he will have a hefty workload of things to work through when he returns to work next week.

I wish long life, good health, happiness, music, passion and success to all of you!

Here is my present for you:
Template for the awesome Cremona String Quartet Library.

The whole needed information could be found in the Cremona Quartet and VE Pro README.pdf

I wish successful year to all of you!

Thanks, Thurisaz. This is so generous of you!